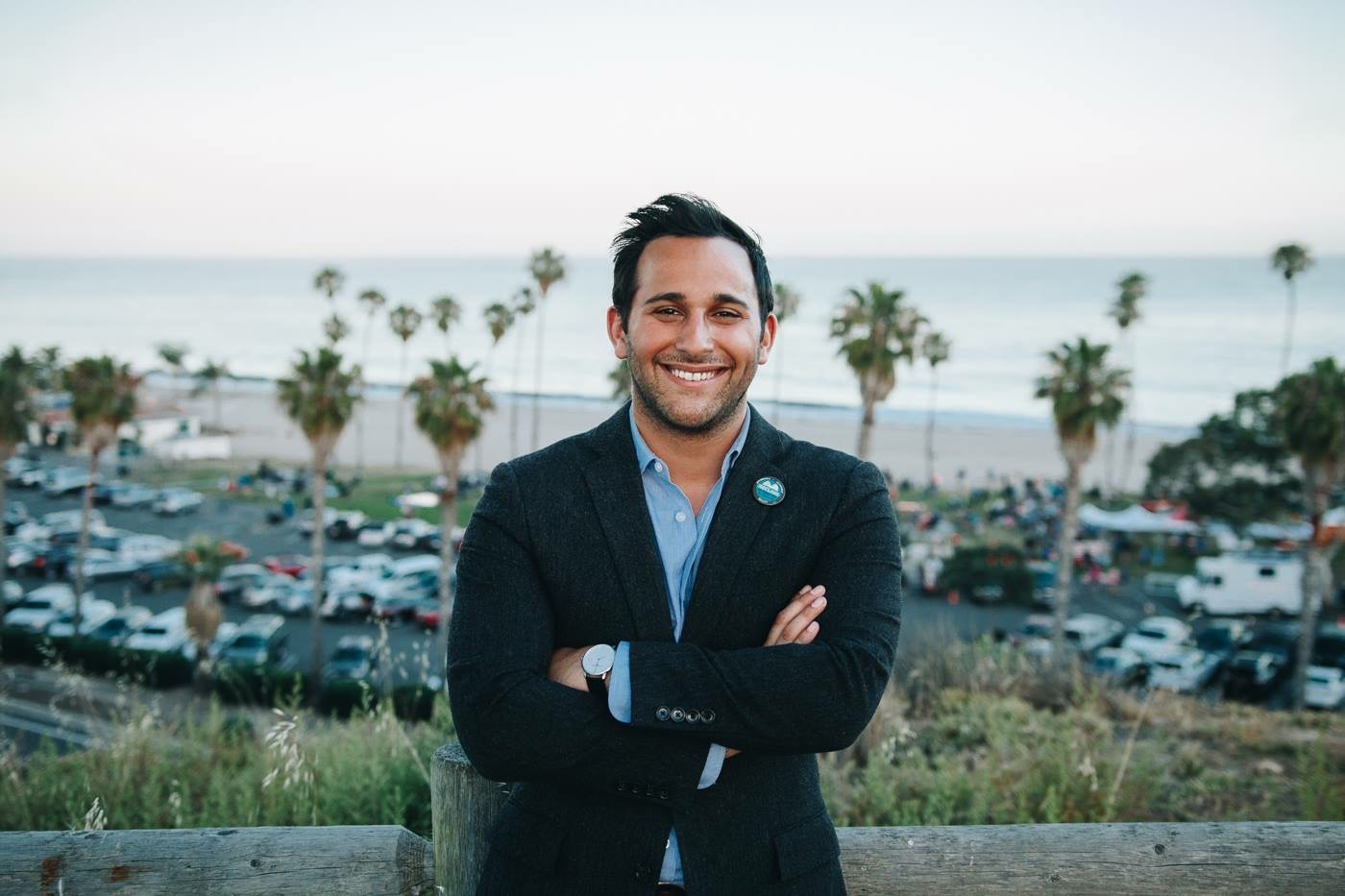 Limón, whose term in the Assembly wraps up next year, announced this past weekend that she will be running for State Senate in the 2020 election, leaving her seat open next year with no clear successor. As assemblymember, Limón represents parts of Santa Barbara and Ventura counties and has drafted up a number of California bills related to coastal resources, childcare and women’s issues, among others.

At 27, Abboud is by far the youngest candidate to announce his candidacy for the seat so far. He began his political career as UC Santa Barbara’s Residential Housing Association (RHA) President during the 2012-2013 school year and the Associated Students (A.S.) President during the 2013-2014 school year. He graduated from UCSB in 2014 with a degree in political science and completed a master’s degree in technology management in 2017.

As a long-term I.V. resident who has been in the college town since 2010, Abboud’s roots extend beyond the university; he was integral to the campaign that created Isla Vista’s first local government and secured funding for Isla Vista Community Services District (I.V. CSD) and has served as the government’s general manager since Nov. 2017. He also currently serves as a member of the Santa Barbara City College Board of Trustees and has held the position since 2014.

Abboud told the Nexus in an interview that for the past five years, he’s been “working on strengthening democracy in my town,” referencing his work on the Measures E, F and R campaigns to create and fund the I.V. CSD respectively.

“I’ve done a lot in the past nine years to contribute to the community and learn about state issues and engage with issues that affect the local and state level,” he said. “I want to take what I’ve learned of how democracy can be different here to the state level and take our values to apply to the whole state.”

But his latest venture to the statewide level was brought on by “imminent issues” affecting all Californians, Abboud said.

He cited “continued divestment in education,” “climate change” and “strengthening our democracy” as reasons for why he has decided to enter the race now. He added that he is the “only candidate in the race right now who has experience in the education sector.”

Abboud did not list any concrete points he would tackle if elected, and declined to further elaborate on his platform, stating he is “getting [his] campaign organization together.” He also declined to name his campaign managers.

“My philosophy as a candidate is that we all prosper only when everyone prospers,” he said. “There’s a lot of work we need to do about strengthening our democracy and making sure people can fully participate.”

When is this dude going to grow up and get a real job?

Being a public servant is a real job. Anything that makes someone money is a job.

Have only ever heard bad things about him. Huge ego and rude.

His signature achievement was creating a new tax that Isla Vistans must pay.

It would show the stupidity of people in this district if this clown gets elected to office.