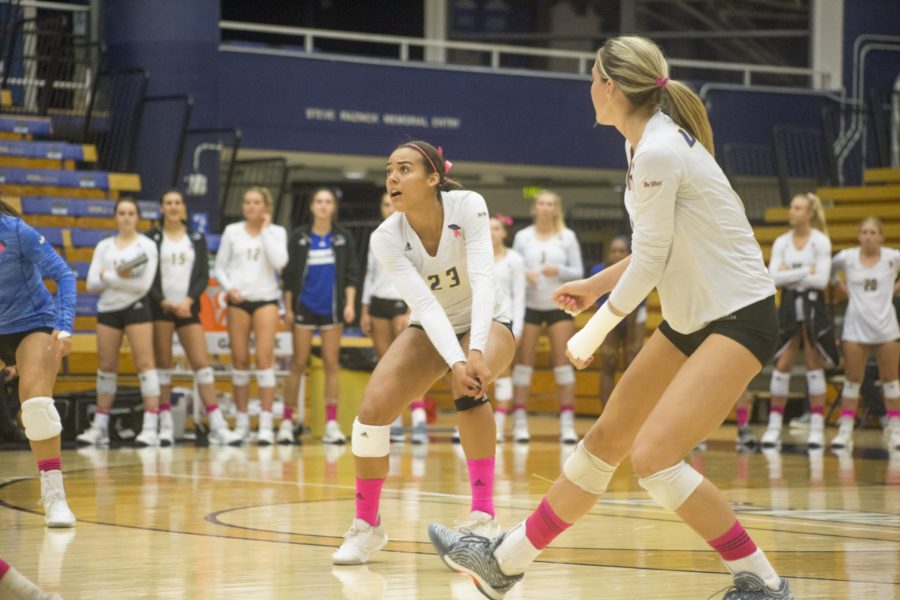 The UCSB women’s volleyball team will play Cal State Northridge, UC Irvine and Cal State Fullerton after having defeated both UCLA (3-0) and Pepperdine (3-2) this past weekend.

UCSB swept UCLA last Wednesday on the back of Lindsey Ruddins, who continues to dominate offensively.

Ruddins posted 17 kills against the Bruins and added another 19 in Friday’s win over Pepperdine.

In fact, prior to their matchup, only three teams had won two or more sets against the Gauchos this season. Wyoming won sets two and three before conceding the fourth and fifth while VCU also lost the fourth and fifth sets after going up 2-1. Aside from the loss to Colorado back in August, the Gauchos have began to truly separate themselves from the teams that are simply good, and they are becoming great.

UCSB will face off against CSUN this Tuesday in what should be a tough matchup, but nevertheless, should end in a win. CSUN is 5-7 on the season, but are in the midst of a remarkable turnaround that has seen them win five of their last seven games and four of their last five.

The Matadors are led by sophomore Seyvion Waggoner and her 172 kills. It is hard to believe that CSUN has even lost seven games considering the depth of their lineup. Ruddins currently leads UCSB in kills with 188, but second place Tallulah Froley has 104, far off from Nicole Nevarez, who is second on the Matadors with 123.

If this matchup is anything like the statistics, expect long sets and devastating kills.

The Gauchos will travel to UC Irvine on Friday to face what should be one of their less difficult matchups of the season having lost both fixtures against the Anteaters last season.

The Anteaters have stumbled out of the gate to a 3-9 record, including three losses in their last four games. They were swept by Pepperdine just last week, a team the Gauchos took down just a few days ago. If that’s not a telling sign of what’s to come, I don’t know what is.

Ruddins posted a combined 44 kills in the two games against UCI last year including a double-double in both kills and digs (23, 18) at the Thunderdome. She’ll be looking to continue her hot streak against a very beatable team.

Standout performers for the Anteaters last year include Ali Koumelis and Haley Desales, who have since graduated.

While the Anteaters were able to pull away with two wins in two games against the Gauchos last season, they’ve been forced to shuffle their lineup while the Gauchos have seemingly done nothing but strengthen theirs.

UCSB will hit the road again where they will face Cal State Fullerton on Saturday. Fullerton’s 7-3 record in their last 10 is perhaps a bit kind. They’ve lost two of their last four, including a sweep by North Texas, after having only lost back in August. Further, both of those two wins were reverse sweeps, suggesting that the Gauchos should be able to capitalize early.

The difference between this season and last for UCSB is how clinical they’ve been. This season has shown us that the Gauchos aren’t too happy about being down in a match, that they’ve rallied from behind to win and that they’ve shut down opponents without fear.

A quick recap of last week’s matches would show that UCSB sophomore Olivia Lovenberg has continued to impress, posting 24 and 27 assists against UCLA and Pepperdine respectively, while Romoni Vivao was not far behind with 18 and 24. The Gauchos also posted 109 digs over the two games and once again proved they can hold their focus. Look for a composed Gaucho team to show up and play.

UCSB will take on CSUN Tuesday night at 7:00 p.m. while games against UCI and Fullerton will kickoff Friday and Saturday at 7:00 and 5:00 p.m. respectively.