The Daily Nexus
Sports
Gauchos Head North Searching for First Win of the Season
September 5, 2019 at 7:52 pm by Jake Ciccone 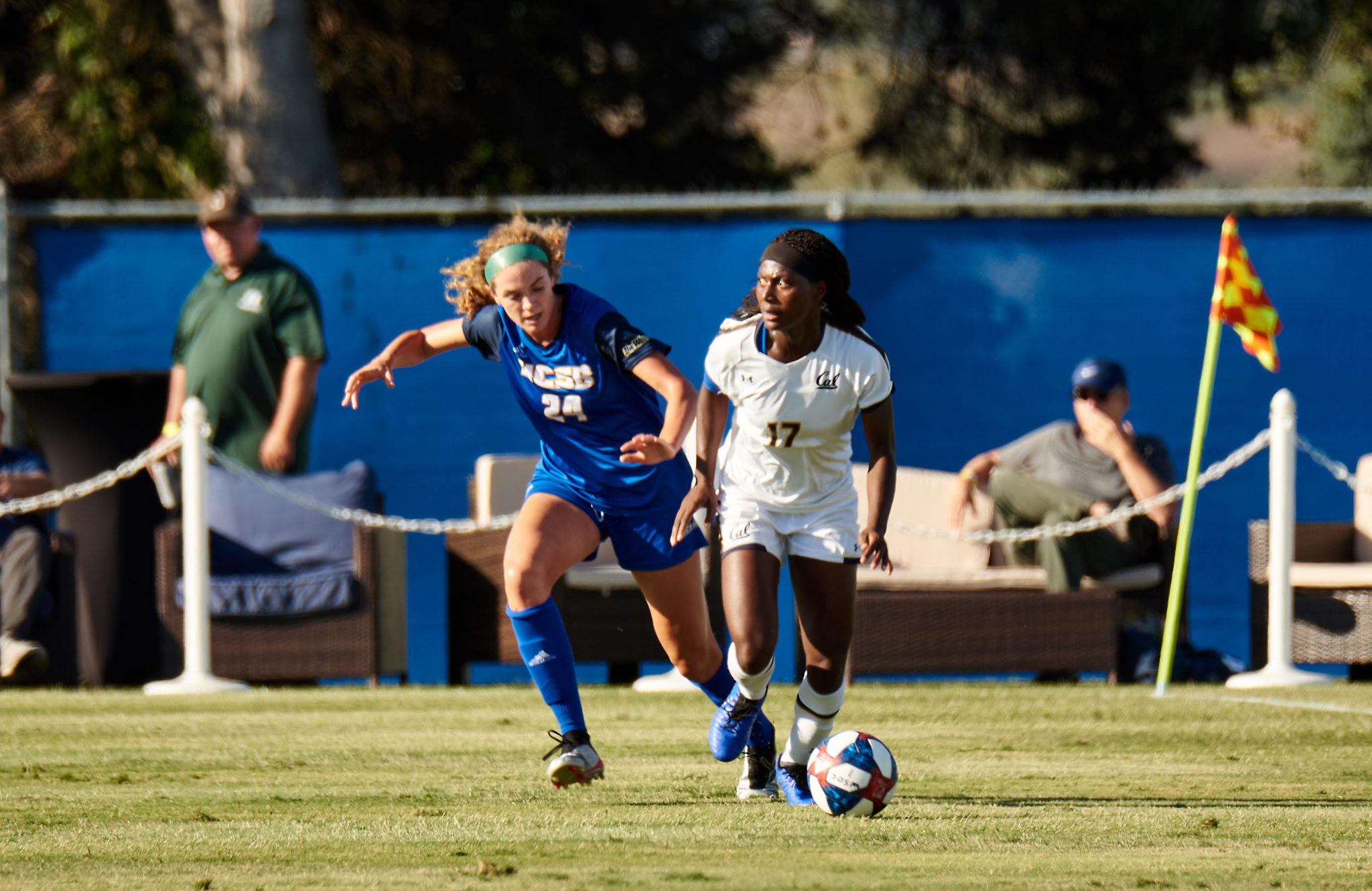 The UCSB women’s soccer team will hit the road for the first time this weekend and travel north to face the Montana Grizzlies on Friday and the Idaho Vandals on Sunday. In all-time matchups, Santa Barbara is 2-0-0 against Montana and 6-1-1 against Idaho, so they have fared well against these teams in the past. The Gauchos are still searching for their first win of the season as their loss to Cal last week dropped their overall record to 0-1-2.

The ‘Chos’ next opponent is also still aiming to get into the win column, as Montana has lost their last two games after draws in their first two, bringing their record to 0-2-2. Friday’s game will be Grizzlies’ first back at their home stadium in Missoula, which should surely give them a boost.

Montana has high expectations this season after being picked to finish third in the Big Sky. They return a pair of Honorable Mention All-Conference performers in junior goalkeeper Claire Howard and junior midfielder Kennedy Yost. Howard enjoyed a stellar sophomore campaign in 2018 that landed her on the Big Sky All-Tournament team in addition to her success in the regular season. She recorded 10 shutouts including three consecutive shutouts against higher-ranking opponents in the conference tournament to punch the Grizzlies’ ticket to the NCAA tournament. Yost started all 22 matches a season ago for the Grizzlies, scoring five goals on 45 shots. She has yet to put the ball in the net this season and she’ll definitely be looking to get off the schneid against UCSB.

The Gauchos must look to attack offensively and limit the impact of these two key players for Montana if they want to leave Missoula with a victory.

UCSB’s second game of the weekend will be played on Sunday in Moscow, Idaho against the 2-2 Idaho Vandals.

Idaho is also a member of the Big Sky, and this season they have enjoyed wins over both CSU Bakersfield and Oregon Tech, and they also suffered one-score losses against Boise State and Mississippi State.

The Vandals finished 9-7-3 a season ago and missed the NCAA tournament, and experts expect them to be a solid team this year because they were picked to finish fourth, behind Montana, in the Big Sky preseason polls.

Idaho returns two All-Conference members from a season ago: first-teamer senior forward Myah Merino as well as second-teamer junior midfielder Hadley Sbrega. The two both appeared in all 19 games for the Vandals, and combined to score six goals and tallied 14 points over the course of the season. Over the first four games of this season Merino recorded one assist along with one goal in their last contest against Mississippi State.

So far this season it has been sophomore Maddie Haas who has jumped out for Idaho, who, after not scoring a goal in 16 games during her freshman year, has two goals and one assist in the Vandals’ first four games to start 2019.

With Idaho being the Gauchos’ second quality opponent in three days, Sunday’s match is sure to be a battle of stamina and serve as a good early-season test for a team still trying to find its way.

UCSB has struggled mightily with scoring the ball over the past two games and it is possible that too much of the offensive responsibility is currently falling on the shoulders of their star Shaelan Murison. Murison has attempted 17 shots in the Gauchos’ first three games, 12 more than Jessica Wright and Cate Post, who are tied for second on the team in shots taken. So far, Cal has been the only opponent who has outshot the Gauchos in a game, but the large amount of shots taken have yet to translate to goals scored for the Blue and Gold. It will be interesting to see what adjustments Head Coach Paul Stumpf and his staff decide to make heading into this road trip to try and maximize the offensive production.