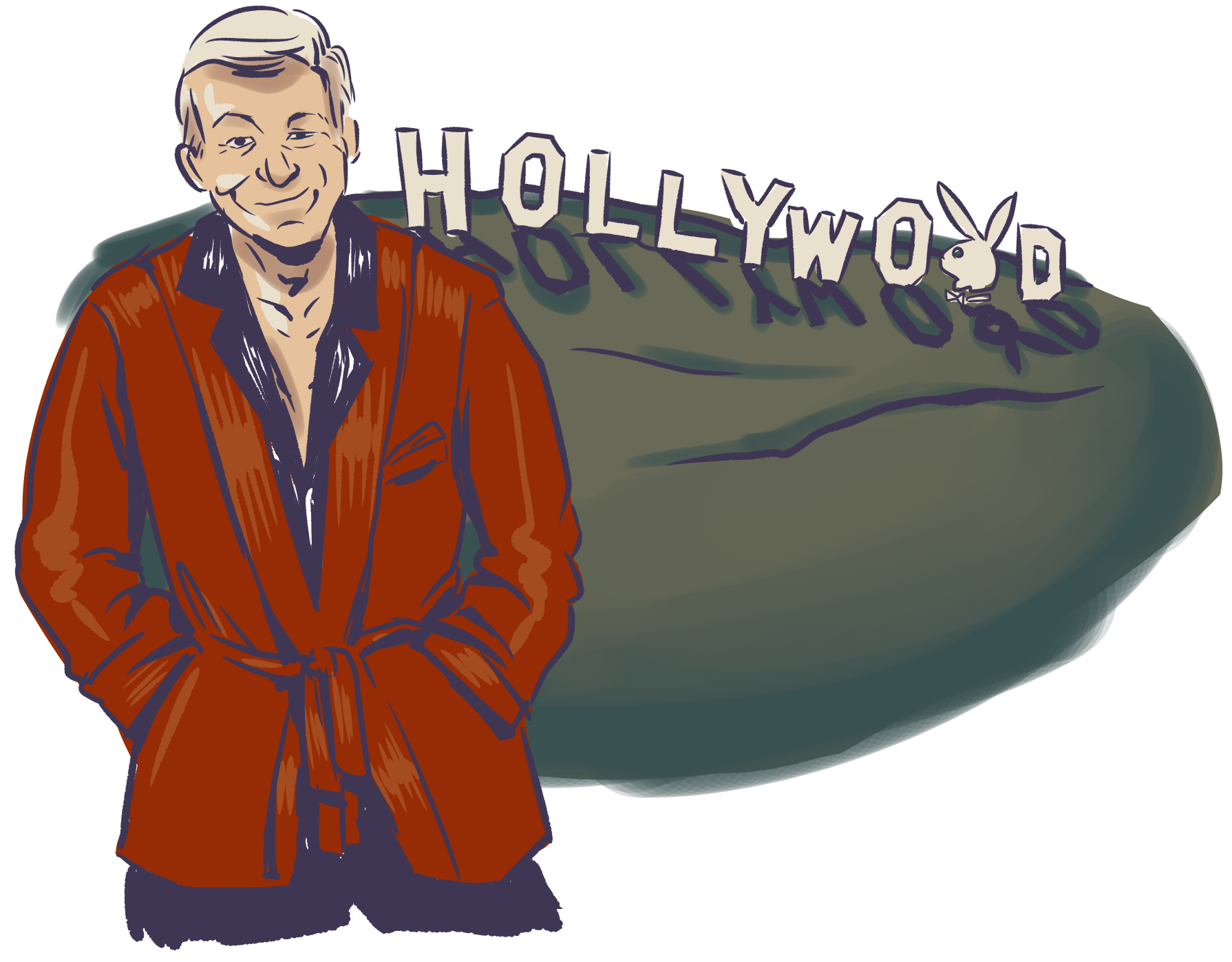 Most people wouldn’t call Playboy magazine creator Hugh Hefner an American hero. But most people would be wrong to ignore the heroic contributions of the dashing magazine publisher.

Though best known for the somewhat egregious reputation of his nudie magazine, Playboy, it is notable that Hefner worked to create one of the most recognizable brands in American history, among other accomplishments. He is the epitome of the American dream, a boy from Chicago who started a magazine with his life savings and a loan from his mother and leveraged nudes of Marilyn Monroe to achieve his dream of reaching the glitz of Hollywood. He grew that magazine into a booming enterprise that gave him fame, one sick hot tub grotto and all the live-in girlfriends he could ask for. After digging into Hefner’s contributions to society, I firmly believe that this wrongly categorized mogul should be reclassified under the hero status that he deserves.

Most brand logos are decorative afterthoughts; only a handful achieve instant recognizability. Sure, when you think of an apple, nowadays you’ll more readily think of your computer than the ruby fruit that has been around since the 12th century. However, upon reflection you realize that only a small, elite number of these logos are universally identifiable, regardless of language or culture.

But think about Playboy and the first thing that comes to mind is probably that classic bunny. Whose idea was that? You guessed it, Hefner.

That the historic bunny logo bears immediate association with Playboy magazine and Hefner is a sign of his marketing ingenuity. Hefner is quoted as saying, “The rabbit, the bunny, in America has a sexual meaning; and I chose it because it’s a fresh animal, shy, vivacious, jumping – sexy. First it smells you then it escapes, then it comes back, and you feel like caressing it, playing with it. A girl looks a lot like a bunny, playful and joking.” Clearly he was in touch with the desires of male consumers because to this day the infamous bunny is alive and hopping.

Additionally, Hefner was a style icon. He turned a red robe and a sailor cap into a symbol of salacious behavior. His look has stood the test of time, as you can find college girls roaming the streets of Isla Vista in this telltale getup to this day.

On a more serious note, Hefner made unquantifiable contributions to the publishing scene. His magazine, first published in 1953, broke from the norms of its time and marked the beginning of a movement of women owning their sexuality. The magazine’s photographs of fully naked women shocked and allured readers at the time.

Today, the magazine has become a leading supporter of social justice causes such as the #MeToo movement and the LBGTQ freedom of sexual expression movements, and has featured interviews with icons such as #MeToo movement leader Tarana Burke, civil rights leader Martin Luther King Jr. and Apple’s founder, Steve Jobs.

Hefner was committed to preserving the symbol of his American dream and the way of life he strived for and achieved.

But by far the most interesting and overlooked tidbit about Hefner is his dedication to preserving the historic Hollywood sign, a plight which has gone largely unnoticed by the public, though the sign’s absence, had he not stepped in, would have turned heads and sparked controversy.

Hefner first came to the aid of the landmark back in 1978 when he hosted a celebrity fundraiser to raise funds for the restoring of the sign. The sign was due to be taken down because it had fallen into disrepair.

Hefner came to the sign’s rescue again in 2010 when land conservation group The Trust for Public Land came about a million dollars short of the money they needed to save the sign from getting turned into luxury mansions in the hills. Luckily, a week before their fundraising deadline, our valiant hero was alerted and pitched in the last $900,000 to save the day. Hefner spoke to People back in 2010 about his dedication to saving the Hollywood sign, saying, “It’s become something iconic and represents not only the town but represents Hollywood dreams, and I think that’s something worth preserving.” Hefner was committed to preserving the symbol of his American dream and the way of life he strived for and achieved.

From the creation of a brand that today promotes a message of gender and sexual equality to the preservation of one of the West Coast’s most well-known landmarks, Hefner has made incomparable contributions to American culture.

Take Thomas Jefferson, one of our founding fathers. Do you also remember his reputation as a slave owner with a habit of impregnating his slaves? Or Bill Clinton, who is credited with stewarding the longest stretch of economic expansion in America and sustaining the lowest crime rate in 26 years. Do you think about him being a serial adulterer who cheated on his wife in the Oval Office? Whatever horrible things Hefner did is nothing worse than the actions of these other men, so how come he gets left out of this lauded club of heroes?

All jokes aside, while it’s all fun and games to say that Hefner is someone we should look up to, shouldn’t we hold those who are leaders within our society to a higher standard? Not just the publishers who influence the media that we consume daily, but also the CEOs and the senators. It has become a habit of Americans to ignore the behaviors that are ugly to look at, but in doing so we are teaching the next generation that it is okay for them to be, frankly, shitty people so long as they invent a flying car or become the President of the United States.

With Hefner’s passing in 2017, the world cried “send nudes for Hef” but, according to our hero standards, wouldn’t a statue be more appropriate?

You will not find Melanie Ziment out in IV on cold nights.

Melanie Ziment
Melanie Ziment serves as the 2021-2022 managing editor and previously as the 2020-2021 Opinion Editor. In her free time she enjoys dancing, reading, and switching her major.
2 Comments
Inline Feedbacks
View all comments

Melanie, with the scary amount of anti-semitism at UCSB you waste your time on this?