The Daily Nexus
Sports
Gauchos Set to Kick off Regular Season at Harder Stadium Against UNLV
August 30, 2019 at 5:42 am by Richard Benites 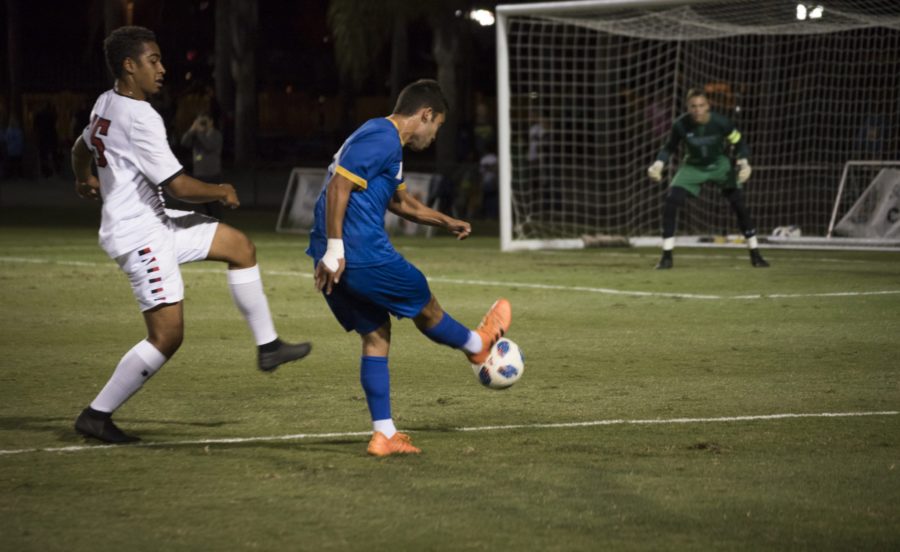 With the men’s soccer preseason all wrapped up now, the 2019-20 regular season is set to commence as UCSB will host UNLV this Friday. Starting with this matchup against the Rebels, all regular season games will begin to count toward each teams’ overall record; the Gauchos will face a total of 11 regular season opponents before their first conference matchup versus Sac State on Oct. 9.

The Gauchos enter their new campaign after coming off a 10-6-2 overall record the previous season, as well as a most recent 2-0 preseason record which included clean sheets in both bouts. With the greater expectations considering they are the early favorites in the Big West Conference, the team is poised for an excellent year that’ll hopefully carry them deep into the postseason.

In addition, UCSB’s home venue will surely be an added boost as Harder Stadium proved to be a fortress last year. The Gauchos went undefeated when playing at home last season, finishing with a 9-0-1 overall, an impressive feat, but the team will only begin to reach their full potential once it can clean up its away record.

As for UNLV, their 2018 campaign finished right at the .500 win percentage mark and a first-round WAC Tournament exit during the postseason. Having won more away games than at home, the Rebels’ overall record of 10-10-1 shows they’ll be a formidable foe that’s worthy of kicking off the Gauchos’ new season at Harder Stadium.

Historically, UNLV has the edge in this one as UCSB trails in the all-time series with a record of 11-16-4. The last time these two sides faced off came in a regular season confrontation, back in 2004, where the Gauchos also hosted and proved to be too much as they bested the visitors by a score of 4-0.

With the 2019 UCSB men’s soccer roster all ready to go, it’ll be interesting to see who will make Head Coach Tim Vom Steeg’s starting 11 for Friday’s opener. The battle for playtime on the defensive side of the ball will be a difficult one as players like junior Hunter Ashworth and seniors Noah Billingsley and Faouzi Taieb have proven that in order to see the field you’ll have to get the ball in the opposing net as much as you defend your own; together, the trio of defenders have combined for an impressive total of 10 goals and 9 assists across their career stats.

Similarly, we’ll be eager to see how the offense lines up as Vom Steeg will have a number of playmakers and goalscorers to choose from. The attacking newcomers in junior forward Ameyawu Muntari and senior forward Will Baynham, will also be thrown into the mix after making the most of their preseason debuts.

On the visitor’s end, the danger man for UNLV appears to be junior midfielder Marco Gonzalez, who finished with 10 goals and three assists last year for the Rebels. Gonzalez’s goal-poaching threat will also be accompanied by sophomore midfielder Nico Clasen’s playmaking ability, as Clasen had a team-leading 10 assists to his name in 2018.

There’ll be plenty of positional battles all night and we’ll see if Harder Stadium can still continue to be a fortress as we enter a new season of men’s soccer.