In case you’re not yet familiar with the artistic terrain of sunny Santa Barbara, here is a thorough guide to navigating the best spots in town for concerts, film screenings, plays and performances of all kinds. On this list, you’ll find venues located both on UCSB’s own campus as well as a few from the general Santa Barbara area. You’re welcome. 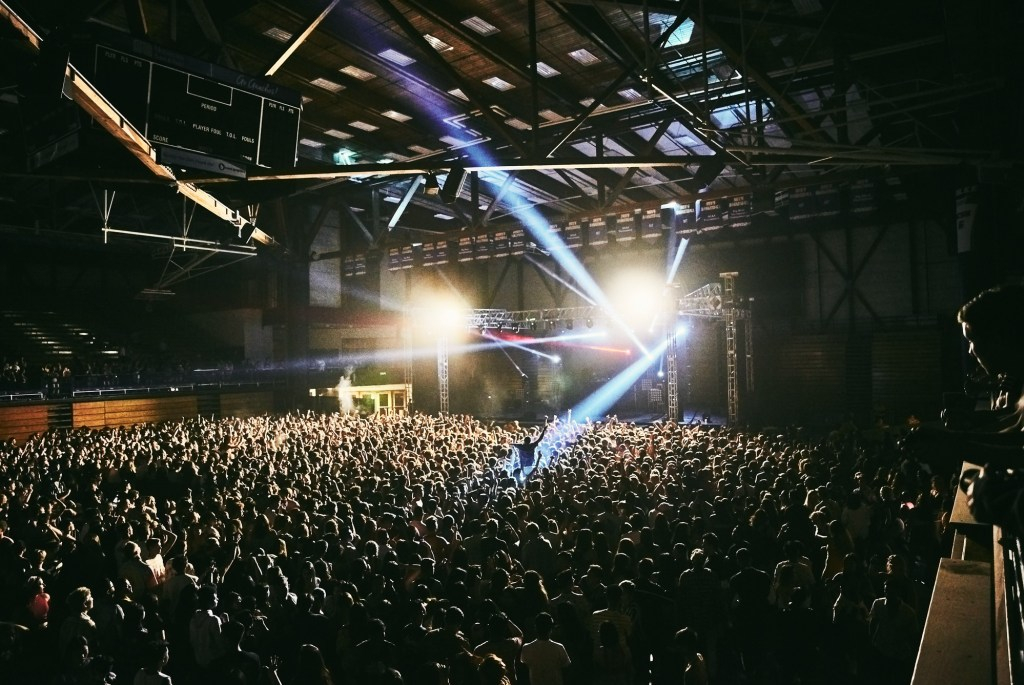 Although UCSB’s Thunderdome isn’t consistently open as a music venue space (in fact, its main purpose is to serve as a basketball court), this is where A.S. Program Board hosts a couple exciting shows every school year: Delirium in the fall and The Warm Up in the spring. The list of artists who have performed here include musicians like Snoop Dogg, YG, RL Grime, Vince Staples, Fitz and the Tantrums and JPEGMAFIA amongst many others. It’s at the Thunderdome where Gauchos can let loose with each other and revel in a performance put on exclusively for them.

Probably one of the nicest buildings on campus, Pollock Theater is a great spot for dedicated movie-lovers. What makes this theater different from others in Santa Barbara is its price (which is usually $0 a ticket) and the fact that each film is always accompanied by an after-screening conversation with scholars, artists, media creators and sometimes even people who worked on set of the film just shown. Each quarter, Pollock introduces a new film series theme to take priority over screenings, and this fall it’s “Special Effects.” This will comprise of films like “Mad Max: Fury Road,” “Beetlejuice,” and “The Wizard of Oz.” 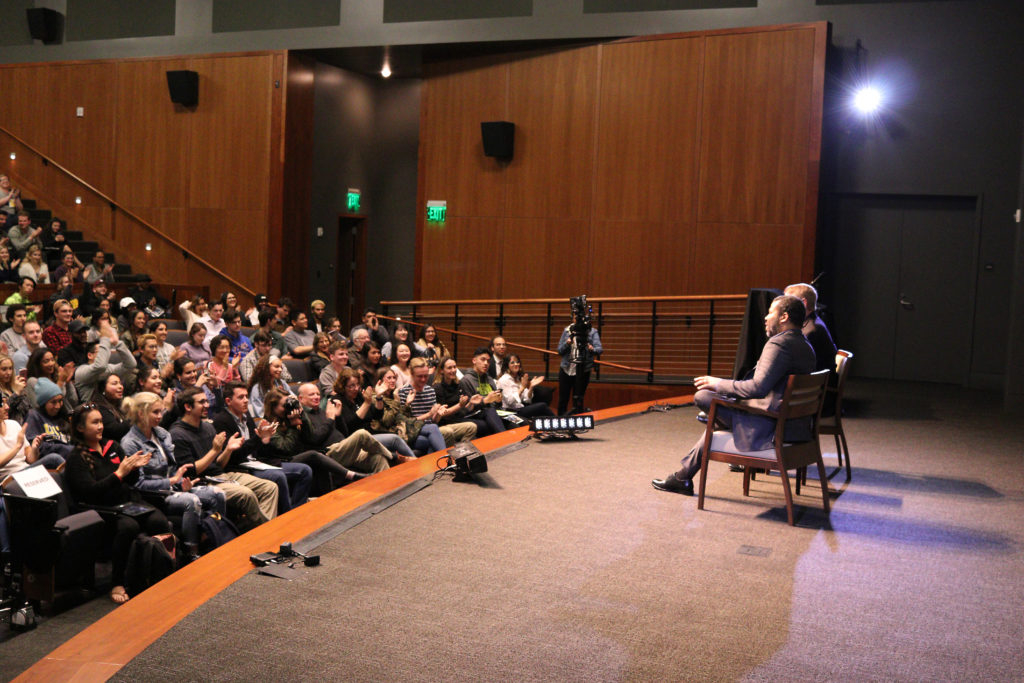 The Hub may serve as just a boring seating area in the University Center by day, but by night, the Hub is known to put on quite the show. With lots of floor space and a beer garden, the Hub stands as a cleaner and more convenient substitute for a club or other small music venue for Gauchos. Along with events like A.S. Program Board’s Battle of the Bands or Battle of the DJ’s that occur here, the Hub has also hosted performances from artists such as Rico Nasty, Mac DeMarco, Smino, and TOKiMONSTA.

Another good cheap movie spot is Isla Vista Theater. Here, A.S. Program Board hosts free movie nights on Tuesdays for Gauchos only, with screenings at 7:00 and 10:00 p.m. In addition, Magic Lantern Films also holds their own movie nights here for $4 on Fridays and Mondays. However, the most exciting events that take place here are the free pre-screenings of movies not yet out in regular theaters. It’s because of I.V. Theater and A.S. Program Board that I’ve been able to watch “Justice League,” “Happy Death Day,” and “Good Boys” early and cheap. Finally, one last thing: you’re allowed to bring in any food you want here, so make of that what you will.

Like I.V. Theater, I know this location probably brings up exhausted memories of crowded lectures; however, Campbell Hall has hosted quite a variety of inexpensive, non-academic lectures and interviews. Some guests who have taken the stage here for intimate conversations with Gauchos include musicians Tyler, the Creator and Princess Nokia; comedian Nathan Fielder; social activists Ericka Huggins and Jose Antonio Vargas; and poet Tracy K. Smith, just to name a few. 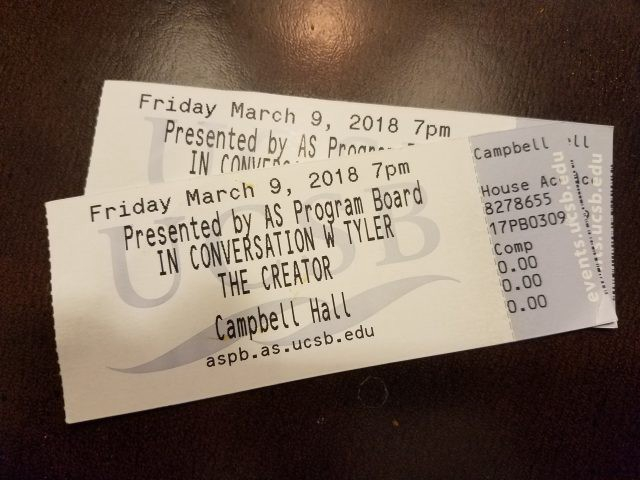 Personally, this is my favorite music venue in all of Santa Barbara; it reminds me of a slightly smaller-scale version of The Greek Theatre in Los Angeles. Completely outdoors and in the heart of SB, the Bowl has both stadium seating as well as a standing general admission area in front of the stage. Additionally, this venue has a wide selection of food and drinks, a beautiful view of the city, relatively cheap parking and its own free trolley service. Since the SB Bowl isn’t huge, every seat is a good seat. The Santa Barbara Bowl is where big artists come to play, such as Florence + the Machine, The 1975, Zedd, Arctic Monkeys, Katy Perry and Jack Johnson.

After the Santa Barbara Bowl, SOhO is the next best spot in town to catch concerts. This venue is a smaller nightclub with a bar, ample floor space and an outdoor seating area to smoke or get some fresh air in between sets. For the most part, SOhO’s shows have an age limit of 18+ but sometimes raise it to 21+, so be on the lookout when purchasing tickets. Hip artists like Real Estate, TOPS, Kelela, Hinds, Toro Y Moi, Ariel Pink and several others have performed here, making SOhO the prime location for discovering new and upcoming musicians.

The Granada Theatre is one of the classier entertainment joints in Santa Barbara as both its interior and exterior design easily displays the building’s grace and elegance. Located in the heart of downtown, the Granada Theatre is a beautiful artifact of SB history that hosts several types of live performances as well as premium film screenings. With orchestra-styled seating and extravagant designs around the stage, you’ll feel as if you time-travelled to the past as soon as you walk through the front doors and immerse yourself in the completely vintage setting. 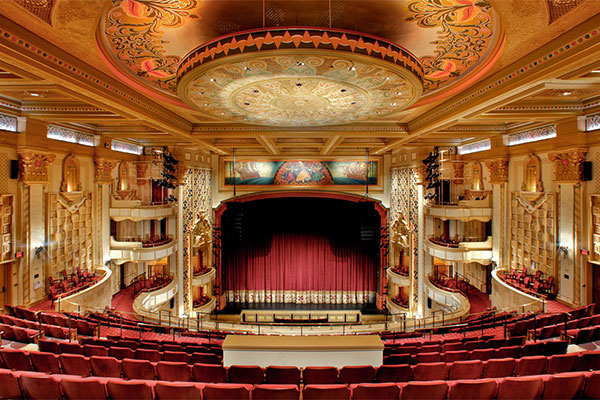 Arlington Theatre primarily functions as a regular movie theater; however, they also host stand-up comedians, big bands and occasionally major events like the Santa Barbara International Film Festival (SBIFF). Many big names have made their way to the Arlington, like Rami Malek, Michael B. Jordan, Bill Burr, Margot Robbie, Hozier, HAIM and yes, even the queen herself Peppa Pig. When it’s not hosting events, the Arlington is playing both obscure and newer films — right now they’re showing Disney’s “The Lion King.” Like the Granada Theatre, Arlington has been around for almost a century and holds a lot of Santa Barbara history. With this theater, you’ll be able to experience a unique and retro atmosphere that balances itself out with more modern and fresh performances.

A awesome website for providing relevent information and ultimate.
it helped me a lot