The Isla Vista Tenants Union is providing $300 each to two Isla Vista residents displaced by the July 12 Del Playa Drive incident — where a suspected drunk driver rammed into the side of a house on the 67 block of Del Playa Drive — to help with relocation and other costs stemming from the incident. 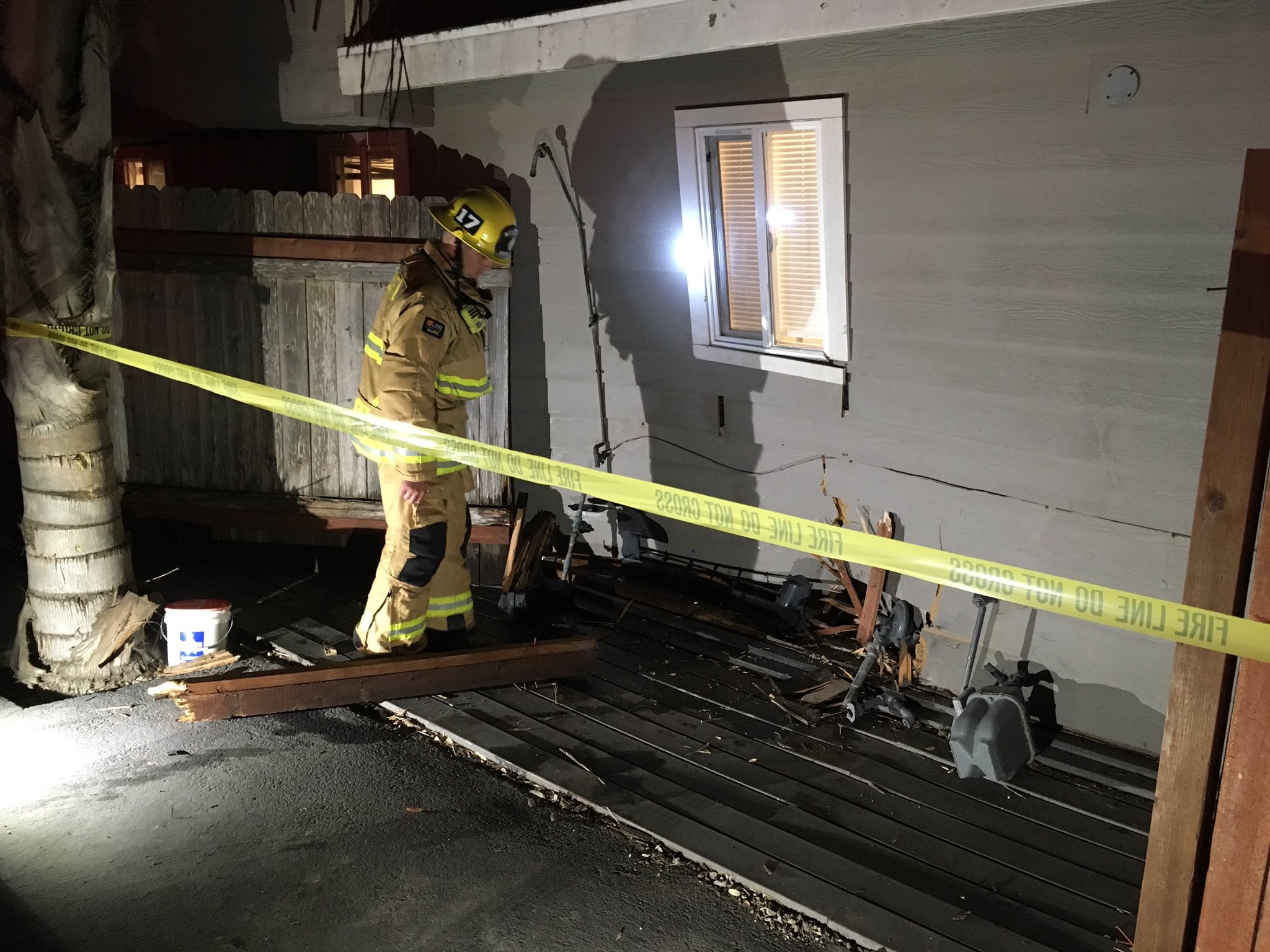 The property had its water and gas lines damaged. Courtesy of Daniel Bertucelli

As July came to a close, the property, which had its fence torn down and water and gas lines damaged, still had red and yellow tape around it, warning that the property is uninhabitable.

While there are 12 residents in the house, the two receiving money, UC Santa Barbara student Anthony A. and recent UCSB graduate Jonah I., were the only residents living in the house at the time of the incident.

The pair are being funded $300 each for “food, housing, moving, and storage expenses,” according to a statement sent to the Associated Students Senate by Isla Vista Tenants Union (IVTU) Chair Alex Young. Young is a third-year political science and global studies double major at UCSB.

The funds will come from two places: for Anthony A., as a UCSB student, the $300 will come from the IVTU Crisis Fund, a fund created specifically for crisis events such as the July 12 one on Del Playa, according to Young.

Because Jonah I. is not a UCSB student, but a recent graduate, the $300 will come from the IVTU Community Fund, an account created at the end of the 2018-19 school year to help provide nonstudents with funds.

The Associated Students Senate voted in late July to pass the IVTU’s minutes, giving it permission to disperse the money.

“Relocation costs can be burdensome, and can make studying, working, or living very difficult without assistance,” IVTU Chair Alex Young said in a message to the senators, asking that they approve the funding.

“Our mission is unique in that we are charged with helping all people who live in IV, not just UCSB students, as shown by our support of both a student and a non-student in this incident. We see it as our duty to help people of IV with the heavy costs of displacement in the event of a crisis or incident,” Young said in a separate statement to the Nexus.

The suspected driver of the car, 18-year-old Danyale Guy Jr., has since been released from police custody after turning himself into the Santa Barbara County Public Defender’s Office the day after the incident.

Guy is not a UC Santa Barbara student; Santa Barbara City College spokesperson Luz Reyes-Martin did not respond to multiple requests for comment regarding whether Guy was enrolled at the community college.