The Daily Nexus
Opinion
In Disney Live Remakes, the Magic is Lost
August 7, 2019 at 5:02 am by Joshen Mantai

They’re the stories we know and love, the ones we grew up with, the ones we tried to recreate with our childhood friends, featuring the characters we dressed up as for numerous Halloweens. The Disney stories are timeless and will live on in our memories forever. So, as a 19-year-old college student, I was excited by the prospect of the Disney movies being adapted into live remakes but skeptical about how this would be executed. Would the live action be able to convey the magic that was present in the cartoons? The answer is different depending on the movie, but most have not met the standard set by the fantastical stories I remember watching as a kid. 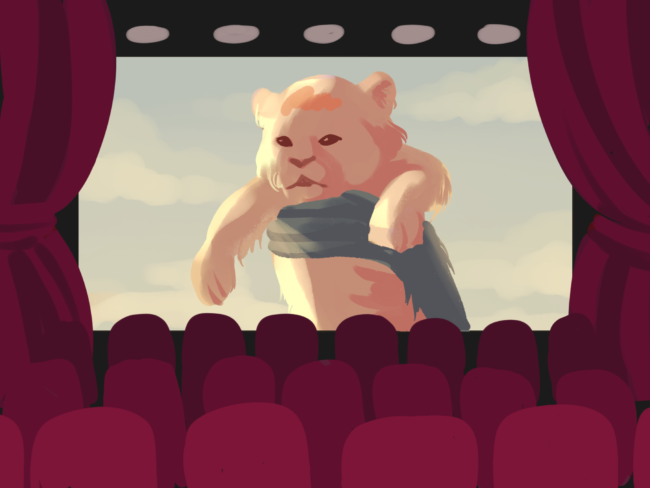 The first remake I saw was “Cinderella” in ninth grade. I am someone who enjoys the familiarity of a storyline, so I had no problem seeing a movie where I already knew the ending. But as I sat in the crowded theater surrounded by mostly kids, I wondered: Did these other kids feel the same? Did they ever see the original cartoon before this movie? I gave it a chance, and after the movie, I felt highly unfulfilled and disappointed in Disney.

The “Cinderella” remake felt like it was trying too hard. While I was excited by the prospect of Lily James playing Cinderella because she is a great actress, the magic felt forced, cluttered with special effects and graphics. I found myself falling asleep at certain plot points because of the mundane nature of the scenes. In the cartoon, the existing allure felt natural. While I can’t pinpoint whether that charm was due to the animation or the characters’ voices or some other factor, I know many others felt the same way.

While the general reviews of “Cinderella” didn’t live up to the reputation of the cartoon, Disney continued to make remakes, some of which left a more memorable impression than others.

“Beauty and the Beast” was one of my favorite movies growing up; in my mind, Belle was the quintessential Disney princess. When I heard about the live-action remake, I was again eager to see my favorite movie come back to life in a new form, especially with Emma Watson playing Belle. Upon seeing the movie, I was pleasantly surprised: Watson portrayed Belle just as I imagined and recreated the music from the original movie perfectly. Belle’s breakout song in the beginning of the film took me back to my favorite scene in the cartoon with Belle’s coming-of-age moment singing in the dandelion field.

And while the live-action film varied from the original in its inclusion of an LGBTQ character and visual depiction of the Beast, among other essential characters, these elements added enchantment to the movie and helped give it a fresh envisionment while staying true to the storyline. The critics’ consensus on Rotten Tomatoes reflects this viewpoint: “With an enchanting cast, beautifully crafted songs, and a painterly eye for detail, Beauty and the Beast offers a faithful yet fresh retelling that honors its beloved source material.”

“Christopher Robin” was the most recent Disney live-action remake I watched on Netflix. While it didn’t seem to be promoted as much as the other live-action films, it still attempted to emulate that classic Disney magic. While an animatronic Pooh is not exactly reflective of the cartoon I remember from my childhood, Pooh’s innocence and humor in the film were enough to give it substance. Perhaps less interesting was Christopher Robin’s backstory and life compared to the life of Pooh and his friends in the Hundred Acre Woods. What I realized is that this movie was missing something essential: heart. Live actors in these movies weren’t able to properly portray characters that viewers already associated with animation. It seems that in some remakes, the directors are trying too hard to replicate the charm that permeates the memorable originals using new, innovative technology.

It seems that in some remakes, the directors are trying too hard to replicate the charm that permeates the memorable originals

“Aladdin,” “The Lion King” and “The Little Mermaid” are just a few of the live-action films that Disney has recently released or signed on to create. “Aladdin” is another movie to which I feel personally connected; Jasmine is the only Disney princess whose skin color resembles mine and thus could relate to growing up. I was disappointed when I read reviews about how “Aladdin” misrepresents Middle Eastern/Indian culture, especially because Arabic culture is an essential part of the film. Mashable’s review was an example of one of these sentiments I came across: “It’s disappointing to see that in attempting to pay homage to Eastern dance traditions, Aladdin opted to go the So You Think You Can Dance route and whittle these art forms down to what the West already recognizes of them.”

While the voices present in the “The Lion King” have generated an aura of excitement to fans of Beyoncé and Donald Glover, the high-tech graphics and realistic animals provide an experience that some say are less about the story and more about the  “professionalism but without much heart.”

The new casting in “The Little Mermaid” has also made headlines for the ridiculous racial controversy over Halle Bailey being cast as Ariel but also earned praise from many others like the Freeform network and Donald Glover himself. Some believe the “original ethnicity” of Ariel needs to be reflected in the live version, when in reality, accurately portraying Ariel should be based solely on talent rather than physical resemblance. Despite those who are against Bailey playing Ariel, “The Little Mermaid” has the opportunity to do what other live Disney movies haven’t — offer a new and fresh twist that complements a classic tale. The prospective casting of Harry Styles as Prince Eric has also raised excitement from One Direction fans, making what I believe could be the best Disney live-action movie yet due to the combined talent of the two leads.

Personally, I am that one annoying person who always looks up the spoilers for a movie or a show ahead of time because I enjoy familiarity instead of being shocked in the process of watching. However, most viewers do not share this sentiment, demonstrating why live-action remakes of Disney movies are not necessary. Using the same storyline and sprinkling in some nuance does not give new stories to the children watching them: It simply mirrors the same stories that define older generations but in a less exciting and memorable way.

Disney has proven its capacity to produce movies with fresh storylines that still provide that same magic. “Frozen” and “Moana” are just a few examples of films that give life to new music and new images of female empowerment. Therefore, Disney’s future challenge is to continue providing young audiences with not only modern stories of inspiration but also to accommodate older audiences with something they can enjoy watching for the first time.

Joshen Mantai hopes Disney will create imaginative stories for children to mirror the classic ones we grew up with.