The University of California announced on Tuesday it had reached a tentative agreement with the University Professional and Technical Employees — one of the UC’s unions that represents over 13,000 UC employees — which could usher in two new five-year contracts and draw over two years of negotiations to a close. 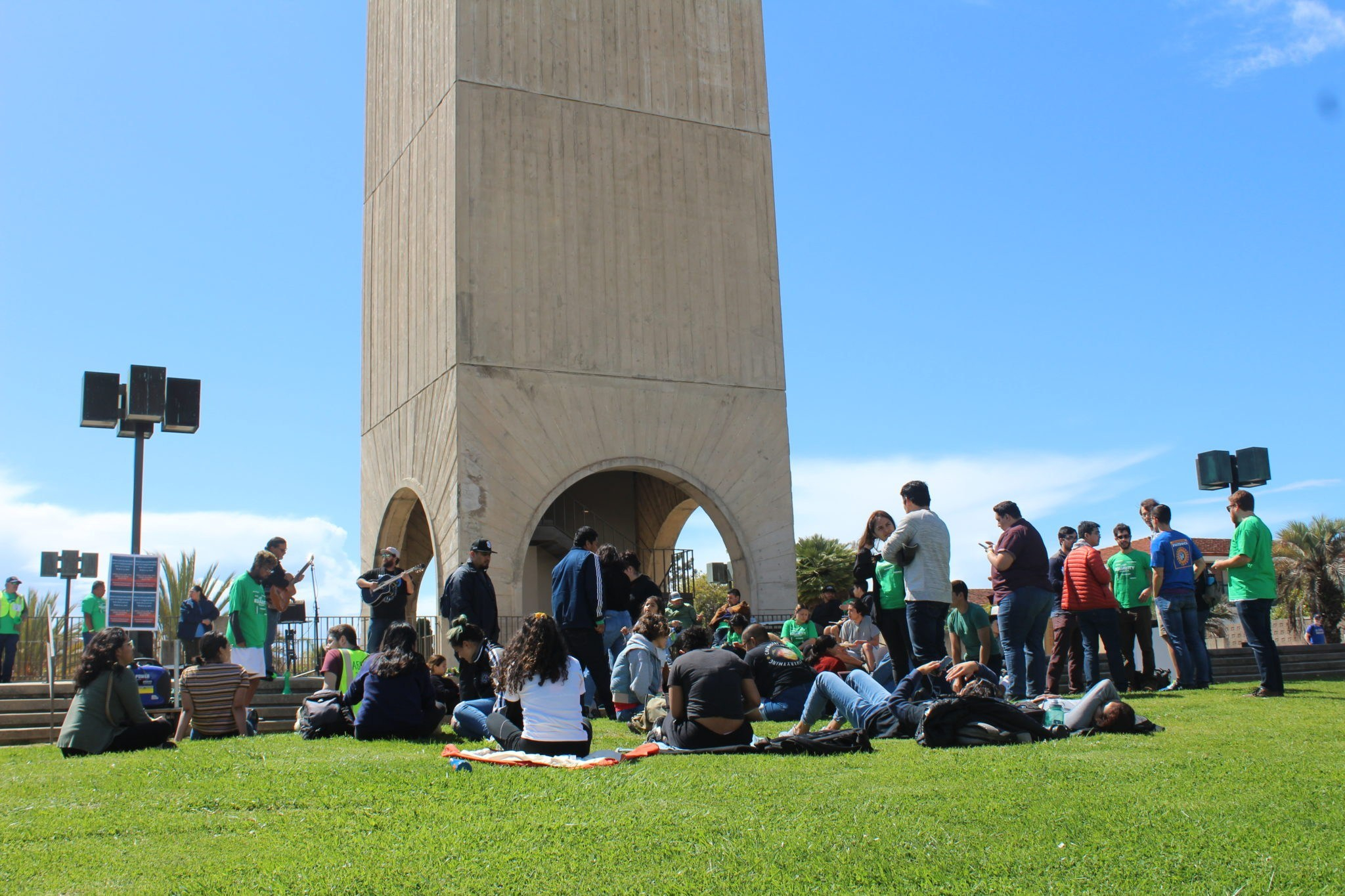 UPTE, alongside AFSCME – pictured above at a strike in March – have held several strikes at UCSB over the past year. Max Abrams / Daily Nexus

During this past year, University Professional and Technical Employees (UPTE), oftentimes alongside the American Federation of State, County and Municipal Employees (AFSCME), has participated in at least four strikes at UCSB, during which the union repeatedly called for an increase in pay and employee benefits.

In the coming weeks, UPTE will have the opportunity to formally ratify both contracts, focusing on employee compensation, health benefits and retirement benefits, according to a press release sent out by the UC.

In response to the agreement, Peter Chester, executive director of labor relations for the UC, said the UC is “pleased” with the new agreements which will grant employees “competitive pay” and “excellent benefits.”

With the new contracts, UPTE employees will receive the same health care rates as other employees and a “$25 cap on monthly premium increases on UC’s most popular HMO plans,” according to the press release.

In terms of retirement benefits, the press release states that new UC employees will be eligible for “the same pension benefits as current UPTE-represented employees” until 2021.

Health care, research and technical professionals will also benefit from no retirement cuts, no “dangerous” pension drop out, overtime for over eight hours and double overtime after twelve hours, according to the union’s website.

UPTE did not respond to multiple requests for comment.

If ratified, the two contracts would be valid until fall 2024.

Thanks suckers. I’m a UCSB and UCSF grad. I’ve worked as a clinical pharmacist at UCLA for 25 years. My current pay is about $80/hr. 20% will bump that up to $96/hr. With a little overtime, I will be making over $212,000/yr. All my unused vacation and sick leave also goes up 20% over the term of the contract. When I retire in 7 years, I will be getting 64% of my pay for life. You the taxpayer will pay me (and my many colleagues) about $128K for life. Half the union workers in the hospital spend all day finding… Read more »