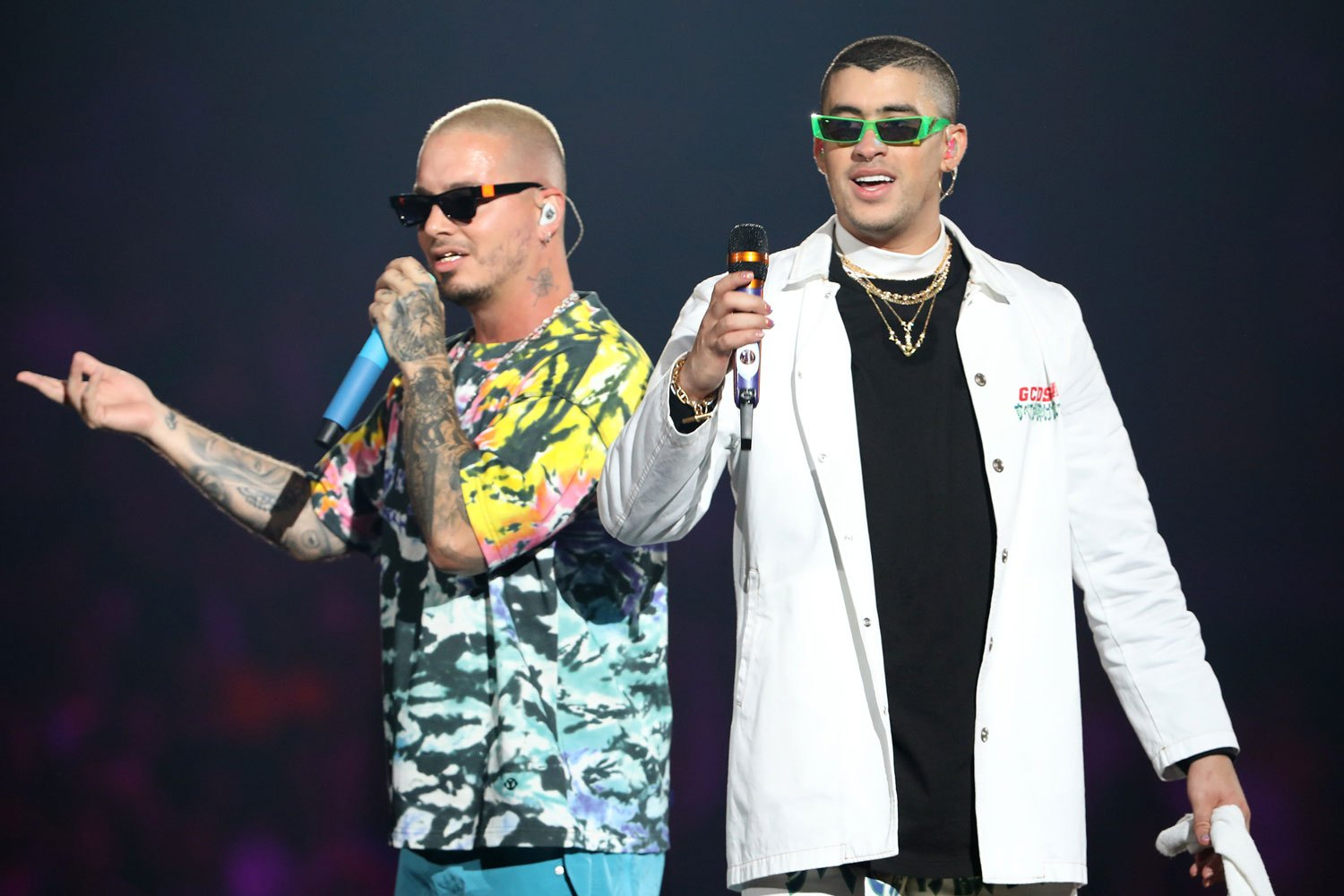 “Bienvenido’ al oasis.” With these alluring words, Latin trap superstars J Balvin and Bad Bunny welcome us into their beachside paradise, punctuated by copious alcohol consumption, enticing women and eternal sunshine. Longtime friends and frequent collaborators, these two artists present their fans with an unapologetic celebration of the finer things in life.

“Oasis,” the latest project to emerge from la música urbana, is by no means a visionary album. The pulsating and synthesized production — thanks to reggaeton legends Tainy and Alejandro “Sky” Ramirez — is primed for radio, and it is clear that the lyrics are meant purely for entertainment value. However, as far as feel-good summer releases go, the album is perfection.

The past few years have proven to be incredibly groundbreaking for global sounds in music, and la música urbana is no exception. Colombian reggaeton veteran J Balvin has continued to put out hit after hit over the span of his extensive career, and Puerto Rican breakout star Bad Bunny has undoubtedly cemented himself as an innovative force within the industry. When these two artists join forces, the result is an explosive work of art.

The eight-track record opens with “Mojaita,” a playful, sensual track that does not take itself too seriously — a fitting introduction to the world of “Oasis.” Accentuated by the metallic rhythm of the drums, the singers give a bikini-clad woman their full attention and invite her to join in on the fun in the water, calling out, “Aprovecha que estoy fácil/Pasarla bien no es difícil.” Buoyant and spirited throughout, this track transports you to the white sand beaches of the islands with a Corona in hand.

Perhaps owing to the undeniable difference in octaves of the two voices, it’s Bad Bunny who takes centerstage on much of the record. With a deep, reverberating vocal range that’s hard to miss in any song, the 25-year-old urbano artist has a tendency to overpower his contemporaries. In “La Cancion,” a trumpet-infused heartfelt ballad in which Balvin and Bad Bunny showcase a rarely-seen sentimental side, Bad Bunny is completely in his element as a forlorn lover, echoing Drake’s “Marvin Room” with: “Pensaba que te había olvida’o/Pero pusieron la canción.” In the end, Balvin’s verses take on more of a supporting role, as the reggaeton singer’s mellifluous voice adds the perfect balance but fails to stand out against that of El Conejo Malo.

An album sung entirely in Spanish, “Oasis” serves as a reminder that artists do not have to meet the standards of the U.S. music industry in order to stay relevant on a global scale. Bad Bunny’s songs have amassed upwards of 4 billion streams, while J Balvin has collaborated with some of the biggest names in music, from Cardi B to Beyoncé. Rather than conform to the expectations of the mainstream music industry, which caters to artists who perform in English, these two Latino superstars prove that la música urbana and reggaeton can hold their own against any other genre.

The brilliance behind “Oasis” lies in the fact that unlike most feel-good records, which tend to lose their appeal after a few radio cycles, this album will stand the test of time. If you are looking for something new to heat up your summer playlist, it may be time to take a trip to “Oasis.”