The Daily Nexus
Sports
Houston, We Have a Problem: In Defense of Chris Paul
June 20, 2019 at 5:05 pm by Brandon Victor 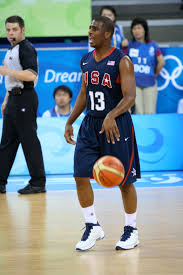 Chris Paul is not the player he used to be.

As a Chris Paul (CP3) fan, watching the playoffs this year was an oftentimes laborious task. Even with a big man like Kevon Looney switched onto him, Paul struggled to get to the hoop, demonstrating the lack of explosiveness that comes with 14 years in the league and a litany of soft-tissue injuries along the way. Save for his performance in game six against Golden State, Paul truly looked like a shell of his former self in the playoffs.

I’ll also be the first to admit that CP’s contract is an albatross, with the aging guard due nearly 120 million dollars over the next three years. While it was a deal that general manager Daryl Morey had to make at the time, it will also severely limit the Rockets’ financial flexibility in the near future.

Still, I was shocked to see the reaction from the media when reports came out that Chris Paul had requested a trade from the Rockets after several fights with superstar James Harden. Nearly every report I read blamed Paul for the scuffles, claiming that Paul didn’t know his place on the team and was the reason for the Rockets’ inability to advance to the NBA finals the last two years.

To be clear: the main disagreements between Paul and Harden stemmed from Paul wanting Harden to be involved off-the-ball and from Paul’s desire to run more set plays instead of isolation sets on offense.

For the life of me, I can’t understand how Paul is in the wrong in this situation. Clearly, Paul recognizes he has lost a step on the offensive end, and rather than try to play iso-ball, he wants to run the offense like a traditional point guard.

Even in the worst year of his career, Paul averaged nearly 16 points and more than eight assists per game in the Rockets’ offense. While Paul’s athleticism and finishing may be in decline, he still has elite vision and basketball IQ. If Morey and Harden could get over their egos, there is absolutely no reason Paul can’t thrive at the twilight of his career. Before his back injuries, Steve Nash averaged more than ten assists per game as a 38 year old, and Paul and Nash have comparable playstyles.

Now, there is no question that James Harden is an elite isolation player — undoubtedly the best in the NBA. In the regular season, that will allow you to put up historic numbers, as we saw with Harden’s streak of 32 straight 30-point games.

But in the postseason, with defenses keying in on you, it becomes much more difficult to just iso your way to a bucket. When Harden didn’t iso in the postseason, the Rockets’ offense had no flow — in large part due to his lack of effort off-the-ball.

If Harden’s style had been successful in past postseasons, I would argue that Paul should co-opt his style to allow Harden the freedom he needs on offense. But it simply hasn’t garnered results in the postseason. Everyone likes to harp on Paul’s choking in the postseason, but let’s not forget that it was Harden who was benched in the 2015 postseason, and Harden who couldn’t win either game six or game seven after Paul went down last year with an injury against Golden State.

More than likely, Chris Paul will not be traded. While he is still a very effective player, he is quite obviously being overpaid with his contract, and few franchises will be eager to overpay for an aging, oft-injured point guard. In other words, Paul and Harden need to figure this out now, especially with the west wide open this season.

At the end of the day, Houston needs to adapt its system to allow for both Paul and Harden to do what they do best. The reason Carmelo Anthony is no longer signed with an NBA team is because he was unable to recognize that his game needed to change as he got older. In a lot of ways, Paul has already done the hardest part by acknowledging that he isn’t the same player he used to be and that he can’t just take turns running isolation with Harden. Now, the Rockets need to do the same and create a system that maximizes the talents of this version of Paul and Harden. If they can do that, there is no reason this team can’t win the title.