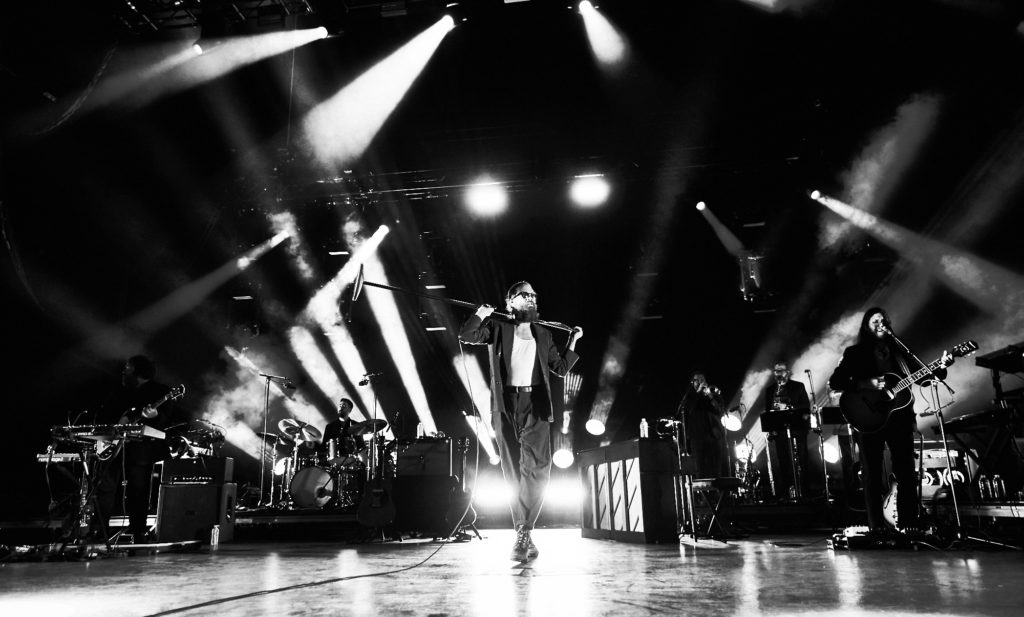 I’ve written about Father John Misty a couple of times for the Daily Nexus, so his ties to my time in college are nearly inextricable at this point. He has ties both personal and professional to Santa Barbara; he’s stopped here on all of his major tours and his wife, Emma, was born and raised right in the heart of our beloved beach city.

It makes perfect sense: Santa Barbara is a good match for the hedonistic, California-influenced folk tales of his earlier career. So, he made us the second stop on his co-headlining tour with Jason Isbell and The 400 Unit. But seeing his darker works performed here last Friday, the ones that do not bother to downplay his penchant for existentialism, was a bit of a mismatch — and he seemed to know it.

The suit-and-tee-clad Mr. Josh Tillman began his set with “Hollywood Forever Cemetery Sings,” an impeccably written breakout single from his first album. The red lights that flooded the stage were quite intense to leave on for a whole song, preventing the audience from fully locking in at the start of the show.

I’ve seen Father John Misty a total of three or four times now, and admittedly, half the motivation to go is my undying attraction to him. His sardonic stage banner and dark beard are, well, super hot. Of course, I love the music — doesn’t that go without saying at this point? But I wasn’t convinced this time. 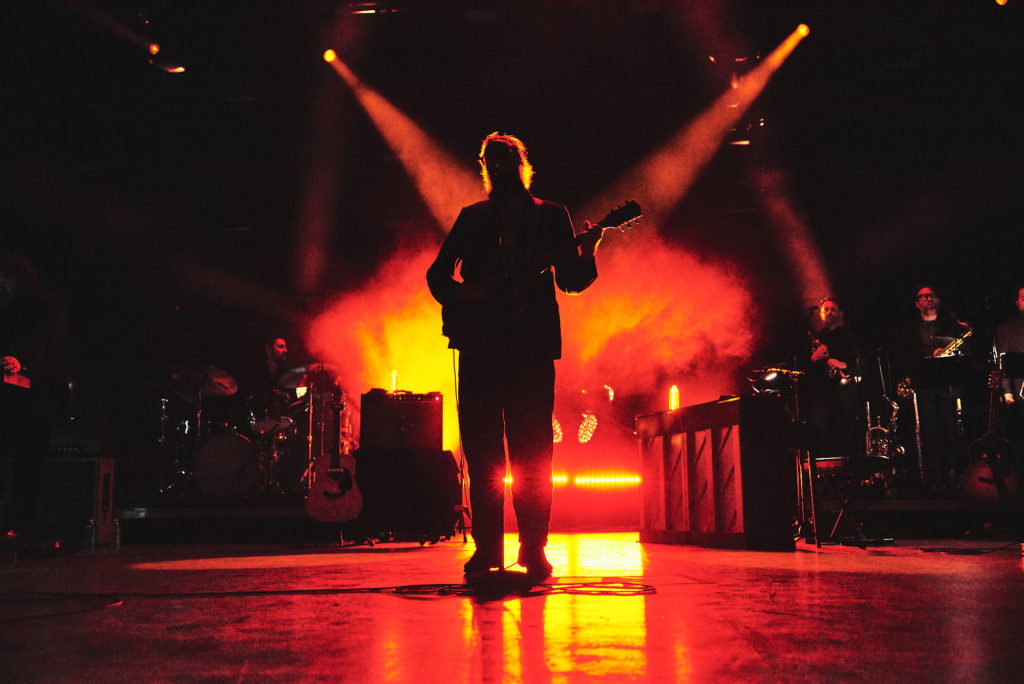 The singer was gyrating with the fervor of Elvis but with the swag of a Blues Brother, which, honestly, was not very becoming. Maybe the older ladies liked it? There sure were a lot of them. Women in their early 30s and 40s filled the seats beside me, either with their partner who was only half as into it as they were or with a group of similar-looking friends. I saw multiple professors of mine there! Wow, all of these ladies know the words to his songs. Looks like the gyrating is working, Mr. Tillman, so carry on.

FJM’s set revolved around a greatest hits-type setlist that carried all of his best songs. I’ve seen him perform most of these songs, whether in person or online, and they don’t change much each time. His voice is always impeccable, and his band is always tight. With him, it’s all about energy. The show will always sound good, but the question is if it feels good to both FJM and his audience, now that he’s fully proven himself.

Slower, ballad-type songs in the set like “Pure Comedy” and “God’s Favorite Customer” didn’t pack the same punch that their studio version counterparts have. They’re singles from his third and fourth album, respectively, which usually get the job done of riling up the crowd in the middle of his shows. But either way, the once-fresh songs now just seemed like songs he has to do for the fans. Before, FJM was trying to tell us something; he was trying to get all of his ideas about the folly of human desire out of his system. Now, it’s hard to believe that he’s still sold on the grandeur of his past ideas. 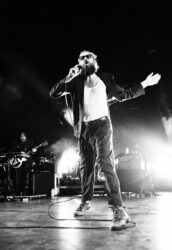 I brought my roommate along to this show since she’s also a long-time fan of FJM. She saw him with me at the Arlington a year or two ago, so it was nice to be able to compare his old shows with the new with someone else. This time around, she cheekily compared him to Bradley Cooper’s talented, world-weary character from “A Star is Born,” an apt comparison given FJM’s slightly rounded belly and lack of connection with the audience.

Despite FJM’s nearly annual appearances in Santa Barbara, this show was about as full as I’ve ever seen in the Bowl. “I have no idea how to address crowds this size,” the singer sarcastically commented during a short period of banter. “They’re usually bigger.” Well, seems like he wasn’t much impressed with us either, then. Mr. Tillman is quite famous in the world of blogs and magazines for his sometimes irritating comments, so he stopped himself before he could get in trouble for saying more.

“Well, this concludes the banter,” he said coolly, as he finished up a couple more songs. He knows his reputation and used to frequently play into it during onstage rants. I think he’s just tired now. He concluded the set with “I Love You, Honeybear,” the romantic, lush title track from his second album. Finally, during this song, I was reminded why I fell in love with Father John Misty in the first place — his sexy, swaggering performance was mesmerizing.

The reality is that no one can travel and tour at a near-constant clip for years and not grow tired. Father John Misty needs a break and needs time to grow without us watching him do it. A year or two away from the stage could do him some good — and could bring back the spark that we all saw when he first hit the scene. So, until next time, Mr. Tillman. Take care of yourself.