The Daily Nexus
Sports
Steppin’ Up on the Big Stage: Eric Yang and Hope Bender Take Home ‘Nexus’ Players of the Year
June 8, 2019 at 10:13 am by Brandon Victor and Leonard Paulasa 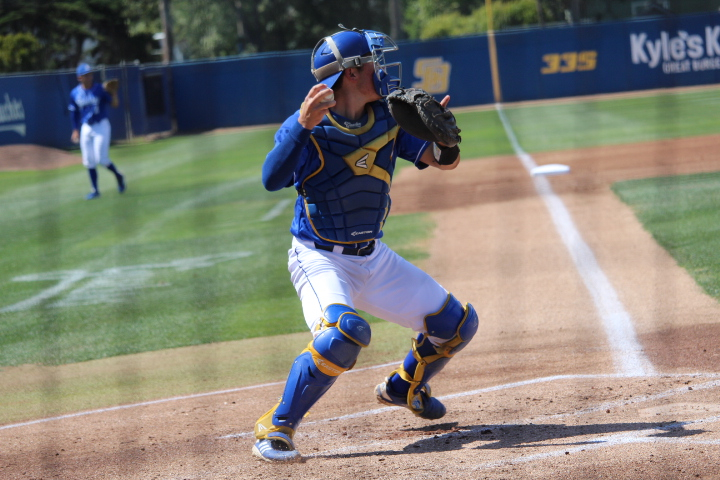 After one of the finest individual seasons in UCSB baseball history, junior catcher Eric Yang is the Daily Nexus’ men’s Athlete of the Year.

During the offseason, Yang changed both his swing and approach at the plate, eager to bounce back from a subpar 2018 season in which he hit 0.244 with zero home runs.

This year, Yang paced the team with an eye-popping .368 batting average, as well as a 0.479 on-base percentage. By getting on at such a high clip, Yang was able to consistently kick-start an offense that averaged more than seven runs per game.

Perhaps more impressively, Yang’s increase in average also coincided with an increase in power, with the veteran backstop hitting seven home runs and chipping in 45 RBI.

As a catcher, Yang displayed his ever-impressive defense throughout the season en-route to a sparkling 0.995 fielding percentage. Few runners dared to run on Yang’s arm, and those who did were thrown out 34.5%of the time — a solid number for a collegiate catcher.

Behind Yang’s resurgent play, the UCSB baseball team finished the year with a 45-11 record, winning the Big West for the first time in 33 years.

Yang has already won numerous accolades for his on-field success this season. Earlier this month, Yang was named the 2019 Big West Field Player of the Year, becoming the first Gaucho to win the award since Cameron Newell in 2015. And just this week, Yang was named as one of three finalists for the Buster Posey award, which is given to the top catcher in college baseball.

To top it all off, Yang was selected on Tuesday by the Cincinnati Reds in the seventh round of the MLB draft. With elite offensive production and tantalizing defensive tools, don’t be surprised if Yang eventually makes his way to a major league roster. 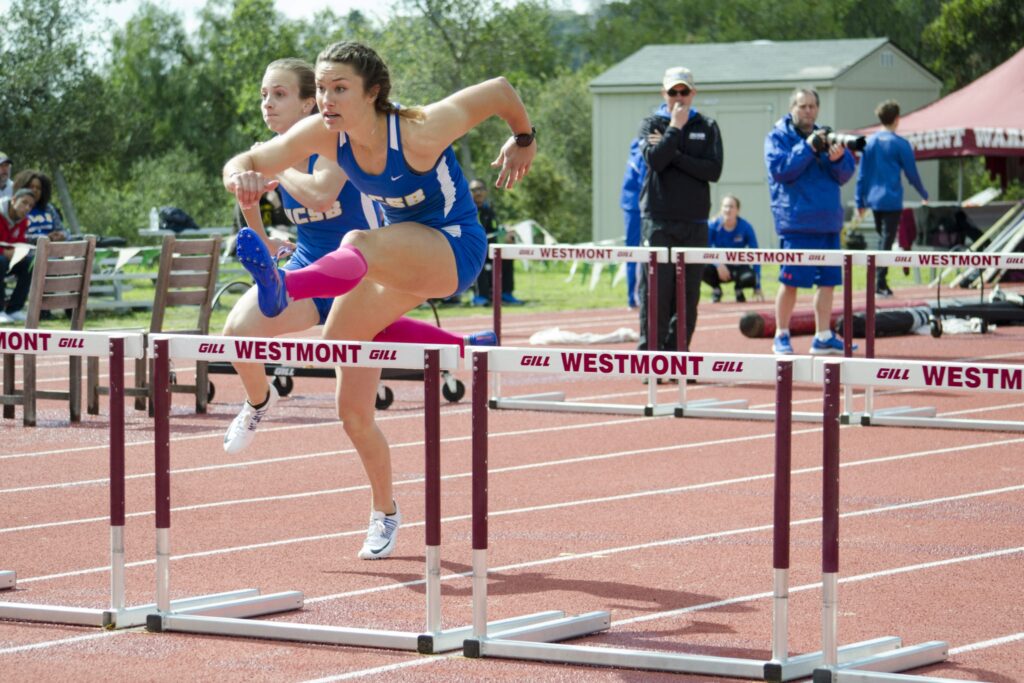 Hope Bender competes in the 100 meter hurdles with Tori Usgaard coming in right behind her. Christina DeMarzo / Daily Nexus

The Gauchos have posted excellent results during the 2019 track and field season, and UCSB star athlete senior Hope Bender contributed plenty to UCSB’s success, and the Nexus recognizes Bender as one of our Athletes of the Year.

But Bender didn’t just break the records she absolutely demolished them. To put into perspective, alumni Amanda Rodriguez set the UCSB record in 2013 in the 400m hurdles with a time of 58.58. Bender broke that record by almost two seconds with a time of 56.64. Her long jump of 6.29m is also 0.13m longer than the former record holder, Kiely Gode.

Bender is also right behind alumni and current Olympian Barbara Nwaba in the heptathlon with only 46 points separating their school records. Bender has one last shot to break Nwaba’s record this week, as her outstanding performance in the heptathlon throughout the season garnered her a chance to compete in the NCAA Outdoor Championships, hosted by the University of Texas, which is currently underway and set to conclude on Saturday. Bender also hopes to shine brighter, as her performance in the long jump during NCAA West Regionals two weeks ago was also enough to qualify for the Championships.

Bender’s performance has been consistently above excellent this entire season, earning a multitude of Big West Athlete of the Week awards and earning her second consecutive Big West Conference Field Athlete of the Year Award.

She has consistently improved since her freshman year, and her hard work and determination shows, as she continues her dominance in her final year as a student-athlete. Bender pushes her abilities to their limits, knowing exactly what she’s capable of and always seeking to break through plateaus. Additionally, while Bender’s stardom rises, she remains humble and continues to seek guidance and support from her coaches and teammates. It is due to her humble personality, exceptional performance, legendary work ethic and incredible drive to be the greatest that she’s recognized by the Nexus as an Athlete of the Year.