The Daily Nexus
News
Korean Fried Chicken Restaurant Set to Open in I.V. in Coming Months
May 30, 2019 at 12:04 am by Max Abrams

After Sophie Xu, a recent UC Santa Barbara alumna who graduated in March 2019, purchased Sweet Alley from longtime friend and owner Peter Sun, she had no idea what to do with all the extra frozen yogurt.

So she gave it away for free.

On May 15, the Sweet Alley franchise in Isla Vista opened its doors for the last time, celebrated by a large line eager to get a final taste of the store’s nine-year legacy. With the doors now closed, Xu has begun preparing to transition the store into Vons Chicken, a San Jose-based franchise that serves over 10 different renditions of authentic Korean fried chicken. The store will be one of seven Vons franchises in the state and the only one in Southern California. 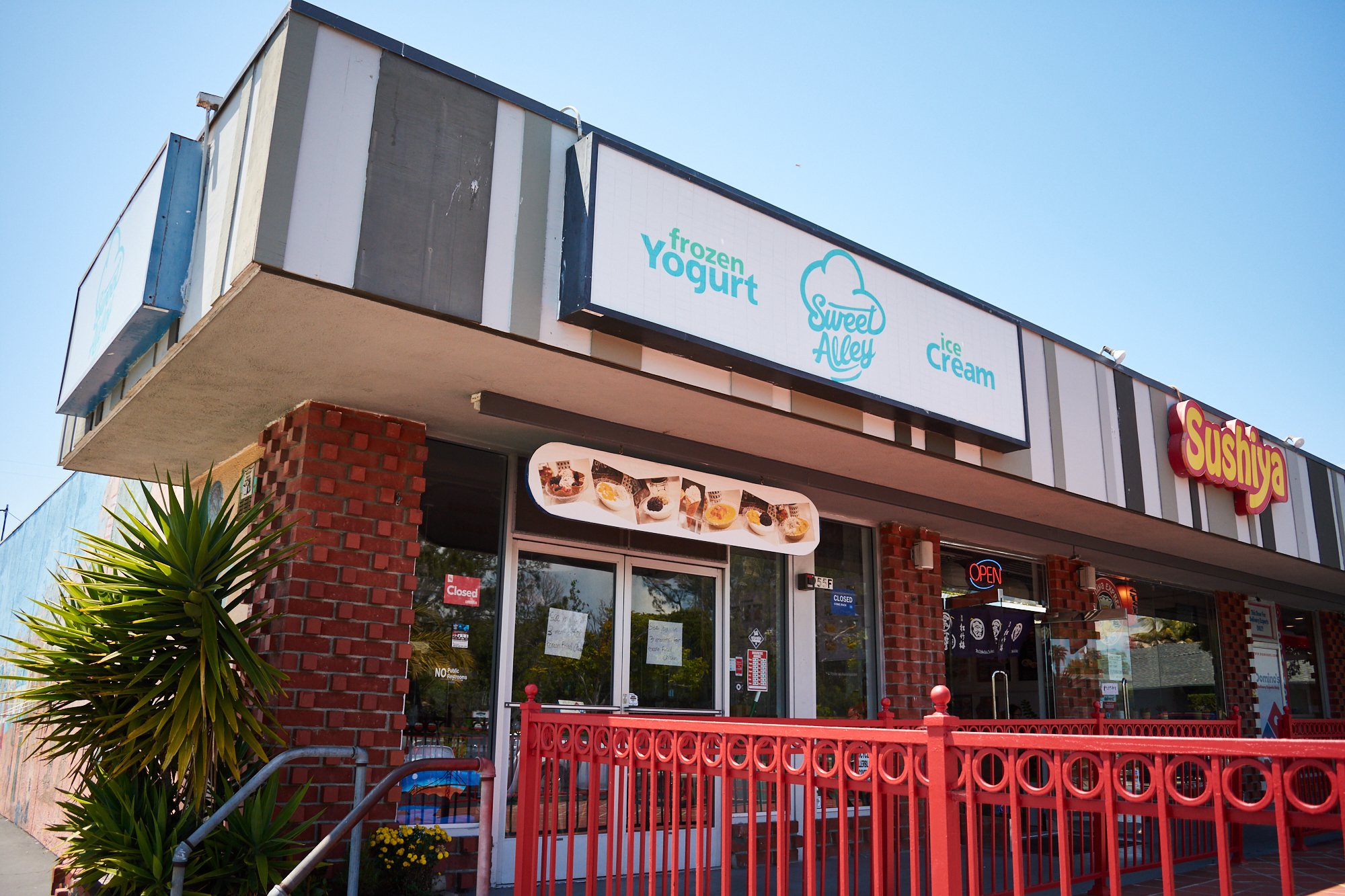 Xu said she is looking forward to the day she can flip the “closed” sign outside the store. Ida Kazerani / Daily Nexus

For customers who are looking to avoid the grease, Xu said she will be expanding Vons’ menu to include oven-cooked chicken as well.

Xu said she originally had no intention to buy Sweet Alley, as she already owns and manages Goleta restaurants Uniboil and Phresh Teas. But with the help of perfect timing and a movie that changed her mind, Xu decided to open her wallet.

Three days later, Xu offered to purchase Sweet Alley from Sun on a whim, who had been struggling to find a new owner for months.

With renovations set to begin next month, Xu wants to welcome customers with a completely new interior. On top of selling the frozen yogurt equipment, she plans to tear down old walls and refurnish the entire store; she is also flirting with obtaining a light liquor license.

“The internal wall will be knocked down and moved further back, and I’ll add a small countertop so this whole area can be a sitting area,” she said, pointing to the concrete slab where customers used to walk up to get their frozen yogurt.

TVs and dessert are also on Xu’s short list of amenities to include at her Vons, on top of the boba she plans to bring daily from Phresh Teas, a restaurant of hers dedicated to serving a variety of different tea creations.

Because of the unit’s small footprint, Xu estimates she will need roughly half the amount of employees she has staffed at her other restaurants. Instead of hiring former Sweet Alley employees, Xu said she will be “pick[ing] from Uniboil staff” and offering them a spot at the new store. Xu expects Vons will be managed by the wife of the current Uniboil head chef.

Unlike Uniboil, which follows a more traditional restaurant style, Xu plans to make Vons more expedient so customers can just “grab and go.” If a customer simply wants to buy food and leave, Xu estimates they can be on their way in as little as 10 minutes. If customers would like to stay and eat, however, they’ll have plenty of time to choose when to come in.

“We’ll be selling boba cake — a milk tea cake with boba on it — and also coconut jellos, which is made of coconut juice and real coconut with jello inside. We’ll also be selling Hong-Kong style desserts and street food,” she said.

To further impress palates, Xu said she is working with a local chef who is skilled in making authentic “Chinese street snacks.” She said the chef currently works from home and only delivers food from his house. If everything goes according to plan, Xu said, those street snacks may soon be on Vons’ menu.

Xu also plans on developing a “really strong delivery system.” Not only will this allow Vons to serve food beyond its own walls, but it will also help the store remain competitive, as most restaurants in I.V. offer some form of delivery service.

Although she has a lot of work ahead of her in the coming months, Xu said she is looking forward to the day she can flip the “closed” sign outside the store, which will be sometime in the beginning of Fall Quarter 2019.

Once complete, Xu said Vons will be the sole restaurant in I.V. where customers can sink their teeth into Korean-fried “flats” and “drums” — the industry-standard cuts of chicken that are commonly fried into delicacies.

“There’s no good fried chicken around here. We only have KFC — not even a Popeyes or Wingstop. We don’t have anything. That’s why I think this will be a really good idea for a chicken place,” Xu said.