The Daily Nexus
On the Menu
The Impossibly Convincing Meatless Burger
May 23, 2019 at 12:08 am by Paige Holloway

Finney’s Crafthouse & Kitchen is a popular sit-down restaurant and bar located just steps away from Stern’s Wharf in downtown Santa Barbara. Not only does Finney’s pride itself on having 30 different beers on tap but its menu also includes the ever-famous Impossible Burger — a completely plant-based patty that tastes impressively similar to real meat. Last Saturday evening, I decided to give my sister a taste of Santa Barbara by stopping by Finney’s for a beer and a bite to eat. 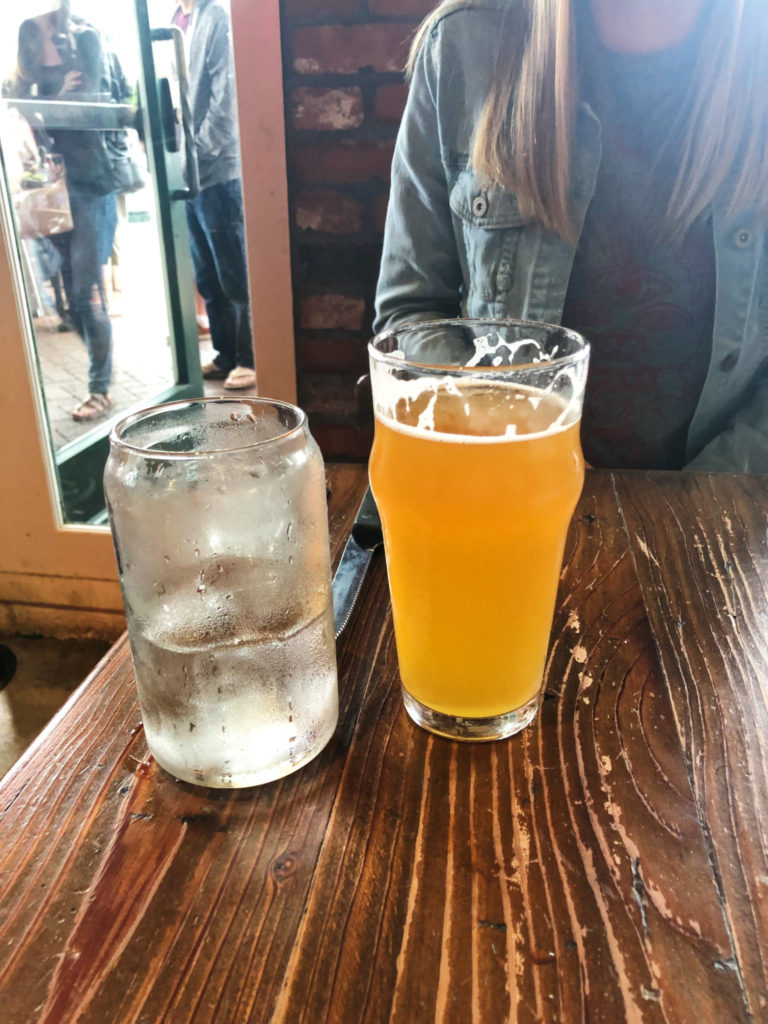 Although the 45-minute wait in the rain left us slightly impatient, the service was impeccable as soon as we were seated. My sister quickly decided to take advantage of the extensive beer menu, which Finney’s organized into categories of “fruity,” “malty,” “light,” “tasty,” “hoppy” and “hoppier.” My sister chose to go with the Finney’s Mosaic IPA located under the “hoppier” section, which included notes of citrus and tropical flavors. She gave me two thumbs up on its taste as well as its hoppiness.

The food menu was also impressive in its wide variety. Along with a long list of small plates and appetizers that were nearly impossible for us to turn down, the menu consisted of woodfired pizzas, entree salads, tacos, sandwiches, burgers and desserts. Looking from left to right at the tables next to us, my sister and I were nearly drooling at the fact that everything looked good. 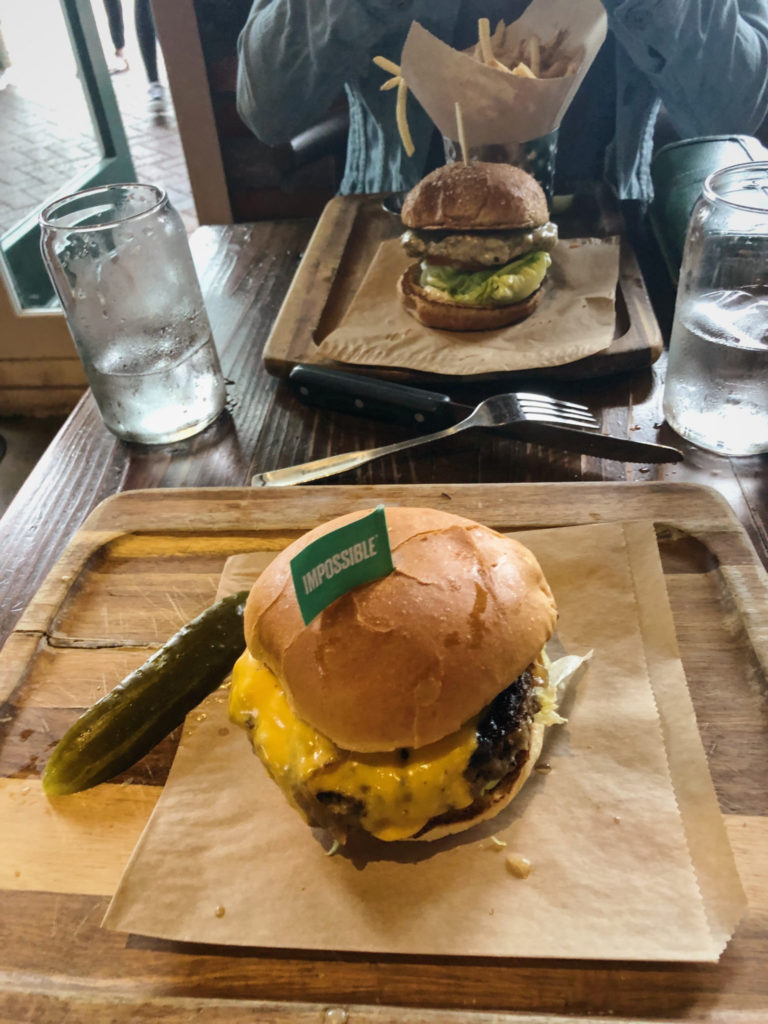 When the time came for us to order our food, I could not turn up the opportunity to try their Impossible Burger, which included grilled onions, lettuce, American cheese, tomato and their house spread. If you are plant-based or vegan, make sure to ask for it without cheese. My sister chose the turkey burger, which came with cheddar cheese, grilled onions, lettuce, jalapeños, tomato and shallot aioli spread. The only thing we found slightly disappointing was the fact that the sides cost extra. The Impossible Burger already came out to a whopping $15, so I opted not to order any. My sister, however, did choose to sacrifice the three extra dollars for a basket of fries with hers.

As soon as they brought our food out, we both agreed that the high prices were worth it. At this point, I consider myself somewhat of a veggie burger expert but the Impossible Burger was unlike anything I have had in the past. The patty wasn’t flat like the typical veggie or black bean patty but oddly resembled the appearance of a beef patty. Although it’s been close to ten years since I’ve eaten meat, I am convinced that the Impossible Burger had the taste of a real burger down. I made my sister give her insight as a meat eater, and she admitted that it came pretty close but still tasted slightly different from the real thing. Her turkey burger was also a ten-out-of-ten hit. We ended the evening sitting across from each other, laughing at the ridiculously fast speed at which we had both devoured our meals.

While you can definitely expect at least a half-hour wait to be seated here on a weekend, Finney’s did not disappoint. The cozy vibe, oceanfront location and irresistibly wide selection on the menu will definitely draw me back for a second trip to Finney’s.

Yikes! The Impossible burger is loaded with saturated fat. Vegetarian does not always mean healthy.