The Daily Nexus
News
Queer & Trans People of Color Conference Welcomes More Than 200 Attendees
May 21, 2019 at 8:17 pm by Ashley Rusch and Amira Garewal 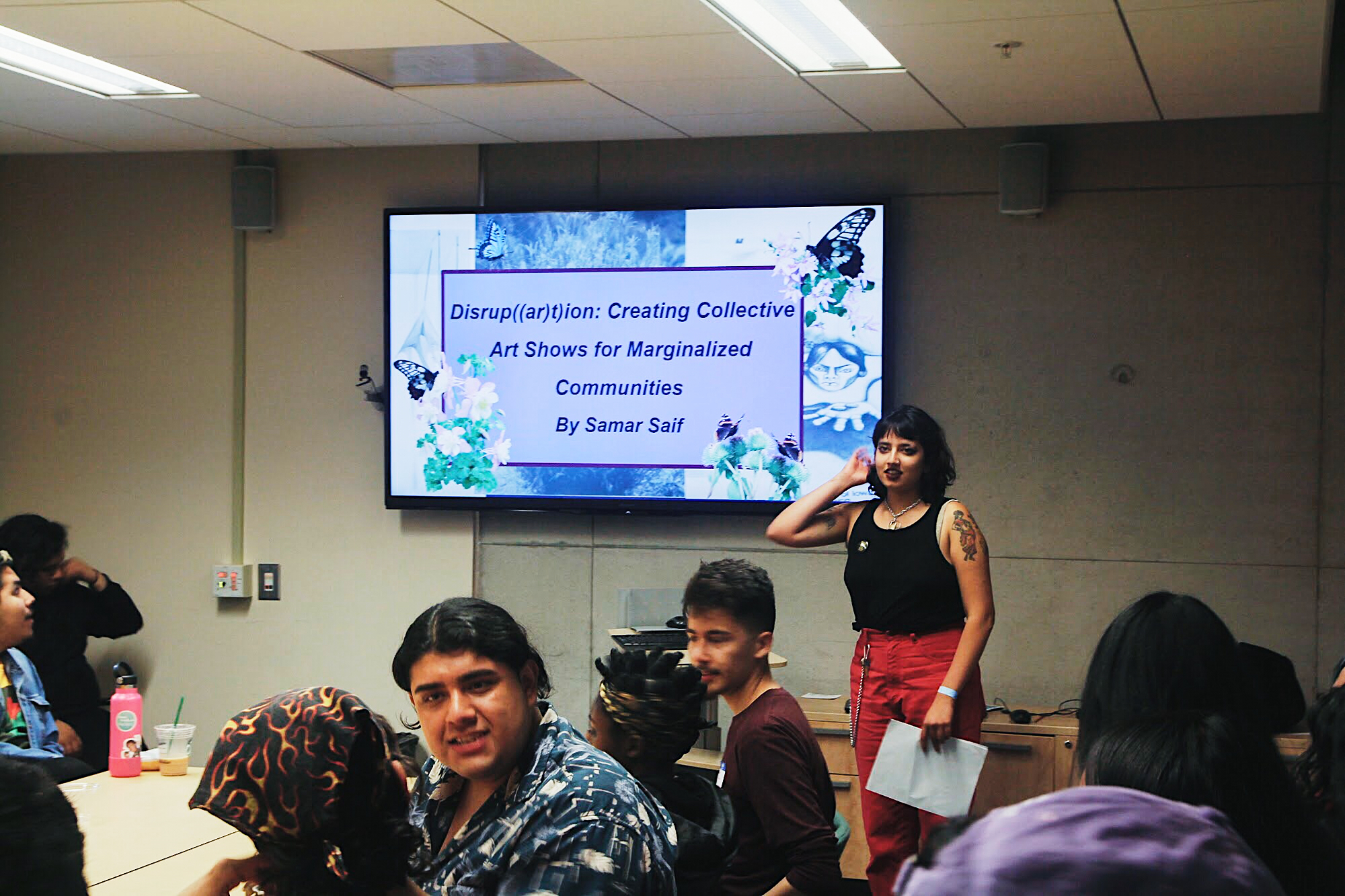 The conference was largely organized by a group of six students in Queer Commission, an organization underneath the umbrella of Associated Students, and included workshops, keynote speakers and discussions that aimed to address the theme – “From Our Strugges We Rise.”

Some specific topics included gender and identity-based violence beyond Central American borders, navigating S.T.E.M. as a part of the LGBTQ+ community and the gender and legal name-changing process.

Ricardo Uribe, an outgoing Letters and Science senator and the Queer Commission senate liaison, said the conference aimed to provide a space for queer and trans students of color who often feel marginalized in spaces set aside for just one aspect of their identity.

“As queer and trans students, and separately as POC students, there aren’t always those spaces for us within the university,” Uribe said.

He emphasized the value of conferences like these, stating they build a strong sense of community and motivate queer and trans people of color to continue working toward graduation.

“Being able to host this space is really important because we can see that at the university, there are other people who are like us. We do have a large community, and hopefully that moves at least one person to stay in college. We would have another queer person of color being able to graduate college, when statistically speaking, it is already hard to get in here, and even harder to [graduate],” Uribe said.

“We’re just expecting it to be a space for queer and trans people of color to really just come together in a year that’s been a lot for us, here at school, in the political world and just the world at large,” Segura said.

“We just want to provide a space that is a combination of the serious topics that we need to discuss, but also a place for them to have fun, and just be queer, and enjoy the space with people from all over.” 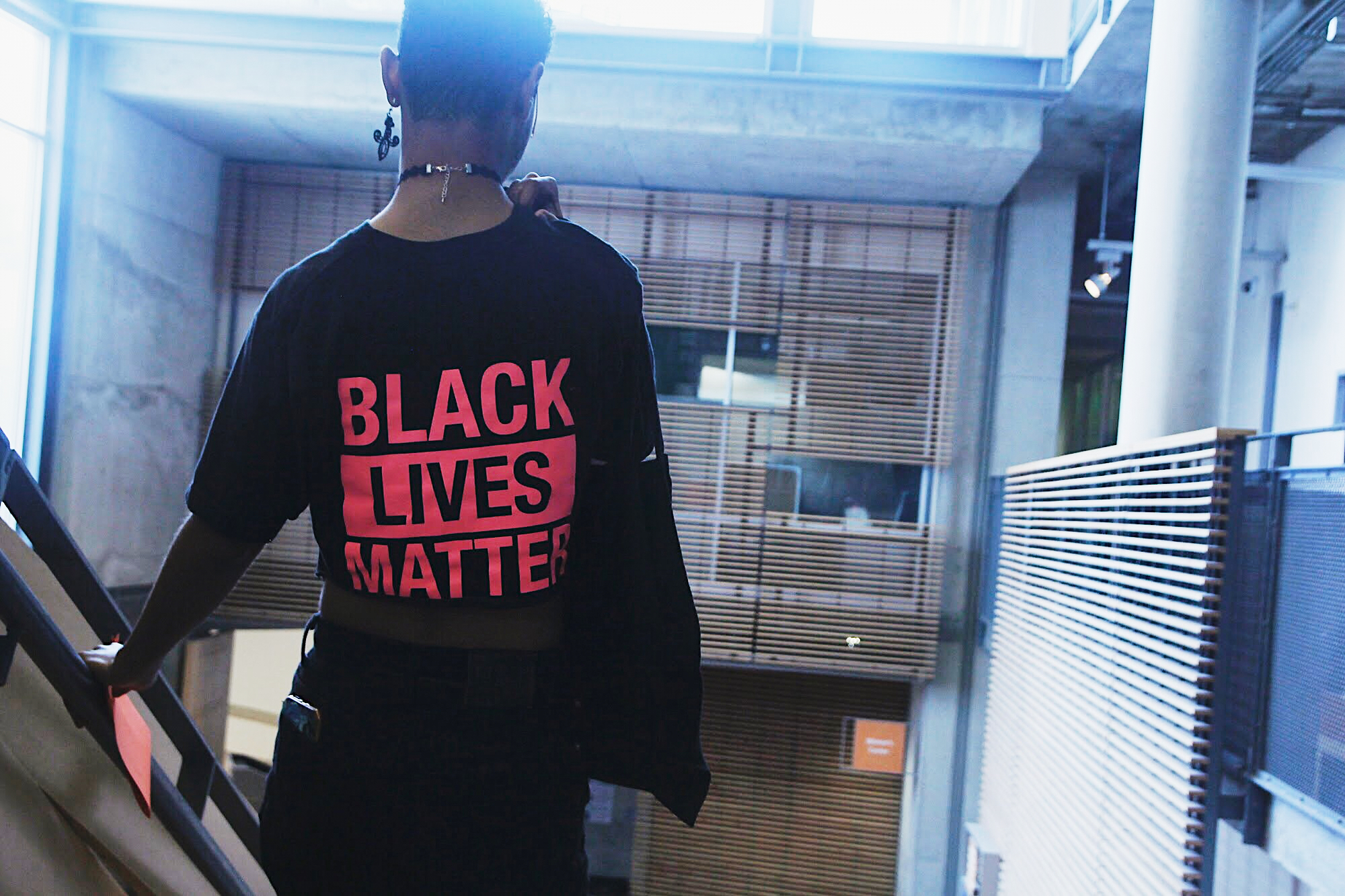 The opening keynote speaker, recent UCSB alumnus Naia Al-Anbar, pushed attendees to take part in student activism and shared their own experiences in creating change. When Al-Anbar was a student at UCSB, they spoke against conservative speaker Ben Shapiro visiting campus and organized a protest against the travel ban targeting predominantly Muslim countries.

Al-Anbar also spoke about the value of setting aside time to take care of oneself.

“If you need a second to come to terms with [being] a QTPOC person in the job sector post-grad, take that. It’ll be okay,” they said.

In one of the student-led workshops, first-year film and media studies major Alexia Duran led a discussion about growing up queer while speaking a different language. Duran shared their story as a queer international student from Mexico, and how transitioning from Spanish, a heavily gendered language, to English impacted their own process of navigating their identity.

“English, for me, has been an escape,” Duran said, as they described overcoming the barriers that exist in gendered languages such as Spanish.

Overall, QTPOC conference organizers and participants were satisfied with the turnout and success of the event.

“I want the QTPOC conference to eventually grow and have a lot more visibility and presence. This is a great space for workshops, but obviously there’s a lot more narratives being left out that could be included in this.”

Further photos of the event can be viewed here.

Correction [May 22, 1:29 p.m.]: A previous version of this article said Al-Anbar founded Students for Justice in Palestine. They did not. This article has been updated to reflect that.