The Daily Nexus
The Daily Stench
Extravaganza Lineup Announcement Unjustly Forces Students to Listen to New Music
May 14, 2019 at 4:20 am by Jared Spleez 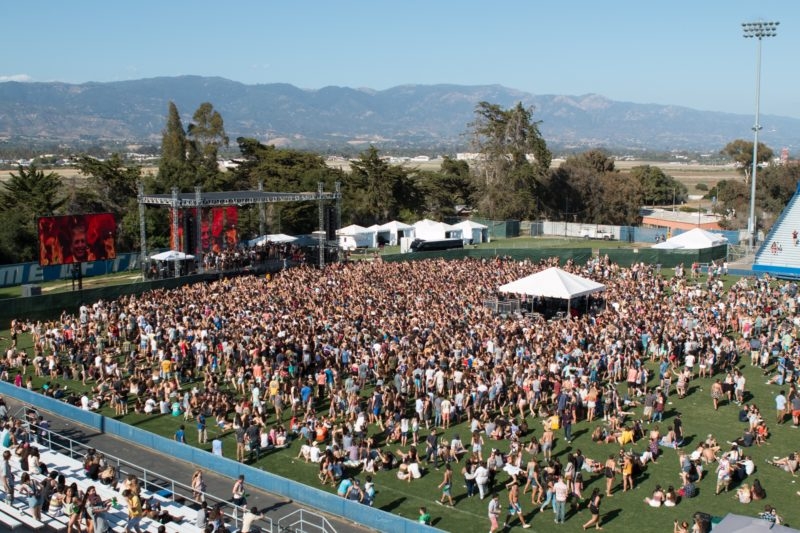 Once again, Extravaganza season is upon us and with the release of the lineup for the highly anticipated concert on Sunday, there is a wide mix of reactions among students. With big names like Aminé and Playboi Carti set to headline this day-long trip to Harder Stadium, many in the hip-hop community are excited to see what these artists have in store for this weekend.

At this time, many students are in dismay that they do not know a single song by the other artists. Some are outright infuriated. To get a deeper understanding of why this lineup has caused so much grief in the student community, Nexustentialism reached out to several students.

“Don’t get me wrong, like I love Carti and Aminé is cool too, but I have no idea who the other people are. Like not a single song. I can’t believe that I’m gonna have to listen to this shit while my buzz wears off,” second-year Stan Tildeth said,

Tildeth went on to note that if he wanted to listen to music he didn’t know and didn’t want to listen to, he’d “go to Alpha Thrift, buy a radio and listen to KCSB.”

This theme of aversion to new artists that the students aren’t familiar with seems to perpetuate throughout the student body and appears to be a serious concern for most of the people we spoke with. Though many students we talked to had an overall positive view of the lineup for the weekend, there were still many who could not get over the fact that the A.S .Program Board is metaphorically shoving these artists down their throats. One such individual was fourth-year Ann Grie, who gave us a particularly negative take on how she felt about the lineup.

“Like I feel that A.S. doesn’t even know what people like. There might be a lot of people who like the lineup, but I’m not one of them,” Grie stated. “I usually don’t go to Extravaganza because it misses my curated music taste by so much, but I’m going this year just to protest. A.S. can’t keep getting away with doing this to people.”

These opinions bring up a valid point: Why can’t the Program Board simply get artists that all 20,000-plus students love? All students pay for the concert with their student fees, so the rage students hold against A.S. for not making all their very specific dreams come true is quite understandable. Even if you are happy with who is planned to perform on Sunday, you have to admit that being exposed to dangerous things like new music is not only unsafe, but also a violation of our rights as students. All we can hope for is that next year’s Extravaganza will not be so terrible.

Jared Spleez will still attend Extravaganza despite only planning to roll for two of five artists.