The Daily Nexus
Opinion
The Consequences of the UCPD Allegations
May 9, 2019 at 2:00 pm by Anonymous

Like many other members of the Isla Vista and UC Santa Barbara community, I felt immensely disgusted by the recent allegations of misconduct against the UCPD. Nothing in recent memory compares to my abhorrence regarding these allegations; the very people who have sworn to protect this community have allegedly turned against the vulnerable and the marginalized.

When I first heard of these allegations, I found myself re-reading one particular part over and over again, unable to tear my eyes away from the specific paragraph:

Officer [Ryan] Hashimoto also allegedly “inappropriately joked” and stated to UCPD staff “that the victim in the Daniel Chen rape and kidnap case contracted herpes from the suspect,” while UCPD was conducting the investigation. Officer Hashimoto allegedly “mocked the victim’s Asian accent, and in the accent stated: ‘I have herpes on my pussy.’”

This is not the only reference to alleged mockery or inappropriate conduct made by officers toward sexual assault victims noted within the court documents. Officer Hashimoto also allegedly made videos ridiculing C.A.R.E. advocates and sexual assault victims. Another officer, pseudonymized as Officer M in the court documents, had an alleged reputation for making unsolicited contact with victims of sexual assault and C.A.R.E. staff members at inappropriate hours of the night, sometimes asking to meet in their homes. 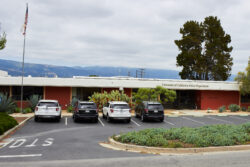 This alleged behavior perpetrated by the UCPD directly contributes to a harmful environment in this community, especially in terms of reporting instances of sexual assault and sexual violence. These allegations, if true, are not only wildly unhelpful and disrespectful to those who choose to report these violent crimes, but they contribute to the toxic rape culture oozing at the seams of our community.

Approximately one in five women and one in 16 men will be sexually assaulted in college. Only around 10% of survivors report their assaults to law enforcement. This is due to a number of reasons, including fear of retaliation by the perpetrator/associates/friends and the hesitation to put oneself through the physically and emotionally invasive process of reporting. Now the despicable allegations against the community’s own police force is another contributing factor that survivors must consider before choosing to report.

Sexual assault is a crime based on power dynamics. As an inherently powerful figment in the community, the UCPD is exacerbating that power imbalance by allegedly exploiting people who have been physically, mentally and emotionally violated. They have allegedly abused their power to prey on and mock people who have sought their aid, people who are hopeful that their power can help serve justice.

These allegations against officers in our own community are exponentially detrimental to the relationship that the police will have with UCSB students and I.V. residents in the months and years to come. The damage is done; the inherent community distrust of the police is only heightened by these claims.

In a society plagued with looming statistics of sexual violence, our police should be beacons of support and justice. Instead they allegedly mock victims of assault, joking about the immense suffering and trauma that they endure. These alleged actions minimize and invalidate the experiences of survivors and, in turn, create a toxic environment that discourages reporting.

College communities are particularly privy to sexual assault, and if these allegations are true, it is impossible to quantify the number of people that the UCPD has hurt over the years with their callous mockery of people who are courageous enough to come to them seeking help.

These allegations, if true, are not only wildly unhelpful and disrespectful to those who choose to report these violent crimes, but they contribute to the toxic rape culture oozing at the seams of our community.

Women are not the only people who are left feeling as though they had nowhere to turn (if they even still considered the police worth going to for help). The officers named in the lawsuit also allegedly made derogatory comments against people of color (including students and faculty). Officer Michael Little allegedly spoke of a fantasy in which a Black man attempts to rob him: “Little would then mimic responding by stating, ‘How about I shoot you in the fucking face!’”

When I passed by the department after the article’s publication I was left with chills down my spine and goosebumps on my arms. When we hear horrific stories of insidious actions carried out by cops, it often feels removed, if we are lucky enough to have that privilege. But now, face to face with the police building, if true, it is disturbing to realize what inexcusable behavior allegedly took place inside its unassuming walls. It is disturbing to realize how many people we know were hurt by the reported comments, stereotyping and mockery made behind those doors. These are the cops we see out on the streets at night after parties. We say nothing when they hit on us, or when they give us trouble because we know better than to pick a fight with a police officer.

Some cops in the community seem like they try to relate to the younger-skewing demographic of the I.V. community. The Nexus itself even had a column from as recent as late 2015 run by Lieutenant Mark Signa, one of the plaintiffs in one of the lawsuits against UCPD and frequently negatively mentioned in another. Even if Lt. Signa is unfairly portrayed in these allegations, the alleged “Good Ole Boys’ Club” fostered within the UCPD seems to have contributed heavily to the normalization of this culture of toxicity that has run rampant in Isla Vista.

Even if these cases don’t hold up in court, the reputation of the UCSB UCPD could be irreparably damaged; there’s a chance the community will never look at the UCPD in the same way again. I find it deeply ironic that the department, which has recently contributed to a series of videos extolling sentiments of belief and support for survivors, is facing such disturbing allegations regarding the dehumanization of victims of sexual violence.

Even if these cases don’t hold up in court, these allegations will likely be widely believed by the community. The department should not have tried to bury these allegations that go back several years; instead, they should have made a statement in an effort of transparency. These allegations never would have seen the light of day had members of the Nexus not physically gone through court records to find them.

These allegations and the effort to hide them from the public eye will alter the UCPD’s relationship with the community for years — if not decades — to come, and that will hurt the students above anyone else.

Anonymous thinks that UCSB students deserve a police force that does not diminish the experiences of vulnerable and marginalized communities.

This is what I have been saying about UCPD for years. A bunch of corrupt frat boys.

Listen People, just because you have a few bad officers, doesn’t mean the whole department is corrupt. That’s just being stupid.One mans action should not reflect onto his fellow fixers, many people DO NOT feel the same and would never say those thing working as a public safety servant, they want to help their community. That’s why they go into this line of work!! Don’t judge all cause of one idiots mouth!!

The alleged mockery of sexual assault victims is extremely disturbing, but isn’t it also worth mentioning that, according to the lawsuit, UCPD listed males as rape suspects even when there was no evidence and embellished victim’s statements in order to meet criteria for a crime? And that they failed to protect civilians who were being beaten by far-left anarchists at Berkeley during the Milo event? Those elements are just as disturbing, in my opinion. If the lawsuit is true, there was clearly a high degree of misconduct occurring in the department, but it went in a few different ways and… Read more »

Grow up get a life. Why can you not move on from college?
You are pathetic

There’s always one genius who makes this galaxy brain comment. I could avoid it by commenting anonymously, but I choose to put my name to what I write.

No doubt some of the alleged activities are very serious, may be criminal. The problem is several officers under the most serious allegations are still working at UCPD. Are they being investigated? Is there a conclusion? How hard can it be to confirm those videos etc when others have seen it as well? UCPD seems to be in self-destructing mode. Silence.

While I agree these accusations are serious, let us try to remember that none of this has been thoroughly investigated yet and the allegations seem to be coming from a former disgruntled employee. Lets push for the UC to actually investigate these claims and see what they find before we make judgements on CARE or the officers. Most do want the best for our students.

The behavior of these officers is abhorrent no doubt, however please do not cite the debunked “1 in 5 women will be sexually assaulted” claim. It’s an **advocacy study** (look up the term) conducted using vague wording and a small sample size, deliberately performed to achieve the highest, most shocking statistic possible. It’s bad statistics.

You’re being inherently dishonest and inciting paranoia in young women.