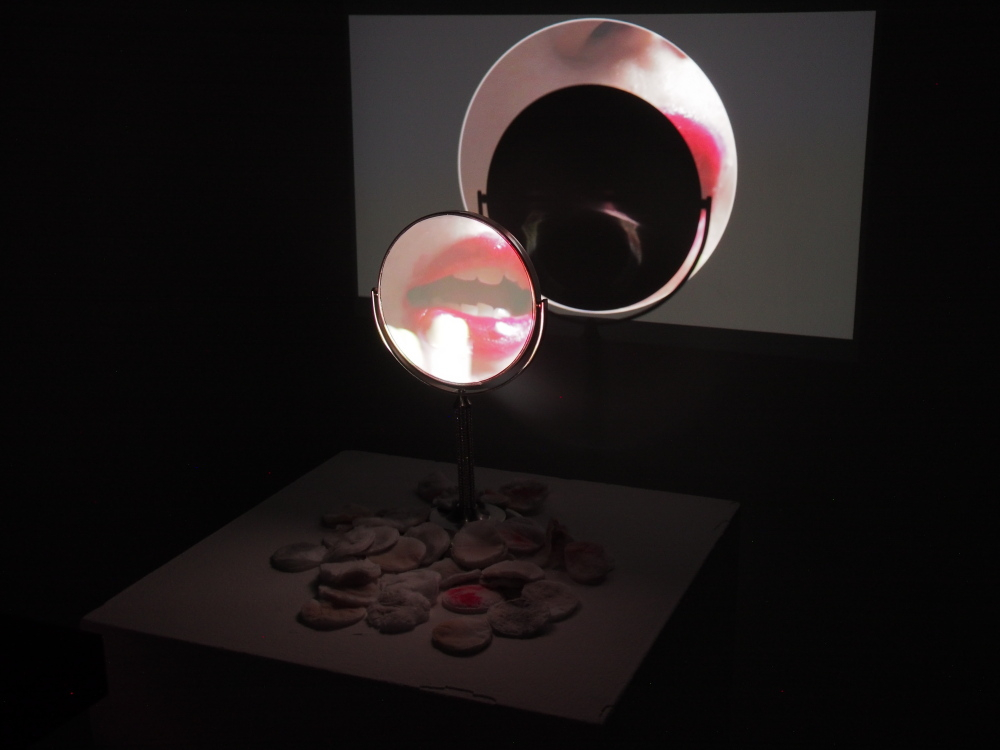 “It Girl,” an exhibit created in collaboration between Megan Koth, a first-year graduate student, and Jordan Metz, a fourth-year film and media studies major and art minor, explores different perspectives on how society views women. Their objective is to show us how women struggle to achieve confirmation of self from society by abiding by the general standards and expectations imposed on them.

“It Girl” approaches conceptualizations of women through the lens of self-care. Although makeup and skincare routines are practiced by women for women, they also facilitate an image for society. Consequently, women are simultaneously considered “girl” and “it” in the eyes of society.

Koth and Metz met in a video class where Koth was invited to join Metz’s “Plastic Flesh” project.

“[Metz] invited me to do this show with her because we saw how our pieces really complemented each other. Her four-channel video piece titled ‘Plastic Flesh’ is a really effective interrogation of beauty standards and the struggle to sculpt oneself in their image, while also addressing the dangers and contradictions present in the objectification of women’s bodies and body parts in general,” Koth said.

“It Girl” has an underlying homemade component to the art which is astonishing yet authentic. “With my two pieces, I use my own body to explore beauty rituals and their simultaneously seductive and grotesque nature,” Koth stated. She mentions that the overall theme of her piece was about self-love and finding that concept within our rituals to self-care.

Koth’s “Mirror Piece” and “Pink Peel ASMR Skin” compare the concepts of pretty and ugly. She explains, “I really wanted to showcase the entire process of makeup – both the seductive application and then the more grotesque, messy removal, while also highlighting how one really hyperfocuses on areas of the face while conducting this ritual.”

She demonstrates her interest through “Pink Peel ASMR Skin Care Satisfying.” Her title plays with the trend of ASMR (autonomous sensory meridian response) on YouTube while the video exhibits a transparent routine presenting all components of what real skincare looks like. With the discomfort of watching someone peel off a film that looks like skin comes the notion that women must endure unattractive practices to become something society would deem as pretty. 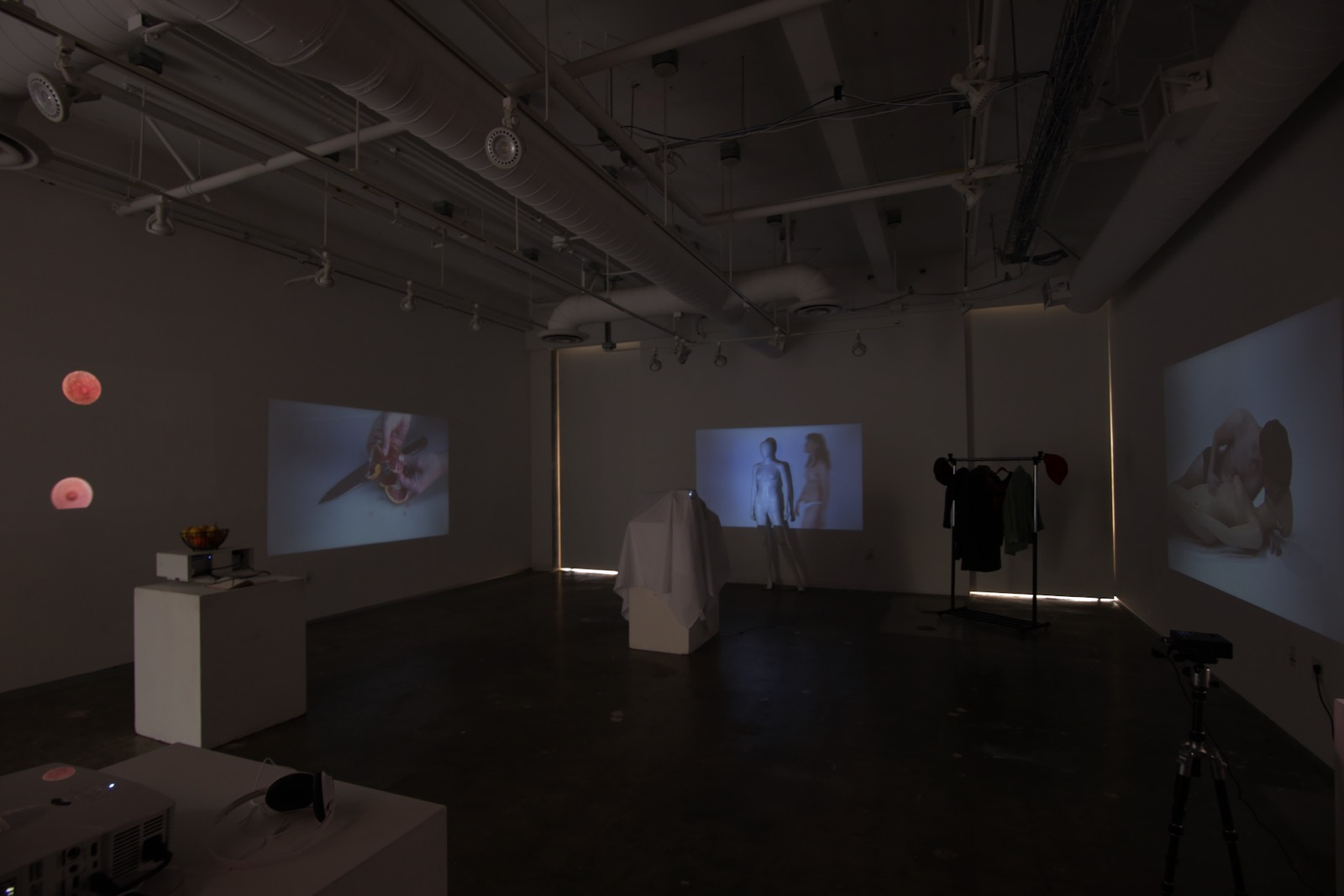