The Daily Nexus
News
Cajé Unveils Eco-Friendly Location in Downtown Santa Barbara
May 2, 2019 at 12:04 am by Amira Garewal

Cajé, the much-loved coffee shop at the heart of Isla Vista, opened a second location in downtown Santa Barbara this past weekend. 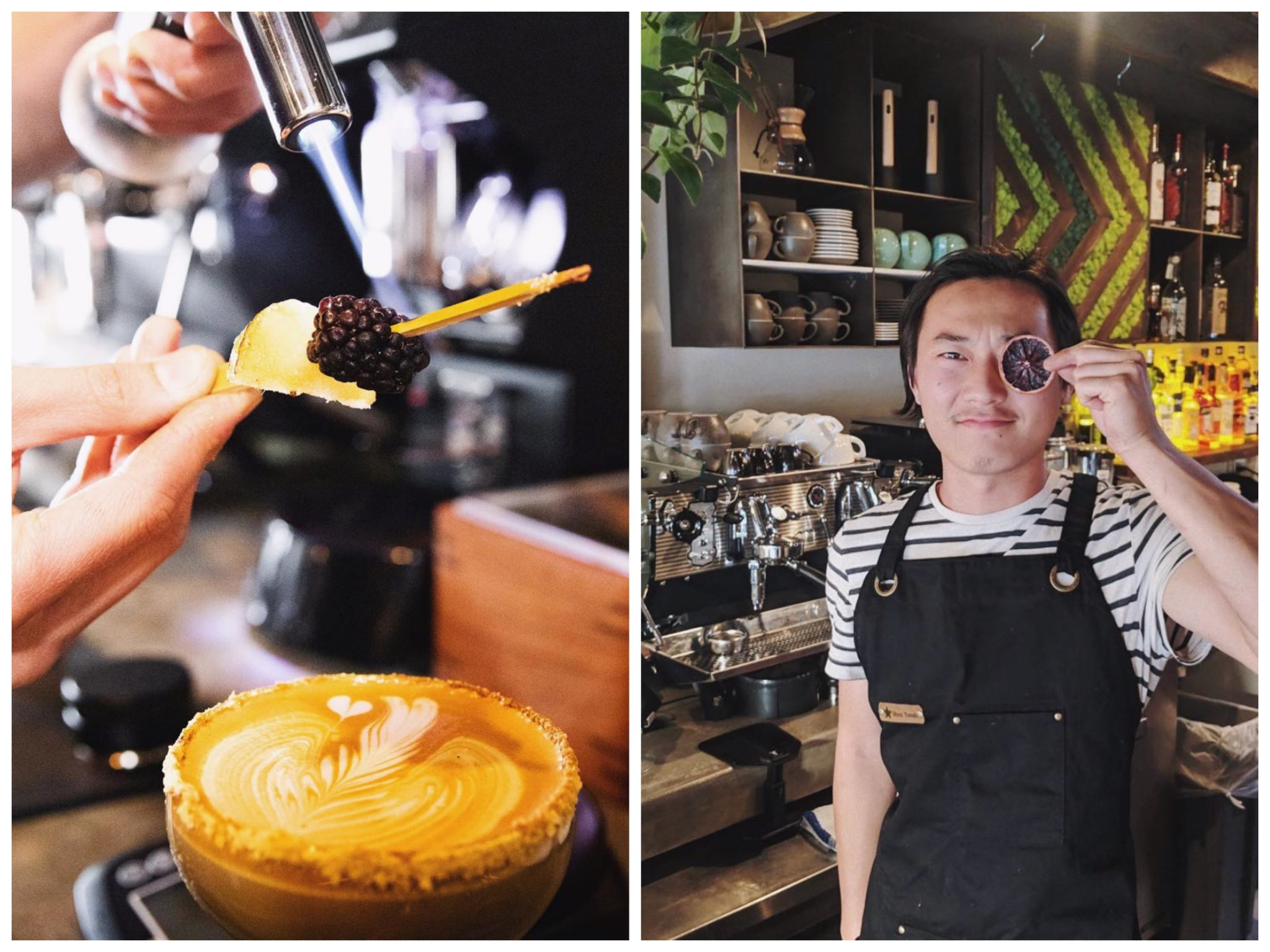 According to Cajé General Manager Troy Yamasaki, the new shop, located at 416 E Haley St., is revolutionary in its progressive steps toward reducing waste.

“We are unique in that we don’t have any single-use to-go cups or single-use to-go anything,” Yamasaki said. “At Cajé in I.V. we understand that students are busy and have to run, but we do have a lot of consumer waste there.”

“With us having the opportunity to open a shop with an entirely new concept, we thought that we should take a step in the right direction for the environment and cut down on our use of single-use plastic cups,” he added.

The downtown Cajé relies on what is known as an “exchange program” as an alternative to single-use cups. Customers pay a deposit to use a reusable cup, which is repaid when the cup is returned.

“We have an exchange program, so it is $5 for a hot cup and $2 for a Mason jar, and you pay that deposit and you get your order in a reusable cup,” Yamasaki said. “If you give it back to us, we give you [the deposit] back.”

In contrast to the I.V. location, the downtown location will be a Prohibition-era themed bar beginning at 5 p.m. The bar, called Lab Social, is a speakeasy-style bar, meaning that it is hidden from public view.

“[The bar] is supposed to be slightly incognito,” Yamasaki said. “It is a trend that a lot of bigger cities are doing, where instead of just being a bar with the front door open, it’s a bar that is kind of hidden within another store or hidden from plain sight.”

The front door will be locked at nights, and customers will have to find their way into the bar through the back entrance, according to Yamasaki.

Other differences between the I.V. location and the new Cajé downtown revolve around the menu.

“In Isla Vista, we have bagels, acai bowls and smoothies,” Yamasaki said. “[Downtown], our menu right now is consisting of a tortilla española and an avocado toast, which is different than the location in Isla Vista.”

Additionally, the downtown Cajé has formed a collaboration with Sama Sama Kitchen, an Asian fusion restaurant, to diversify Cajé’s menu. According to Yamasaki, the menu is expected to grow, with the full version to be rolled out come grand opening, pending a time and date to be determined.

“The space is beautiful, and we are really excited to provide a downtown haven for our regulars in Cajé Isla Vista as well,” Yamasaki said.

“We appreciate all the love and support we have received so far. It’s actually been ridiculous how many regulars from our current location came out to show some love and some support. There is just a lot of gratitude here for that loyalty.”

A version of this article appeared on p. 1 of the May 2, 2019 print edition of the Daily Nexus.