The Daily Nexus
Student Gov
A.S. Senate Passes Resolution Calling on UCSB To Become Sanctuary Campus
May 2, 2019 at 12:03 am by Max Abrams

On Wednesday night, the Associated Students Senate passed a resolution and tabled a bill, both of which support the protection of undocumented students at UC Santa Barbara.

While the resolution and bill are similar in nature, their overarching goals are different. 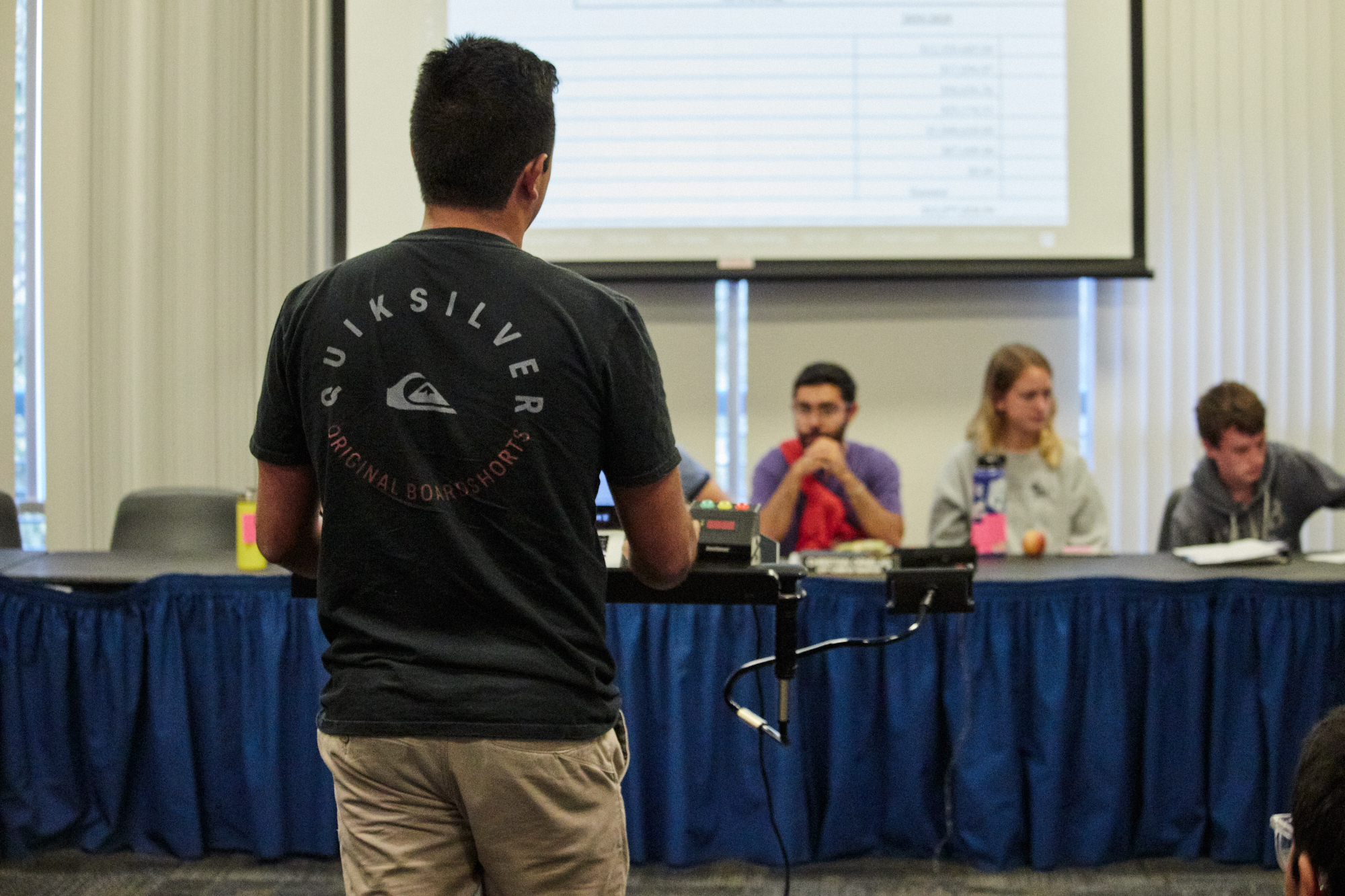 The resolution, “A Resolution to make UCSB a sanctuary campus,” advocates for the university-wide protection of undocumented students, while the bill, “A bill to make ASUCSB a sanctuary space,” states that Associated Students (A.S.) would “not be permitted” to communicate with immigration enforcement agencies as well as interact, receive or grant funds from more than 10 different companies.

The resolution also condemns the United States Immigration and Customs Enforcement (I.C.E.) and several major companies that the university is currently invested in, such as Salesforce, ABM Industries and the Hewlett-Packard Company among others. A.S. is condemning these companies due to their involvement with I.C.E.

To attain “sanctuary status,” the school needs to meet several stipulations outlined in the resolution.

Refusing to share information with immigration enforcement agencies, investing in “faculty and staff training to support undocumented students,” protecting students and faculty from deportation, barring I.C.E. from all UCSB-owned property and blocking “campus security” from asking about an “individual’s immigration status” all contribute to the definition of “sanctuary status,” according to the resolution.

“This Senate and past Senates have history of supporting the undocumented community and it would be good to continue that. Earlier this year, we passed something about voter rights for undocumented folks in I.V. and it’s good to just do something on campus,” Ornelas said.

Rachel Andrews, a second-year biopsychology major, spoke about the resolution during public forum. Andrews said undocumented students often fear being “separate from us, as if they’re not your neighbor or the person you’re sitting next to in class.”

The bill carries similar sentiments to the resolution, with the exception that it is tailored specifically to UCSB-invested companies, stating that “Associated Students shall not provide assistance or resources” and will prohibit any presence of these companies in A.S. “physical space[s]” without the proper documentation to enter them.

Also tacked onto the bill: “ASUCSB will no longer use e-verify in its practices in order to protect the identities of its undocumented members.” E-verify is a “web-based system that allows enrolled employers to confirm the eligibility of their employees to work in the United States,” according to the company’s website.

While addressing the Senate, Kopel noted that she asked UC President Janet Napolitano if she plans to make UCSB a sanctuary campus. According to Kopel, Napolitano ultimately said she would not, citing fears that it would make UCSB a target if it were to assume the label of a “Sanctuary Campus.”

This is deplorable! Tax payer funding of a US institution should not be spent to condone illegal activities to advance this agenda. There is a proper way to citizenship, education and employment in this country, helping open up a side door or sneaking people under the ropes using the very resources of those who are contributing to the system legally, is an insult and irresponsible decision. Further, I’m at a loss for how this could even get to the table by a public university in the United States of America. Stop wasting the time time and money of tax paying… Read more »

Relax moron. This is a student run organization with a petition. It is not the UC official position. Petitions are not official policy.

If and when that happens, then you can complain about the approximately 20% of the cost the taxpayers dole out going to questionable causes.

Take your meds and learn what it is you are raging about.

How mature of you. “Take your meds.” What are you, a bully like Trump? Shame on you.

Sorry — should have said, consider adavan (sp?) for your emotional distress. It appears to be negatively impacting your ability to reason.

As for the rest of the poster’s comments — well I suppose ranting absent relevant data is a hallmark of the deplorable contingent that is malignantly eating away our apparently failed experiment in self-governance. One simply cannot have a rational and compassionate populace when informed discussion is considered the stigma of the elite.

That is what is a shame and to be shamed. Get your priorities sorted (after seeing a physician).

Oh, a clever bully. How quaint.