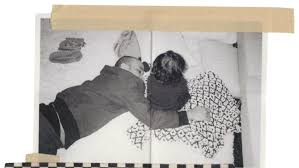 For the fans who fell in love with the soulful grooves and dynamic lyricism of the Malibu era, I have some good news: Anderson .Paak is back, and he is better than ever.

The 33-year-old Oxnard native’s latest project, Ventura, can be no better described than a celebration of his return to his roots as an artist — the stirring and understated style that earned him a feature on Dr. Dre’s Compton.

“Come Home,” the first song on the record, is also its standout track. Leaning into the raspy vocals and vibrating bass lines reminiscent of something out of a Motown record, .Paak fully embraces the role of a jilted lover as he croons: “I’m beggin’ you / I’m beggin’ you, please, come home / No one even begs anymore.” Complete with an immaculate feature from André 3000, this number will leave you feeling nostalgic for memories you cannot quite put your finger on. Seamlessly transitioning into the atmosphere of soul-infused R&B, the follow-up track, “Make It Better,” details the heartbreak of two lovers pulled apart, and suddenly their pain parallels yours.

In keeping with our generation’s inclination to fuse the arts with social justice and activism, .Paak skillfully tries his hand at addressing the issues facing marginalized groups. “King James,” whose title pays homage to NBA great LeBron James, refers to everything from President Trump’s declaration of a national emergency to Colin Kaepernick’s activism. “We couldn’t stand to see our children shot dead in the streets/ But when I finally took a knee / Them crackers took me out the league,” .Paak says.

While speaking on these issues through music can quickly put a damper on the mood, the expertly blended rhythms and clever wordplay are a testament to .Paak’s control over his craft.

Most of us who have been following .Paak’s musical career distinctly recall the 2018 release of Oxnard as a bullet train veered off course, as the artist left behind his winning neo-soul persona and stepped into that of a insouciant hedonist. The change in his musical style was hardly overlooked, as fans and critics alike denounced the record as trying too hard to infiltrate the West Coast rap scene. Any worries that .Paak might have permanently reinvented himself, however, have officially been put to rest with the release of the latest installment in his coastal road trip.

Ventura, .Paak’s second project in under six months, makes it abundantly clear that this artist refuses to be written off or defined by his mistakes. His meteoric ascent into stardom naturally bred lofty expectations regarding the trajectory of his career, but this time around .Paak decides to let the music speak for itself. He returns with laser focus to the raw, smooth sounds he knows best, and the result is an effervescent 11-track record which transcends generations. Looking ahead, here’s to hoping that .Paak does not forget that going commercial is overrated — that wherever his road trip takes him next, he remembers to look back every once in a while.