California’s average gasoline prices are the highest in the country at slightly above $4 per gallon compared to the national average of around $2.85 per gallon, as reported by the American Automobile Association.

“Motivating the study was really trying to understand and explain variability in gas prices that we see, both in Santa Barbara and more broadly in the county,” Alan Murray, a professor of geography, said.

Jing Xu, a graduate student researcher in the Department of Geography, co-authored a paper with Murray that appears in the Asia-Pacific Journal of Regional Science.

“The market competition is definitely the first factor that will affect gas prices,” Xu said. “Spatial factors we found [to be important include] gas station density within a 2.5-mile radius and the distance from a station to its nearest competitor station. These factors significantly affect the gas price statistically in terms of typically decreasing price with more competition.”

Additionally, the presence of a nearby store or car wash service resulted in lower prices.

In urban areas with high gas station density, gas prices were typically lower than in more rural areas or those near the urban fringe, which observed low market competition.

The researchers found that major gas brands such as Mobile, Shell and Chevron drove up prices, with a 32-cent-per-gallon difference higher than prices at minor brand retailers.

And indeed, as we all might have presumed, station proximity to activity hotspots including shopping centers, school districts and major roads, freeways and highways influence gas prices. Gas stations closer to these hotspots often charged higher prices.

“If a gas station is closer to a school district or a shopping mall, it’s going to have higher gasoline prices to take advantage of the fact that people are usually going to fill up their tanks on the road when they’re doing other things,” Xu explained. 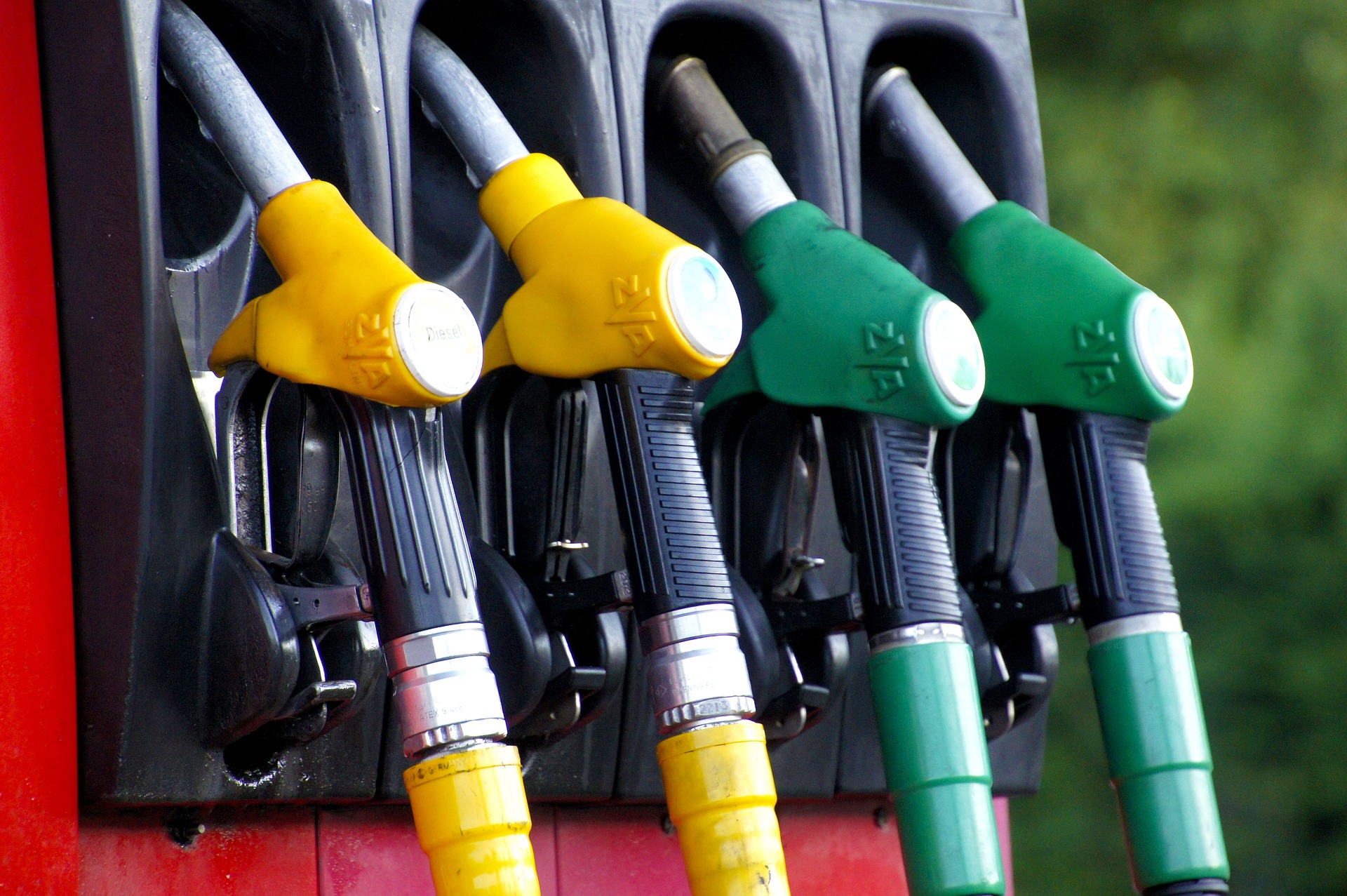 A major second interest in performing the study was to find pricing outliers, according to Xu.

In particular, they identified three gas stations — in Carpentaria, Santa Ynez and Goleta — with higher gas prices compared to the average prices other stations in the county offered. Convenient station access and low market competition help to explain this phenomenon.

“The most interesting one is the Mobile near exit 108 of [U.S. Route] 101. That one sells gasoline at the price of $4.79 per gallon compared to the average price of about $2.80 per gallon in the whole county during our two-week study period. That’s about 68 percent higher than the average of the gas stations, so that one is really significant,” Xu said.

In their study, Xu and Murray found that the Mobile station at the intersection of Storke Road and Glen Annie Road was the biggest outlier in the entire county. Situated near the freeway and popular areas including Camino Real Marketplace and Isla Vista, the station can take advantage of its prime location through price-gouging behavior.

The California Department of Transportation’s daily observed transportation numbers show that Storke Road receives nearly double the average amount of traffic per intersection in the county annually, Xu stated. This particular Mobile is also the last major-name gas station before Solvang when traveling north on the 101 freeway.

In their paper, the researchers concluded that spatial factors do play a significant role in gas price variation — at least in their area of study. Their work “offers a first attempt” at analyzing the spatial factors associated with gas pricing outliers, in hopes of encouraging “government agencies, urban planners and policy makers with capabilities to investigate regional gasoline price variation and potential gouging behavior.”

“Spatial advantage dictates, which isn’t really a big surprise,” Murray said. “But in this case, it’s a bit more so than you would expect. In particular, the Mobile’s prices are much higher than some nearby competitors and it appears to be a function of the traffic volume but also proximity and who some of those drivers are — students going to UCSB. Storke Road has a lot of traffic, or certain kinds of students in particular [including] graduate students and maybe upper-division students that live in parts of Goleta.”

“There could be aspects of taking some advantage of particular socioeconomic or particular kinds of groups. You have [Dos Pueblos] High School in the area and you have a less affluent residential area in proximity to that particular station,” he added.

From onsite observations, the researchers noted that while the Mobile station charged distinctly higher prices, overall, less traffic volume passed through. Most drivers who stopped at the station either only bought items from the convenience store and left or simply left without purchasing gas.

This led the researchers to think about their potential next steps.

One idea could be to acquire more information on traffic volumes and other activities to better understand the relationship to pricing behavior, according to Murray.

“If we could, it would be quite interesting to look at some issues of volume and the degree to which pricing seems to be influenced by levels of volume, in addition to spatial issues. Relative to the study [especially in regards to the Mobile outlier], this issue of total sales and volume and the degree to which people are working profitability margins will be particularly interesting,” he said.