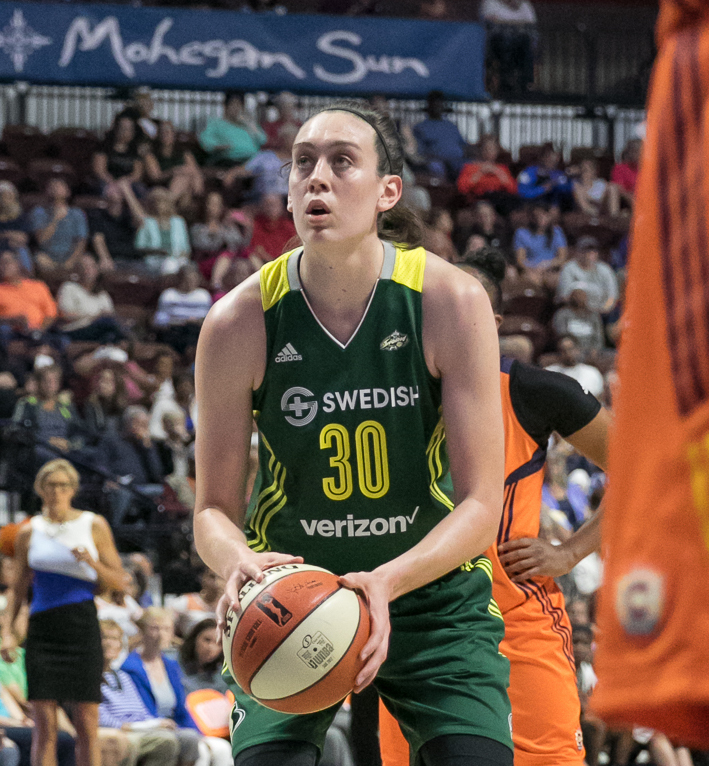 I am personally responsible for Breanna Stewart tearing her Achilles over the weekend in the EuroLeague title game.

No, I wasn’t guarding Stewart when the injury occurred. In fact, I wasn’t even in the same country at the time.

Yet, I still find myself at fault for what happened.

With a base WNBA salary equivalent to that of a grade school teacher, Stewart was forced to play overseas to make a living — as almost all WNBA players are. After leading her Russian team Dynamo Kursk to the title game, Stewart rolled up on fellow WNBA star Britney Griner, rupturing her Achilles in the process.

Just months prior, Stewart had experienced one of the highs of her young career, lifting the WNBA championship trophy for the first time as the Seattle Storm swept the Washington Mystics, earning finals MVP in the process. During the regular season, Stewart averaged 21.8 ppg and 8.4 rpg en-route to earn league MVP honors.

Now, because she played in a game that a player of her caliber should not have to play in to make a decent living, Stewart loses a valuable year of her prime, the Seattle Storm lose their superstar for the season and the WNBA loses one of their most marketable players.

Again, all because of a devastating injury that should never have occurred.

How is it possible that the MVP of the premier women’s basketball league in the world doesn’t make more than $56,000? It starts with a faulty collective bargaining agreement (CBA) — one that can, should and will likely change in the coming years.

When WNBA players complain about their salary in comparison to their male counterparts, they don’t expect to get equal pay; obviously, the men’s game makes more money. No, what they want is a similar share of the profits. In the NBA, 50 percent of the total money is allocated to player salaries; in the WNBA, that number hovers around 20 percent. Double Stewart’s salary, and maybe she wouldn’t have to play overseas — instead opting to give her body a much deserved rest.

But that doesn’t explain the whole story, including why the WNBA has consistently lost money over the past 10 years. For that, I blame myself.

I’ve always tried to advocate for women’s basketball; as a 12-year-old, I vividly remember writing in my journal, trying to make a successful marketing plan for the WNBA. What I failed to understand as a young, naive kid was the nature of the main force holding the WNBA back: sexism.

We’ve all heard the common arguments made by men against women’s basketball: it’s boring, the women can’t dunk and,“I’m a waaaay better basketball player than these women.”

The last point especially pisses me off, because it manifests itself even in pickup basketball. One of my best friends plays pickup with me weekly, and every time she makes a shot, the game always stops for a minute so everybody can clap and congratulate her. In reality, she’s played more minutes of organized basketball than they ever will in their lives.

This year, I had the privilege of beat-writing for the UCSB women’s basketball team, and I saw first-hand the skill, effort and tactics that went into a game. I will guarantee that freshman point guard Danae Miller could cross over anyone I know, regardless of gender.

As for the first two arguments, women’s basketball may be played below the rim, but that makes it no less exciting to hoop nerds like myself. Because there is less reliance on raw athleticism, WNBA players are some of the craftiest finishers around the rim. And in stark contrast to the men’s game, the women’s game relies much less on the three-pointer, which is very refreshing to watch.

Now, back to my opening sentence: I blame myself because I haven’t done nearly enough to combat this sexism. Yes, I tell my friends they’re dead wrong when they say they can beat women in one-on-ones, but that shouldn’t be seen as an accomplishment. In my six years of being a part of the press, this is my first-ever WNBA article. That needs to change.

I challenge any basketball fan who is reading this article to watch a WNBA game with an open mind and see what you think. Rather than deriding the players for their inability to dunk, praise them for their backdoor passes, their ridiculous finishes near the rim and their ability to knock down big three’s with the clock winding down.

WNBA is a joke.

WNBA requires just as much fundamentals, and the way the play the game is beautiful my friend.

Great article! Thank you for bringing awareness and attention to this issue.