On Thursday, the Associated Students on-campus senatorial candidates for the Spring Quarter 2019 election took to the stage to introduce themselves to the student body.

Because there are five on-campus senatorial seats available, but only four candidates running, all of them will secure a spot, bringing the number of senators on the 70th Senate to 23 rather than the usual 24. This year, there is also no one running for the College of Creative Studies seat. 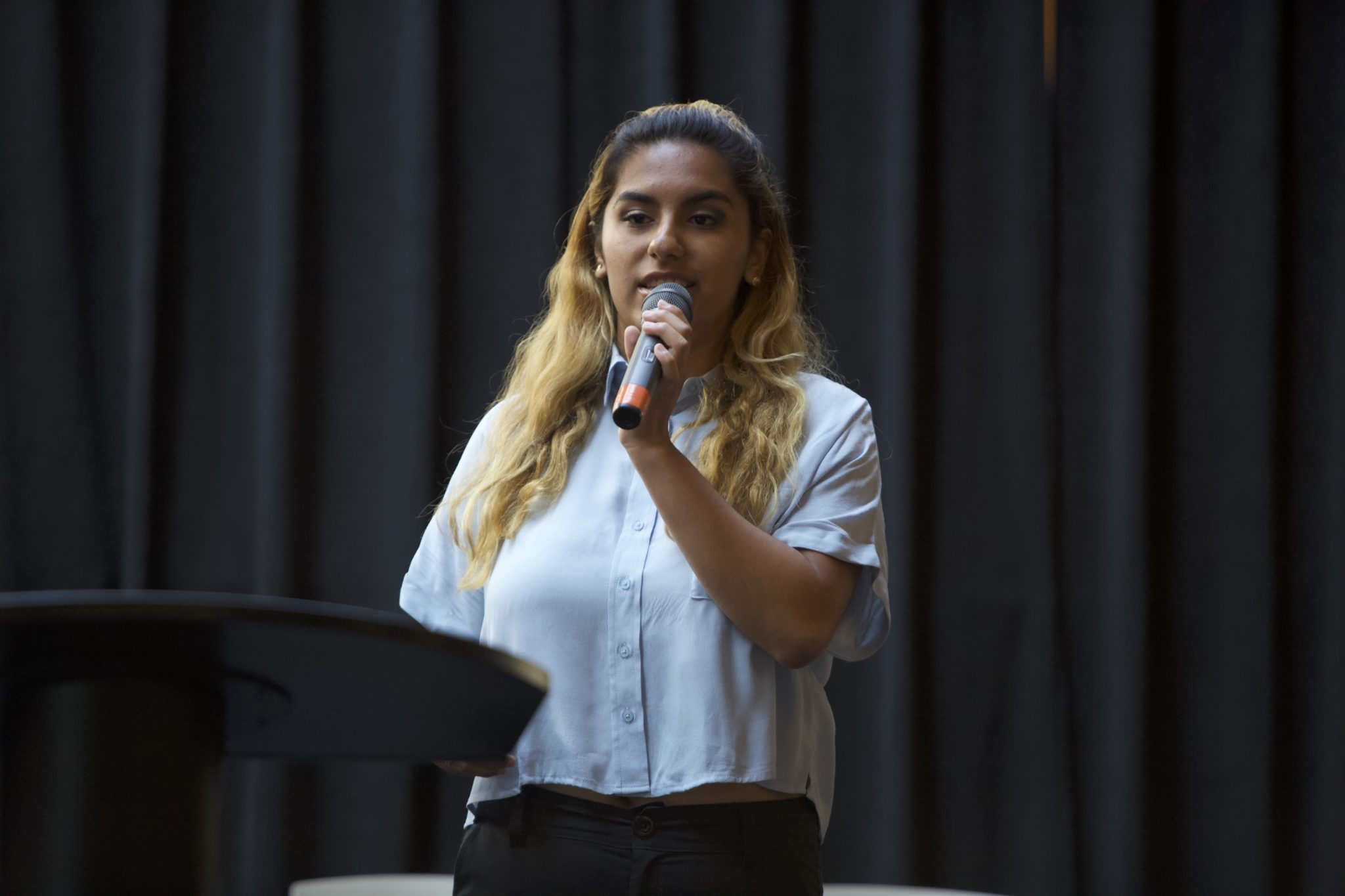 Diaz and Swanson did not attend the forum.

The questions asked by Elections Board and answered by the candidates are below:

What would your first priority be if elected?

Foreman said his first priority would be to implement a committee that would create a digital library of textbooks so students wouldn’t have to purchase textbooks every quarter.

Rojas said she would make sure Counseling and Psychological Services (C.A.P.S.) has more “initiative to reduce the waitlist times.”

How will the two-party system with campaigning affect the way you take office? Will you be able to work effectively with members of the other party?

Rojas said polarization is a “huge issue” in the Senate, and said it’s important to be bipartisan and make sure senators are “reaching the needs of the student body instead of being focused on just our parties.”

Foreman said this will not be an issue. He said he would work to fulfill students’ needs regardless of party lines.

For someone who is unfamiliar with the way A.S. works and what an on-campus senator does, could you explain what you do and what do you plan to do once you take office?

Foreman explained that students each pay approximately $600 toward A.S., which makes up a total budget of about $14 million. He said he is looking to use the money toward fixing the bike paths and implementing a system to maintain the paths, as well as increasing funding for mental health resources.

Rojas echoed Foreman’s explanation of what A.S. is, adding that senators write bills and resolutions that focus on helping students’ needs. She said she would love to work on implementing workshops in all the dorm halls that would address financial aid, mental health, anti-blackness and “anything to the needs of the students that I think would really help them branch out and understand how to navigate college life.”

“A lot of the times first years or even fourth years people can struggle with the stress of college life or guilt for not being there to pay and provide for their families. But I think it’s really important that if this happens or if a student is struggling, that they are referred to a program or know about the resources they have here at UCSB.”

Serving on the Senate is an extremely large time commitment. Just last week Senate had a meeting that ran for over 10 hours. Senators are expected to be present at various BCU meetings and have several other responsibilities as well. If you are elected, do you believe you will be able to dedicate yourself to the position and the time commitment that is needed?

Rojas said she will dedicate her time and effort to the Senate, as well as the Boards Commissions & Units (BCU) meetings.

Foreman said he will be able to fulfill the time commitment required, stating he is very “time management oriented.”

“I also look forward to sitting on Senate regardless of the length of the meeting and following and learning the procedures of Senate… I love to liason for meetings and learn about all the different organizations on our campus and the diversity and what they wish to see in Senate.”

This past year, the price to live in a double room with a 14 meal plan increased by approximately $500 dollars. What will you do to address increasing costs and make living in the dorms more affordable for on-campus students?

Foreman said he believes financial security is a “very important issue that is pressing our students at the moment.” He admitted that he is “not very educated on the cost of dorm living and the meal plan increase” but said he hopes to be educated on that once he takes his Senate seat. He repeated his plan to implement the open-source textbook program.

Rojas said the rising cost of tuition is a “really prevalent problem.” To address this, she said meals swipes should be transferable and shared among students.

Reports of on-campus sexual assault and dating violence have been on the rise during recent years. What would you do to address sexual violence on campus, and most importantly, how would you support and advocate for survivors?

Foreman said that he, along with other Campus United candidates, want to implement a Blue Light system in I.V. He added that there should be an office on campus that survivors can go to and speak to someone about what happened to them, and report on the issue “so that it can be addressed and that the assaulter be reprimanded and [so] that it does not happen again.”

Do you have any leadership or work experience relating to UCSB Housing and Dining? For example, experience with RHA, or a job in the dorms, or the dining commons. If you do, how would you use your past experience to help you in your new position.

Foreman said he is the Queer-Trans Student engagement chair in the Santa Catalina South Hall council. In that position, he works to “create space spaces where people, regardless of their gender, sexuality, race, and all factors can come and enjoy themselves and express themselves.”

“I would take this experience and bring that to Senate and make it a place where diversity is welcomed and can thrive,” he said.