Suad Abdullahi, a second-year political science major, was the only candidate to speak on Thursday’s Associated Students university-owned off-campus senator candidate forum. She is running unopposed with the Isla Vista Party. 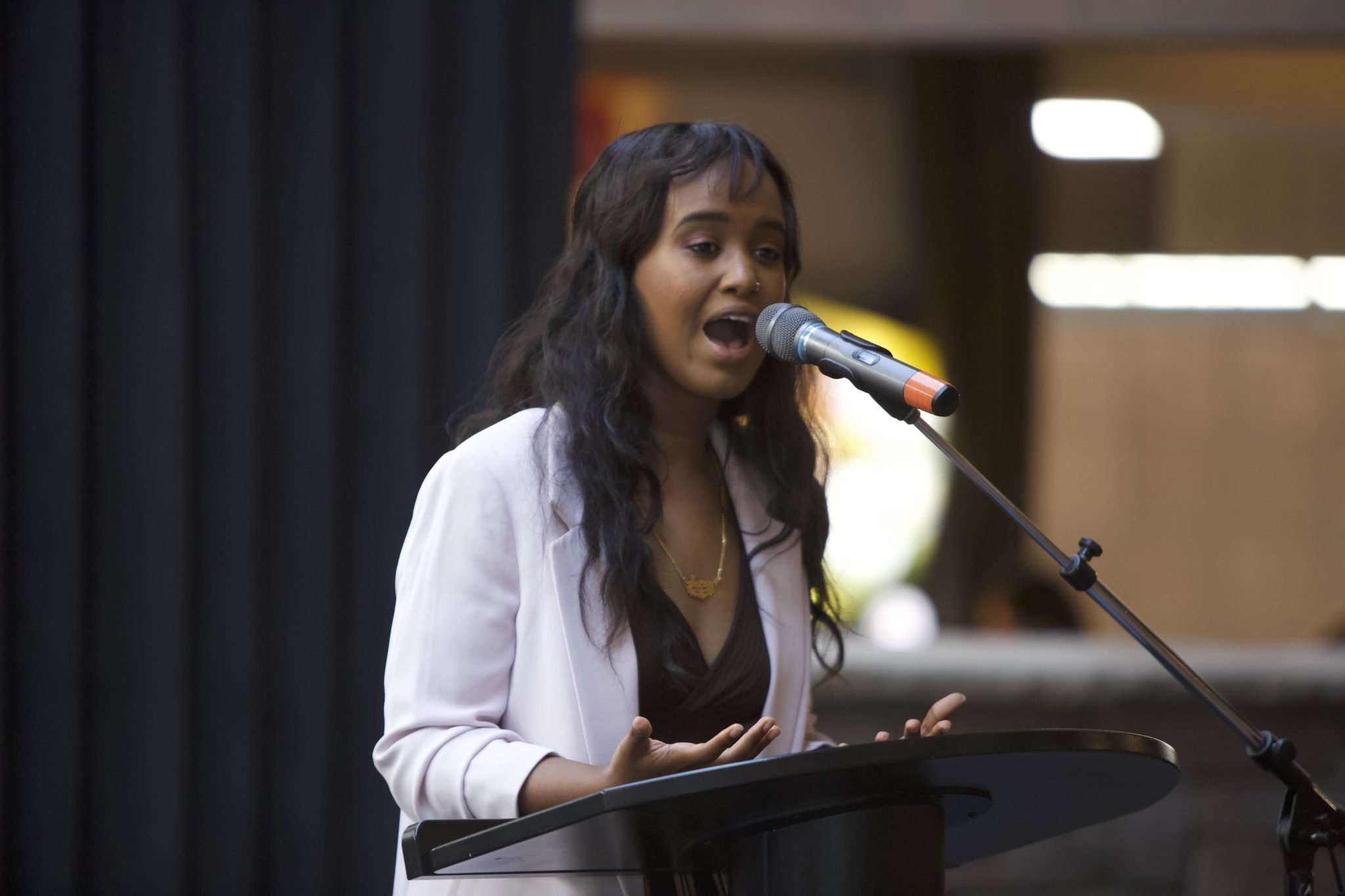 During the forum, Abdullahi spoke to her qualifications and experience, answering questions on the topic of off campus, university-owned housing.

Upon taking the stage, Abdullahi’s first question dealt with what her first orders of business would be if elected. Abdullahi said she would like to give financial aid to working students who live in university-owned off-campus housing.

“I want to try to see if I can work something out to get students who work above a certain amount of hours to get financial assistance,” she said.

Abdullahi is also a proponent of strengthening the current bus services, as she finds that both freshmen living in the Santa Catalina Residence Halls and other students living in university-owned off-campus housing often have to “put in a little more effort to come to school on time.”

“I think it’s a huge inconvenience even when you live a mile away from campus,” she added.

Abdullahi is also in favor of working with transfer senators, as she claims their constituents often overlap because many transfer students seek residence through university-owned off-campus housing as well.

“I’ve already been working with the current transfer senator that’s running… to do my job effectively, I will also have to be in close contact with people who are also representing the same groups of people that I’m representing,” she said.

Abdullahi said the biggest issue with university-owned off-campus housing is the distance from campus, stating that the extended time it takes to campus is an inconvenience to students.

Parking problems, an issue not necessarily specific to university-owned off-campus housing, was also a point of conversation during the forum. Abdullahi said she believes residents who live the farthest from campus should receive parking priority.

To tackle rising student fees, Abdullahi suggested “looking into the system to see where money is allocated” in order to reallocate funds to help combat the price hike. However, Abdullahi admitted that she is unfamiliar with the system but plans to become more familiar with it in the future.

On the topic of accessibility, specifically between the student body and A.S., Abdullahi would like to bridge the gap by personally approaching students to understand their needs. Furthermore, she would like to augment the current level of representation of university-owned off-campus housing students by moving events that would typically occur on campus to off campus.

“Seeing what students need and asking them personally is something that I intend to do,” she said.

Abdullahi added that she would have no problem holding meetings with students living in university-owned off-campus housing to help inform them of A.S. resources.

When discussing her background, Abdullahi noted that being a woman of color and a first generation student has allowed her to “walk through campus with a few different lenses,” which she believes will ultimately motivate her to be more “sympathetic” to the needs of students. As a Resident Assistant, Abdullahi said her immersion in different student communities has also helped broaden her horizons.

“Once you help everybody at the bottom, everybody else gets helped out as a result,” she said.