The most harrowing experience of my life: taking my Chinese immigrant parents to a Mexican restaurant.

“It’s a quesadilla,” I said, enunciating every syllable. Kay-Suh-Dee-Yah: an easy starter dish, I thought, a comfortable segue into Mexican cuisine. I watched the pained look on my father’s face as he struggled to swallow. My mother didn’t even try. “I DON’T LIKE IT,” she said, pushing her portion away with defiance. Inwardly, I cringed. 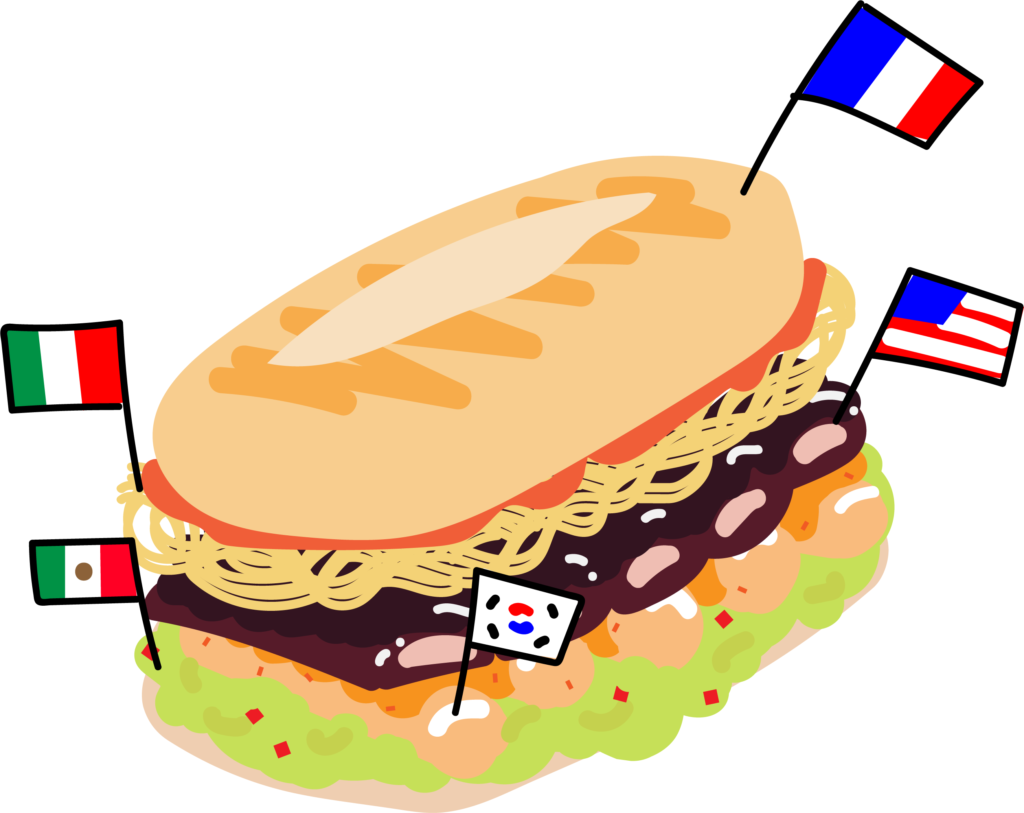 Americans are picky eaters — or so seems to be the general consensus. Our bacon and egg breakfast, regarded as the emblem of Americanness, is high-fat, high-calorie and single-noted in flavor. Earlier this year, NPR writer Christine Ro reported that the American food aisle in foreign grocery stores, rather than being stocked with artisanal goods, is often filled with products like Pop-Tarts, Marshmallow Fluff and, of course, the notorious Twinkie. With characters like Ron Swanson, who boasts an ironclad policy of hard liquor and no “rabbit food,” even Americans concede that American cuisine is often nutritionally subpar, highly processed and limited in variety — so much so it’s recognized as a comedic trope.

The dry humor of “Parks and Recreation,” however, appears to be heavily outdated by most accounts. While the running joke of picky eating persists in sitcom television, studies show that millennials are actually among the most health-conscious individuals. According to a report from Pew Research, millennials are “more health conscious than their parents were at [their] age,” hence the popularity of recent trends like juicing, fasting and — the latest hit — goat yoga. The health and wellness industry, unsurprisingly, is currently valued at $7 trillion, and researchers are anticipating it to grow to roughly nine trillion by 2020.

The stereotype of the bland, monopartite American diet also tends to be false: “Millennials don’t want the same sad burger that everyone else is eating,” says Washington Post’s Cara Rosenbloom. Never before has culinary creativity been so emphasized, with menu items like the much-acclaimed Mac ‘N’ Cheese burger, or L.A.’s charcoal-activated ice cream. The newfound expansion and experimentation of food we see, according to Rosenbloom, is predominantly “driven by [millennial tastes].”

Contrary to popular belief, the average 20-something is not only a health nut, but also a foodie. No longer is it enough for food to be quick and cheap; the age of the millennial is one with a particular palette and creativity standard — not like Ron Swanson’s diet at all. We reside, instead, in an era during which the farm-to-table narrative is highly fetishized, and food is priced by virtue of being “exotic”, “one-of-a-kind” and “artisanal” — the very qualities that young adults are passionate to consume.

Christine Hoang, a fellow UCSB student, is such an example. A self-declared foodie, she runs a food Instagram, dedicating her page to photos of foods she’s tried. “I try so many different things,” she tells me. “Why not document it?”

“I think the definition of being a foodie is being really passionate about food, trying new food, reviewing food,” Hoang says.

“Are your friends foodies as well?” I asked her.

Hoang is perhaps among the more voracious of food lovers: “None of my friends have food Instagrams, but they come along with me and they’re just as willing as I am to try new food.”

The pride that comes with being a foodie, so far as I can tell, appears to be a uniquely American invention. The U.S. “has a recognizable food culture,” says We’re History’s Christopher Gorham, who proposes that Americans have a distinctive fixation on food. While the idea of valuing creative or exotic foods is certainly present in other cultures, it hardly parallels the extent to which food has proliferated in American culture.

Eve Turow, author of A Taste of Generation Yum: How the Millennial Generation’s Love for Organic Fare, Celebrity Chefs, and Microbrews Will Make or Break the Future of Food, dedicates an entire chapter to this phenomenon in her book. Why is foodie culture exclusive to millennials, specifically American millennials? “Mostly to show off,” Turow retorts. “We’re using it as a signal of education, of knowledge, of income […] [They’re] in essence, performing via food on social media.”

The desire to perform: Is there another value more integral to the American spirit?

For the record, my parents ended up tossing the quesadilla and hitting up a different restaurant for dinner. Away we drove from the novelty of Latin America, turning instead to the safe, dependable flavor profile of Panda Express.

My housemate, an international student, actually shares very similar dietary preferences to those of my parents. As much as she tries to familiarize herself with American food, Asian fusion is her go-to, leading to frequent and regimented stops at Hana Kitchen. Variety is her enemy.

“I just like it better,” she told me. “I’ve never tried much American food before,” which is understandable. When she doesn’t know all that much about it, how could she be expected to jump headfirst into American cuisine without missing the dishes she grew up with? How, furthermore, could she be expected to expand her palate to Italian food, Indian food, Tex-Mex and all the other obscure pockets of foodie culture?

“Do you ever try new types of food? Do you ever want to be adventurous?” I asked her. Is she like me, who never orders the same thing twice as a point of pride?
My roommate was confused: “People are proud of that?” For the most part, she just wants her food to taste good.

I admired how simple her answer was. In a culture that constantly strives to be out with the old, in with the new, I sometimes forget how uncomplicated food can be. The rigidity of my parents’ palette is something with which I continually compromise, but I must admit: There’s something charming (and strangely anxiety-relieving) about choosing to eat something not because it’s exotic, one-of-a-kind or artisanal, but, as my roommate would say, just because it tastes good.

You’re trying to make this too deep, bub