Growing up in the Japanese-American community, there were some activities that were simply commonplace. Before picking up our chopsticks, my father and I would always place our palms together and say itadakimasu to express thanks for the savory bowl of somen noodles on our table. After dinner, I’d mount my plastic stool, meet my 5’2” mother at eye level and roll tiny onigiri balls at her side for my school lunch the next day. At my after school program, Nihonmachi Little Friends, we would procrastinate on our homework by debating who had the fanciest three-layer pencil case or the rarest type of Iwako take-apart eraser. After homework time, the musically talented would go to taiko practice, and the athletes to karate.

As the sun began to set, our senseis would try to calm our undying energy by reading us a story such as Momotarō (“The Peach Boy”) or Urishima Tarō (“The Fisher Lad”). After this failed, they would scatter square-shaped papers of various colors and prints over the short-legged craft tables and we students would gather around in stout plastic chairs to fold origami. Within minutes, sparkly purple fish would swim across the table, green polka-dotted butterflies would flutter through the air and orange jumping frogs would hop all over the room.

Folding origami was my favorite activity, simply because it was fun. It was a way for me to make new decorations for my bedroom. It gave me the means to create tiny boxes perfect for holding the rocks, beads and other priceless treasures I collected from the playground floor. Best of all, it gave me an excuse to make ninja stars that I could chuck at my friends without consequence. 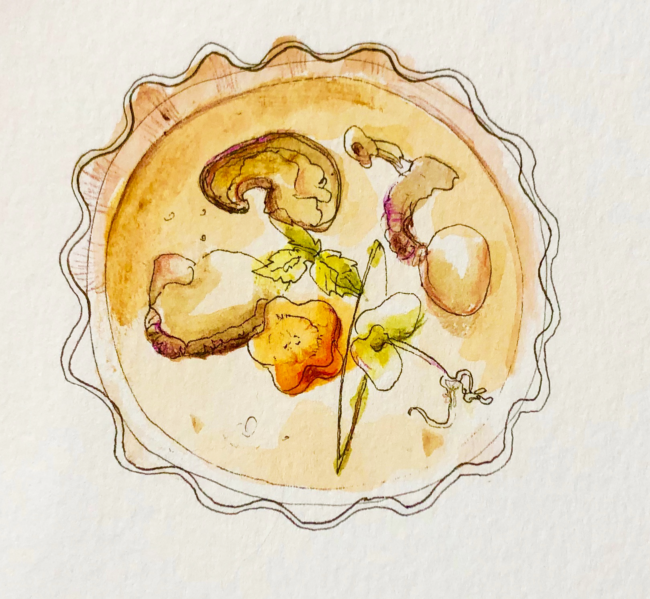 One day during storytime at Nihonmachi Little Friends, our sensei read us the story of Sadako Sasaki. Sadako was two years old and living near Hiroshima when the United States dropped its first atomic bomb on the city during World War II. Due to radiation exposure, she fell ill with leukemia in adolescence and began to grow terribly weak. Her distraught father uncovered a Japanese legend that promises anyone who folds senbazuru (one thousand paper cranes) a wish granted by the gods. Sadako’s friends and family gathered as a community to fold the cranes in order to grant their loved one the wish of a return to health.

Inspired by the girls in the story whose ages were near my own, I decided to take a break from the mischievous ninja stars and put my origami skills to the test by folding cranes. At first I had little luck. My first bird bore an enormous beak and resembled a pelican, mouth full of fish. My second bird came out lopsided as if it had fallen from its nest in infancy and broken its wing. I nevertheless kept folding, and, with time, perfected the crisp lines and sharp edges of a perfect origami crane. From then on, cranes remained my origami of choice.

Throughout middle and high school, I used crane-folding as a way to pass time, to upcycle paper that would otherwise be discarded or to calm my mind when I became caught up in boy drama. I folded hundreds of cranes as did Sadako, but for me, it was always just a fun pastime. I never imagined myself in such a situation calling for a serious role of origami.

If something as simple as folding paper birds can rally a disconnected community and encourage a patient of brain trauma to persevere, the definition of “support” should be infinite.

In the summer of 2014, I received terrible news. My mother’s best friend, Beckie, who since my birth had been like a second mother to me, had been in a traumatic bicycle accident. On a sunny weekend ride, she had fallen to the ground and hit her head. The specialists placed her in a medically induced coma, leaving her entirely unconscious for weeks. This woman was my role model, a female, Japanese-American icon, who had devoted her life to helping other women of color less privileged than she was. I felt lost and helpless. As friends and family rallied to raise funds to pay her outrageous hospital bills, I wallowed with frustration in my helplessness. After all, I was only 16 years old with no money to give, no driver’s license to help with transportation, nothing.

One night as I lay awake worrying about the future of Beckie’s condition, I decided to fold some origami to stop my mind from circling. I anxiously ripped my old geometry syllabus into a square and began to fold. As I tucked the sides of the paper into its deep pleats, I began to question why I was folding paper at two in the morning. My mind wandered back to the sailing ninja stars and jumping frogs at Nihonmachi, until it stopped at the story of Sadako Sasaki, the girl who folded 1,000 cranes. Dazed and exhausted, inspired yet afraid, I asked myself, “Could cranes like these be used to heal Beckie?” I stared at the tiny paper mass in the palm of my clammy hand, then quickly tossed it aside. It was a senseless idea; even with the help of my mother and a few dedicated friends, there was no way we would be able to fold the 1,000 cranes needed to grant Beckie the wish of revival. I turned over in bed, forced my eyes shut and urged sleep to come.

The next morning at breakfast, my mother notified me that Beckie’s brain had begun to swell. At risk of oxygen deprivation due to intracranial pressure, she would be undergoing a fluid drainage procedure to help alleviate this pressure. Stunned by the news, I blurted out the 1,000 crane idea I had shot down the night prior, then crumpled with embarrassment at my impulsive absurdity. To my surprise, my mom praised my idea and encouraged me to move forward with it. 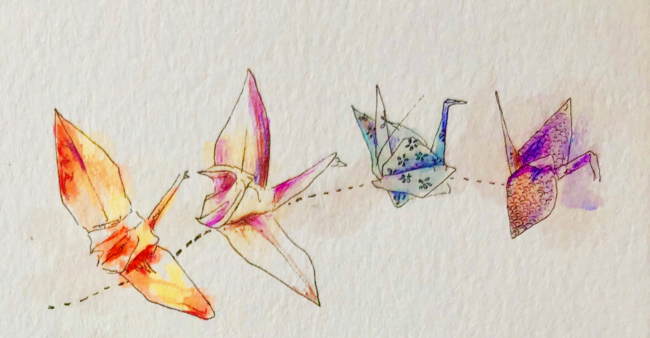 That week, I collected the emails of around 100 of Beckie’s friends, family members, ex-classmates and colleagues. I typed out a message with a short description of the 1,000 cranes legend and a simple explanation of how to fold them. The email was set and ready to go, yet I still questioned my endeavor: Will these people even see the value in origami? They all have busy schedules. Why would they take time out of their day to learn how to fold paper? I thought of failure and the humiliation of being the 16 year old girl who thought she could persuade individuals whom she had never met to join her in a paper folding project. Dwelling in apprehension, my mind flashed to the thought of Beckie’s upcoming procedure. What strength it must take to undergo an operation like that. If Beckie, my role model, could undergo a brain operation, I should be able to send an email. With the click of a paper airplane, I sent my hopes flying to inboxes all over the country.

By the end of the month, I found my mailbox stuffed daily with origami cranes on papers of assorted colors and patterns sent from Beckie’s loved ones in states I had never before visited; Minnesotans and New Yorkers alike were eager to contribute. Multiple packages from the East Coast came with letters expressing gratitude for the project. These individuals felt that cranes enabled them to connect to Beckie despite the fact that they lived thousands of miles away. They had been looking for a way to support, and this project gave them just that. Empowered by the community’s devotion, my mom and I quickly got to work stringing the little birds into strands of 40.

After seeing my seemingly ineffectual hobby prevail with a power I never could have imagined, I move forward with confidence in my abilities, in my passions, in myself.

After two months of unpacking overstuffed envelopes, sorting the origami by color and carefully running our needles through the birds’ delicate backs, we reached 25 strands. The senbazuru was complete. Born from the hands of individuals living thousands of miles apart, 1,000 paper cranes swayed together.

On a warm September Saturday afternoon, my mom and I hopped in our silver Prius to deliver the multicolored flock to Beckie. By this time, her recovery had progressed and she was back living at her home in the East Bay. When we pulled into her steep driveway, I felt my heart beating so loudly I wondered if my mom could hear it. I couldn’t decide if it was out of nervousness or excitement — probably a bit of both.

Beckie greeted us at her front door. She looked different. Her hair was short as it had been shaved for her procedures. She looked tired. She walked slowly, taking each step with care. Although no longer hospitalized, she still had a long road to recovery. Yet, despite all the progress to be made, she bore the same kind-eyed smile that has never ceased to shine for as long as I’ve known her. When we revealed the senbazuru to Beckie, she accepted it with reverence, calling it a “life-saving gift.” 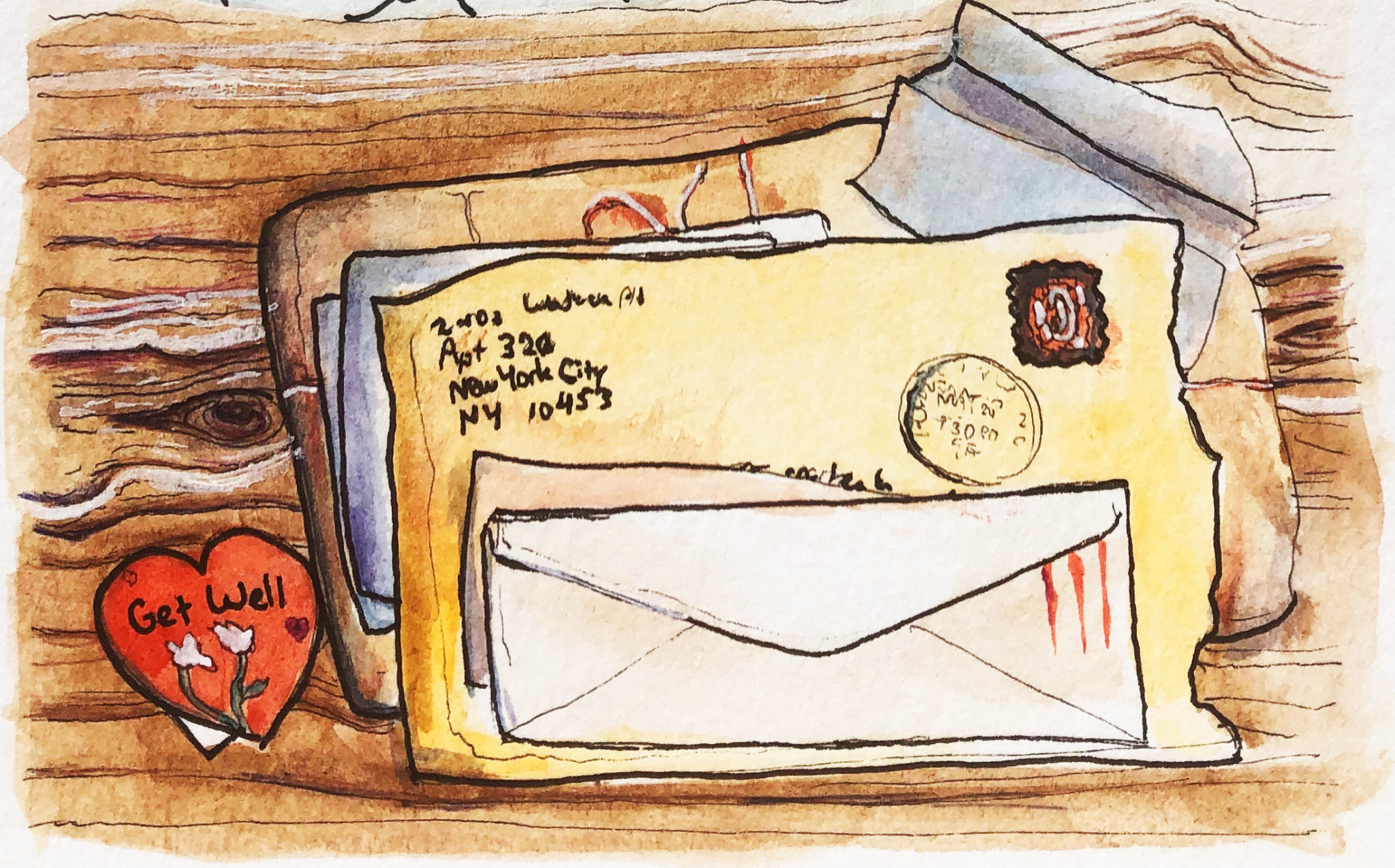 Today, four and a half years later, Beckie has fully recovered from her brain trauma. She hikes on the weekends, cooks delicious chawanmushi (savory egg custard) and continues her work in social justice. One thousand cranes hang in her living room, a reminder of hope and healing, compassion and community.

While these tiny paper birds give the gift of life, their sheer existence depends on generations passing down the knowledge of their creation. Hence, they serve as reminders of the Japanese cultural history, passed down through generations. They serve as agents of hope for the future yet to come.

Before the senbazuru project, I felt young, useless and incapable of making a difference. I doubted my worth as a meager 16 year old with nothing but empty pockets and a passion for folding paper. But after seeing my seemingly ineffectual hobby prevail with a power I never could have imagined, I move forward with confidence in my abilities, in my passions, in myself.

It’s often assumed that donating money is the most effective way of supporting a cause. Political candidates solicit monetary contributions to fund their campaigns, nonprofits asks for donations to enable their efforts, crowdfunding websites such as GoFundMe set clear-cut financial goals that can only be met with money. Those lacking financial means unfortunately fall outside the scope of individuals deemed capable of enacting change. Yet, these penniless souls may possess creative and alternative talents, which hold a transformative potential of their own.

This is not to imply that people should not give money to the causes they endorse. After all, Beckie’s recovery would not have been possible had she not been able to pay her hospital bills. However, this is to say that money is not everything. If something as simple as folding paper birds can rally a disconnected community and encourage a patient of brain trauma to persevere, the definition of “support” should be infinite.

Miya Herzstein encourages others to rethink their change-making capability.