Candidate forums for the Spring Quarter 2019 Associated Students elections began on Monday with the off-campus senatorial candidates and the candidate for the Student Advocate General. 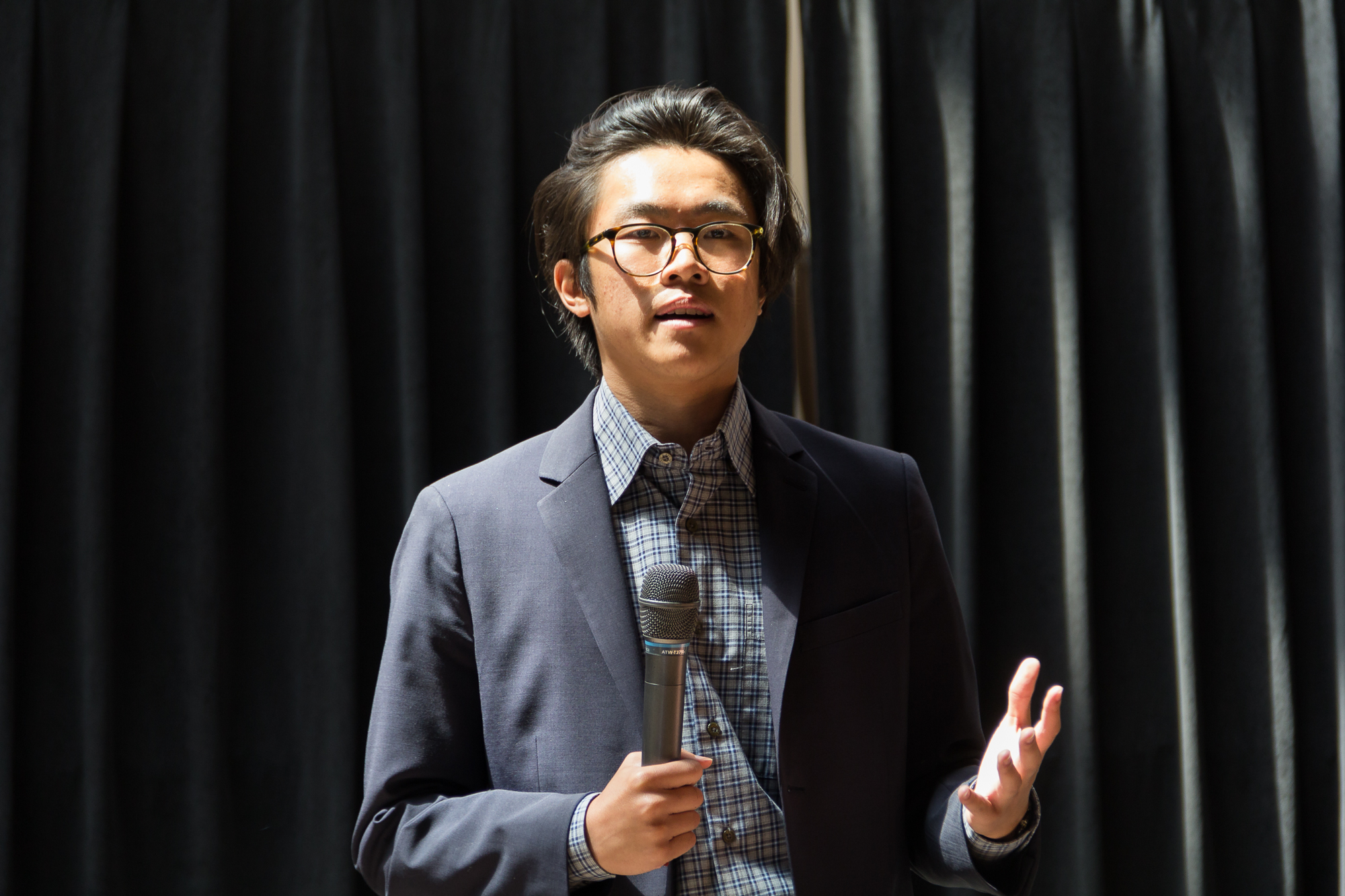 Nguyen is the sole candidate running for the office of the S.A.G. Leonard Paulasa / Daily Nexus

Andrew Nguyen, a second-year English major, is the sole candidate running for the office of the Student Advocate General (S.A.G.) Like all S.A.G. candidates in the past, he is not affiliated with any party and is running as an independent.

The Office of the Student Advocate (OSA) aids students accused of violating the University Code of Student Conduct and advocates for any changes to be made for a fairer policy. The OSA is a non-partisan executive branch within UC Santa Barbara’s Associated Students (A.S.).

“[Student Advocate General] requires a lot of compassion. It requires approaching these student cases with a level of humanity and empathy in order to best understand and listen to the people that you’re actually serving,” Nguyen said during the S.A.G. forum on Monday, which began at 1:30 p.m.

During this past year, Nguyen served as an off-campus senator with the 69th Senate. However, when asked about his past involvement with the OSA, he stated he had “zero experience” in the office.

“This is a job I’ve never done before. And so that’s why I really want to be, throughout this entire year, is [be] honest with my students, with my constituents,” he said during the forum.

“I don’t know how I’m going to do this job, but [based] off my experience as an off-campus senator this year, I can tell you at the very least, I’m excited.”

He said he plans to increase awareness and improve the image of the OSA through two ways: social media and physical presence. He noted that being active on social media platforms to spread information and establishing a physical campus presence through tabling and door-to-door operations are key to making the OSA a trustworthy, compassionate and welcoming space.

Nguyen said he plans to continue a project left behind by Jack Tannenbaum, the 2017-2018 Student Advocate General. Tannenbaum’s project focused on a poll that would be used to collect data at the end of elections on what students are most concerned about.

Nguyen wants to improve upon the poll by sending it out in the middle of the year through G.O.L.D. and carrying out door-to-door operations in order to work on initiatives earlier.

“It’s easy for people to take an oath to be confidential, but I believe that those words and those oaths only take a real shape when someone understands the impact it has on the people around them. And that’s something I believe I’ve really internalized,” he said.

Nguyen said he prioritizes the safety of students. He added that the first step to combat threats of anti-Semitism and sexual harassment is to believe and listen to victims, and to work collaboratively with these groups in order to prioritize students’ safety.

“I hope to be a beacon of inspiration for people to do more than what is at their most immediate interest, their most convenient interest.”