A small cliff collapse on 6761 Del Playa Drive led to a collapsed 20-foot concrete beam, known as a caisson, on Wednesday, according to Wolfe & Associates Senior Property Manager Chris Mercier. 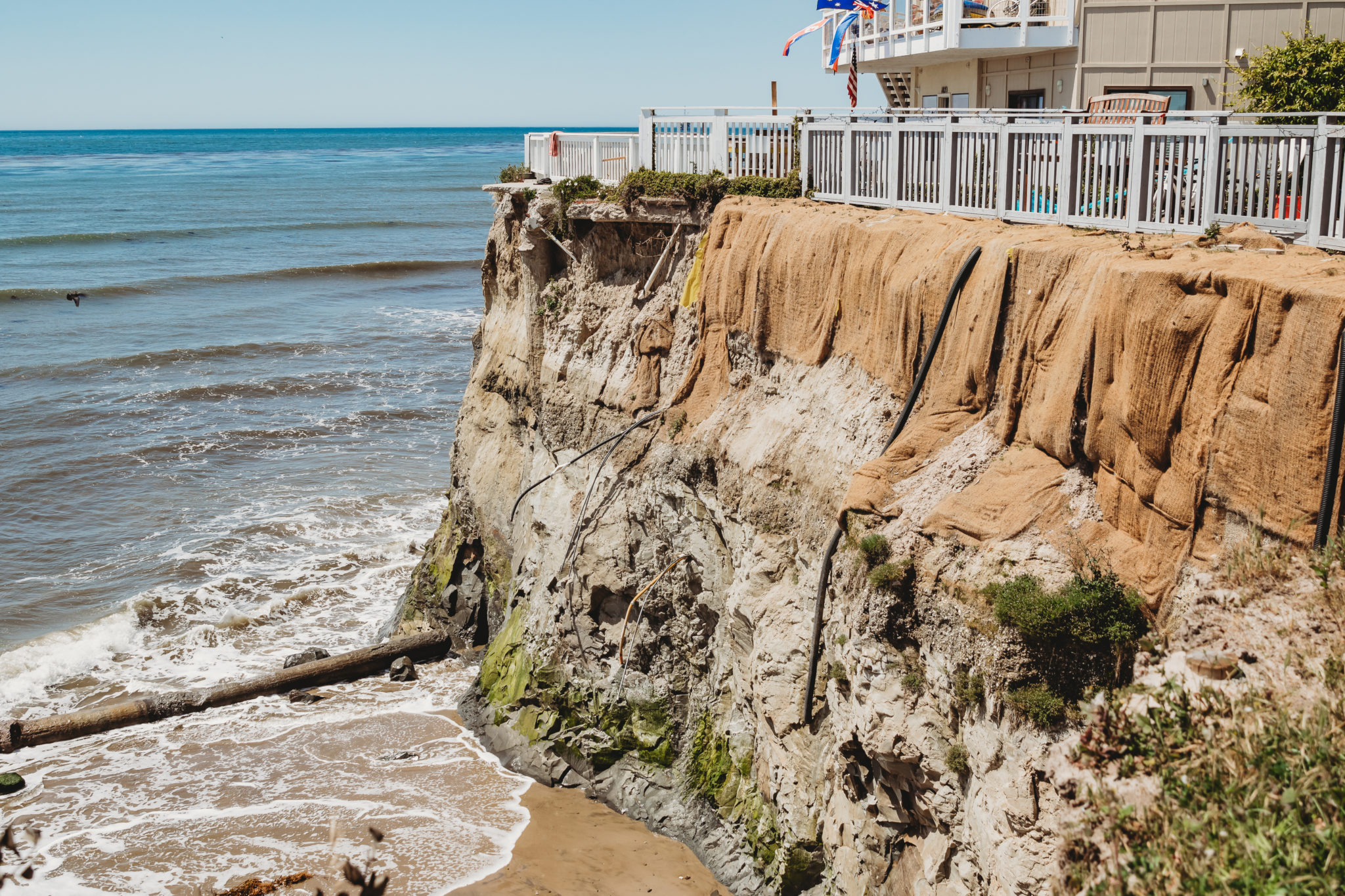 Mercier explained that the building had been brought back from the cliff in 2015, and that property, which is managed by Wolfe & Associates, had been “completely reconfigured.”

“The caisson that failed last night was part of the structural strengthening system for the old building foundation that no longer exists (because there is no building there anymore),” Mercier said in an email to the Nexus.

He said that the patio of the property was removed a little under a year ago to prevent individuals from putting chairs and blankets out there, but this action left the caisson detached and “free standing.”

The bluff in the area still remains intact and the building remains an “acceptable distance” from the edge, he added.

“The property owner has already made arrangements to have the caisson removed from the beach as soon as possible so that it does not pose a hazard to people walking down there.  These caissons have [reinforcing bars] in them which, if exposed, could cut someone’s feet so he was very anxious to get on this right away,” Mercier explained in the email.

“This removal is a bit tedious as it requires the 20′ +/- concrete beam be broken into smaller more manageable pieces, then taken by wheel barrow away from the beach and disposed of properly.”