The Daily Nexus
News
Pride Week Celebrated with Mural Unveilings
April 11, 2019 at 12:04 am by Nyah Scott

On Wednesday, UC Santa Barbara’s Resource Center for Sexual and Gender Diversity, in partnership with Undocumented Student Services, invited the UCSB and greater Goleta community to formally recognize a set of murals centered upon the “UndocuQueer and UndocuTrans” experiences. 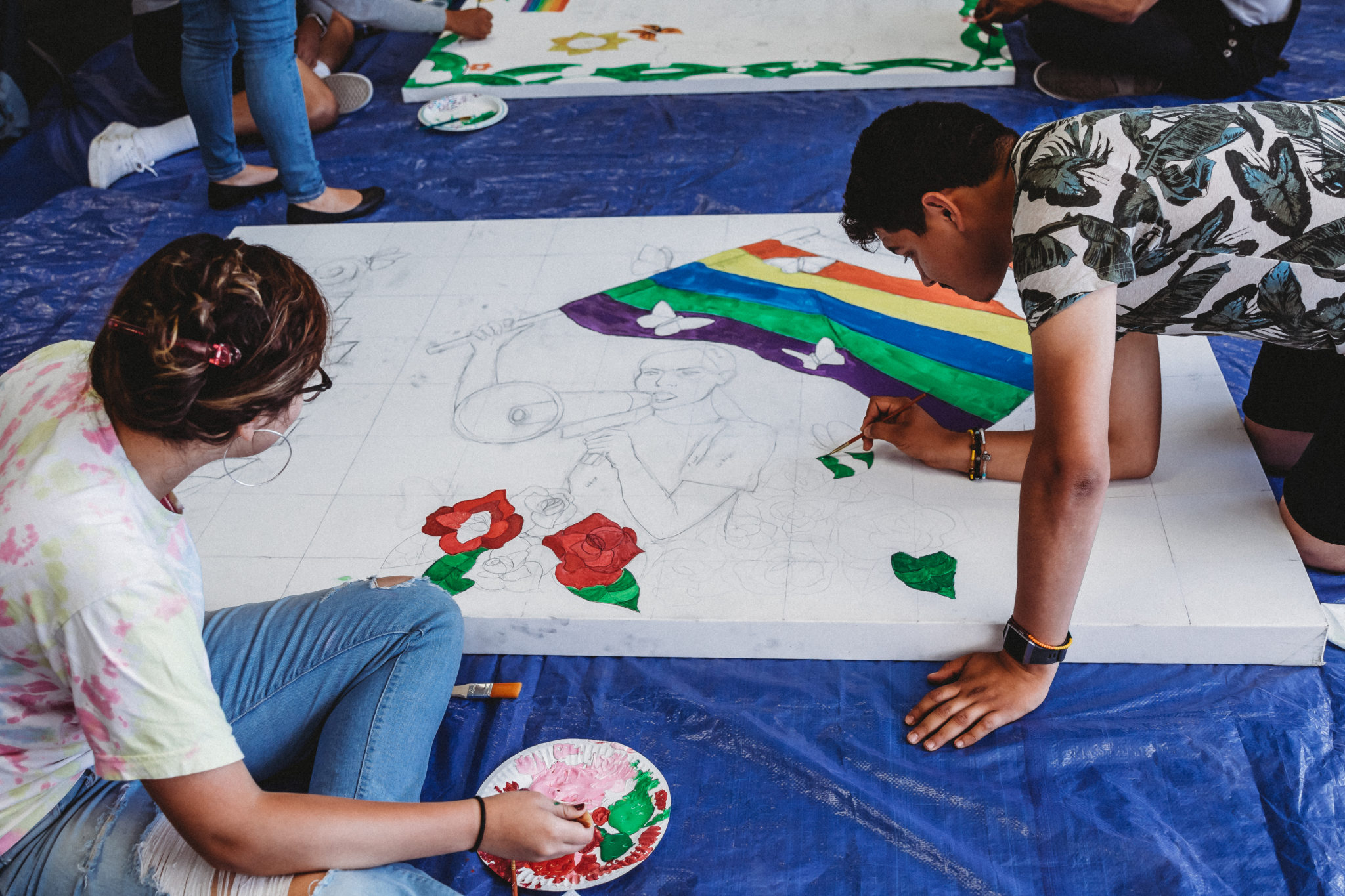 The murals will be housed in the RCSGD and the Monarch Lounge. Angie Banks / Daily Nexus

The murals were created and unveiled at the Isla Vista Community Center at 2 p.m., where artists and other attendees gathered to celebrate the pieces and their contribution to the visibility of undocumented students who identify as members of the LGBTQ+ community.

De Jesus, a second-year art major, said one of the pieces was primarily inspired by transgender activist and former UCSB student Zoraida Reyes. As an aspiring Chicana and Chicano Studies major, Reyes was an unrelenting advocate for undocumented students and the LBGTQ+ community up until her death in 2014.

De Jesus’ mural pictures Reyes, along with the statement, “Our very existence is resistance.”

The other mural outlines various historical legislative and judicial events that pertain to the experiences of the LBGTQ+ community.

For example, Executive Order #13672, which added gender identity to the list of job applicant attributes that could not be used in instances of discrimination the 2015 Obergefell v. Hodges case that legalized same-sex marriage in the United States were both incorporated into the mural.

The unveiling of the murals serves as only one of the many events held during UCSB’s 2019 Pride Week, in which various gatherings, performances and panels are held to address the many aspects of the LGBTQIA+ experience.

The murals will be housed in the RCSGD and the Monarch Lounge, an on-campus space for undocumented students and allies.

A version of this article appeared on page 3 of the April 11, 2019 edition of the Daily Nexus.