The Daily Nexus
News
Deltopia Sees Increase in Arrests, Decrease in Medical Transports
April 11, 2019 at 12:02 am by Isabell Liu

Isla Vista’s annual Deltopia raged on this past weekend, bringing an uptick in the number of attendees, as well as an increase in arrests and citations, but a decrease in medical transports.

This year’s Deltopia saw an increase in arrests, but a decrease in medical transports. Siavash Ghadiri / Daily Nexus

The office has yet to release an exact breakdown of the data gathered by the Santa Barbara County Sheriff’s Office (SBSO) and the University of California Police Department (UCPD), but the preliminary report, released on April 8, shows that there were 94 citations, 38 arrests and 19 medical transports — all alcohol and/or drug related — given out this past Saturday.

Both locals and out-of-towners were featured on the list of this year’s citations and arrests, according to the press release.

Only 10 days into April 2019, this month has seen more arrests than any month over the past six — a fact undeniably due to Deltopia.

“I was very pleased to see that the number of medical hospitalizations was far lower than last year, proportionate to the size of the event,” Isla Vista Community Service District (I.V. CSD) President Spencer Brandt said in a message.

However, Brandt noted the arrest log “clearly demonstrates” that there is still a problem with out-of-towners.

“We need to be moving towards a deltopia that is organized by the community, and has a festival-like atmosphere. The reactive approach that UCSB, the County, the CSD, and other stakeholders have taken over the past 5 years has only taken us so far. It’s time for proactive solutions that transform Deltopia from an unsanctioned into an organized, fun, and safe festival,” Brandt said in a Facebook message.

Attendance for Deltopia, an event that evolved nearly 10 years ago following the shutdown of Floatopia, steadily grew in its initial years; however, following the 2014 Deltopia riots, which ended in tear gas and rubber bullets as previously reported by the Nexus, attendance dramatically dropped.

In recent years, however, attendance appears to be rising again. 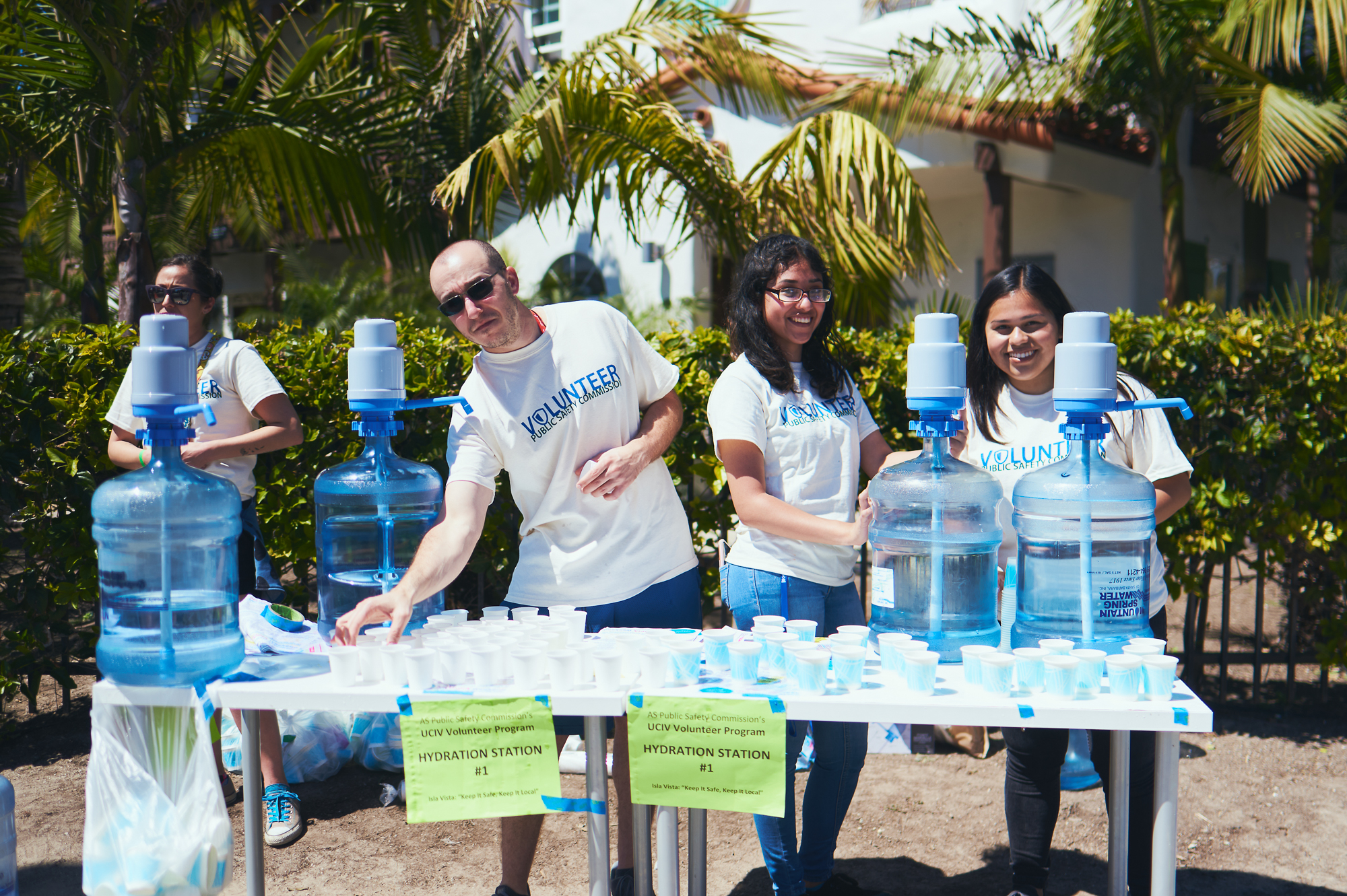 “I thought Deltopia was very respectful. Everything went smoothly from my end and we were able to deploy UCIV shifts which was very successful,” Associated Students External Vice President for Local Affairs Jeike Meijer said in a message to the Nexus.

“Many people came up for water and were very grateful. The estimated number of people who came was higher than we expected but everything remained calm.”

She added that this year, several people told her Deltopia felt like a “community event.”

“No one attended our extra office hours on monday which hopefully meant there were no pressing concerns to address with the EVPLA office, but if there are of course people can always still reach out to us. but overall, deltopia went smoothly and people seemed to be respecting each other and the space,” Meijer said in a Facebook message.

The press release consistently references Deltopia statistics from five years ago, noting that in spite of the increase in arrests since 2018, “citations and medical transports are still all less than half of what they were in 2014.”

Among the alcohol and/or drug related incidents requiring medical transports were two cases where people fell. One young woman fell and hit her head on a rock, and another young woman fell from a cliff located in the 6800 block of Del Playa “during a domestic dispute.” Neither sustained fatal injuries.

The majority of the arrests were for disorderly conduct due to alcohol, as seen in the Nexus’ arrest map. A few other individuals were arrested for assault, vandalism or petty theft, and one individual was arrested for sodomy by force/violence/fear, use of force with great bodily injury and violation of probation.

In terms of direct police intervention, the authorities also stopped and arrested 18-year-old De’shon Wilson, an Oregon native, for allegedly knocking a young man unconscious in the 6500 block of Del Playa, according to the report. Wilson was subsequently kept at Santa Barbara County Jail on assault charges.

Deputies from SBSO and the UCPD also reportedly shut down around 10 parties that day.

Deltopia finally drew to a close in the evening as, per the report, the 6 p.m. noise ordinance kicked in and thousands of students emptied out of I.V. and flocked to The Warm Up concert hosted by UCSB at the Thunderdome. The concert, featuring TroyBoi and JPEGMAFIA, ran from 7:30 p.m. to 11 p.m.

Further photos of the Warm Up and Deltopia can be viewed here and here.

A version of this article appeared on page 1 of the April 11, 2019 edition of the Daily Nexus.