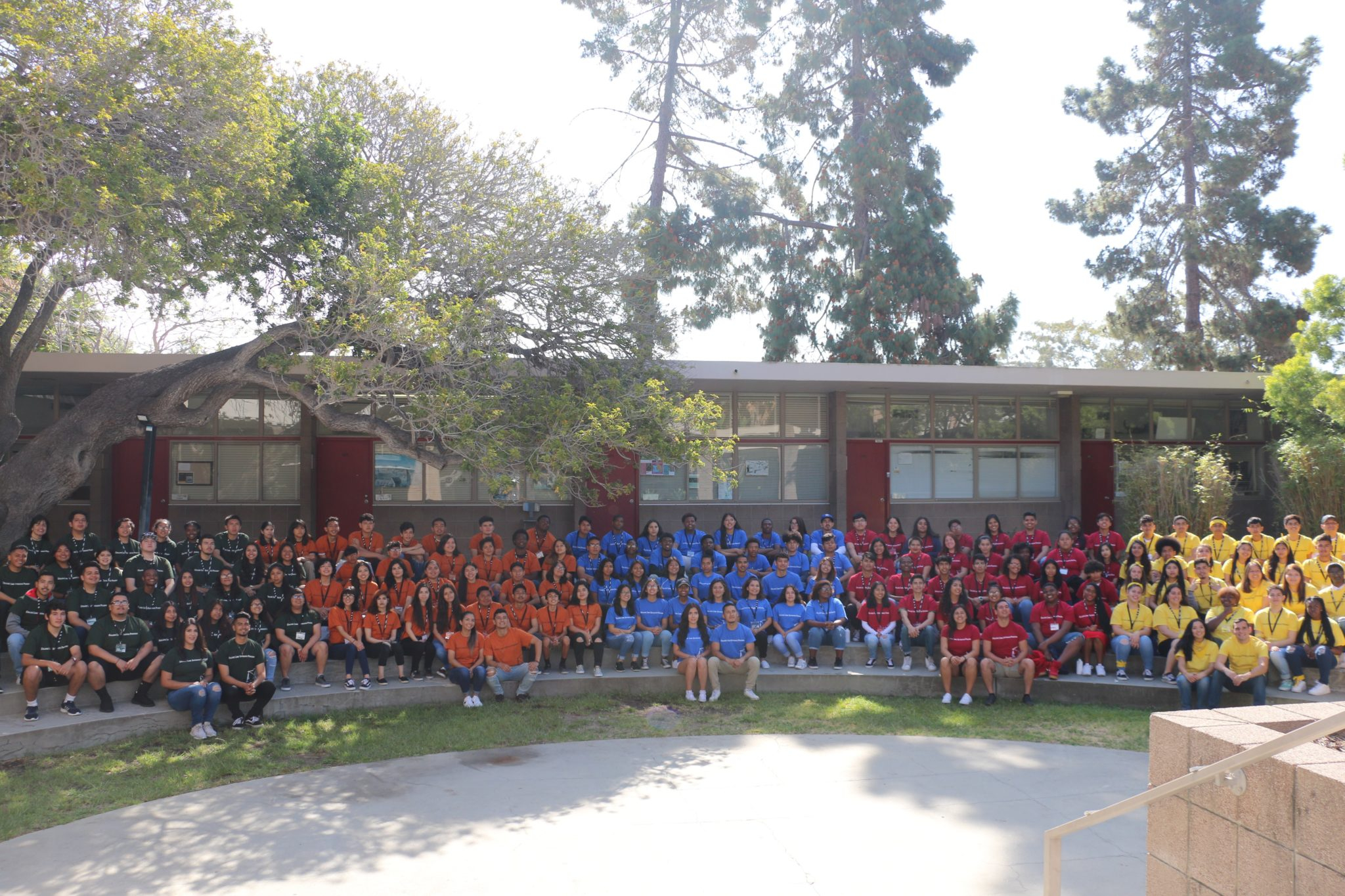 Over the past 20 years, the program has since expanded to serve 150 students each year. Courtesy of Pamela Velazquez

College Link Outreach Program (C.L.O.P.) is a three-day, two-night program in which 150 underrepresented students across California are invited to the UCSB campus to explore opportunities for higher education.

C.L.O.P. was originally created through the collaborative efforts of Hermanos Unidos, a Chicanx organization for University of California students, and Sigma Alpha Zeta, a multicultural group for women of color. The two organizations joined forces in 1999 to bring an inaugural group of 40 low-income students to the campus, according to the C.L.O.P. website.

The program is also funded by individual donors and fundraisers, which take place throughout the entire school year.

Over the past 20 years, the program has since expanded to serve 150 students each year. Students gain insight into the college experience by participating in workshops and attending mock lectures and overall gain exposure to campus resources.

C.L.O.P. Coordinator Pamela Velazquez, a third-year sociology and Chicanx studies double major, has been involved with C.L.O.P. for the past three years.

“I think our students often lack representation, so being able to see someone like you on a college campus can make a huge difference,” Velazquez said.

“Institutions of higher education need to do a better job at reaching our students, but since it is not being done, it is up to us and programs like ours to really reach those students and impact them.”

To get involved with C.L.O.P., high school students have to partake in an application process. C.L.O.P. outreach facilitators visit 20 participating high schools throughout Winter Quarter to encourage students to apply. Students then submit their field of interest, extracurriculars, community service hours and a two to three page personal statement explaining their motivations for attending college. Applications are due the March prior to the event.

Several C.L.O.P. alumni have gone on to help lead the program themselves, including Entertainment Facilitator Kassandra Perez, a third-year financial math and statistics major.

“My outlook has tremendously shifted now that I am part of the team because I see on a greater level how much this program is able to influence students,” Perez said in an email.

“As a C.L.O.P.Per (our nickname for participants) I saw how the program impacted and helped me, but now that I am part of the team it is so rewarding to see all the students that have benefited from the program.”

C.L.O.P. participants are hosted by UCSB students in the Manzanita Village and San Rafael residence halls, a process that is facilitated by C.L.O.P. housing coordinators in collaboration with RHA. Participants eat in the various dining commons on campus throughout the course of the program, according to Velazquez.

“It is important to provide these students with this information because many of them will be first generation college students, and their parents/families may not be able to provide them with the insight they need to pursue a higher education,” Perez said in an email.

“C.L.O.P. is a way to remember that although we have made it this far and we continue to grow our experiences, a lot of students who were once like us are not.”

“Not having this information and not knowing what to do often discourages these students from applying to college.”

Participants also attend several lifestyle workshops, including the “Gender Fishbowl,” in which they are separated into groups to discuss the difficulties that face young men and women of color. They also participate in the “Get a Life” workshop, which aims to represent the inequalities that certain social and class backgrounds face. After each workshop, facilitators lead a discussion to debrief each activity, highlighting the underlying meanings for students to take away.

Several other events include an interactive chemistry demonstration and a “Know Your Rights” workshop, which teaches students how to proceed in situations that involve law enforcement.

“Sometimes we have students that may have difficulty when it comes to approaching police. They may have different feelings about the police in their own communities, so…we show them exactly how they should conduct themselves when approached,” Velazquez said.

C.L.O.P. coordinators also put on a Resource Fair to highlight the opportunities that higher education has to offer. Several departments such as the Campus Advocacy Resources & Education Center (C.A.R.E.) and Undocumented Student Services will be in attendance this year, in addition to the local fire and police departments, according to Velazquez.

C.L.O.P. concludes with a barbeque on the beach and a closing ceremony, during which all teams and C.L.O.P. contributors are recognized in a closing video. For its 20th anniversary this year, C.L.O.P. will feature alumni and their experiences in the program via video submission.

The program is also offering a new scholarship designed to help past C.L.O.P.Pers as they continue their journeys through higher education, another component of the program’s 20th anniversary celebration. The scholarship will involve an application process and be offered to one member of each grade.

C.L.O.P. has placed an emphasis on expanding its social media presence in the past years as well, which has significantly contributed to the growth of the program.

“I’m really proud of our social media so far. We have really started working with it to reach students, we know its the best way to reach them at their age,” Velasquez said.

WIth social media campaigns like #CLOPWorks on the C.L.O.P. Instagram page, students are able to send in stories of how C.L.O.P. helped them and what their future plans were after attending the program, according to Velasquez.

“Our students will ask questions about financial aid and classes, and that’s also the way we are able to connect to them through surveys or anything like that,” Velazquez said.

Perez has a dynamic perspective on the impact of C.L.O.P. on the lives of students, having experienced being both a team leader and “C.L.O.P.Per” herself.

“As a high schooler coming from a low-income family, I always knew I wanted to go to college, but always felt discouraged because I never thought that someone like me would be able to afford college or even be able to make it to college,” Perez said in the email.

“C.L.O.P. benefited my life because prior to coming to the program, I didn’t even know what UCSB was, nor did I ever think I would ever apply here. Now I can proudly say that C.L.O.P. definitely influenced me to attend UCSB and give back to my community and students like myself.”

Like Perez, Velasquez is passionate about C.L.O.P.’s impact on the lives of participants, as well as the necessity for such outreach programs on college campuses.

“C.L.O.P. serves as an opportunity to inspire others and to grow as a college student as well. Sometimes college kind of takes a toll on us and we stop seeing what really matters and really caring about our communities,” Velazquez said.

“C.L.O.P. is a way to remember that although we have made it this far and we continue to grow our experiences, a lot of students who were once like us are not.”