The Daily Nexus
Outside Opinions
Letter to the Editor | The Man, The Myth, The Dude
April 9, 2019 at 12:59 pm by Opinion Editor 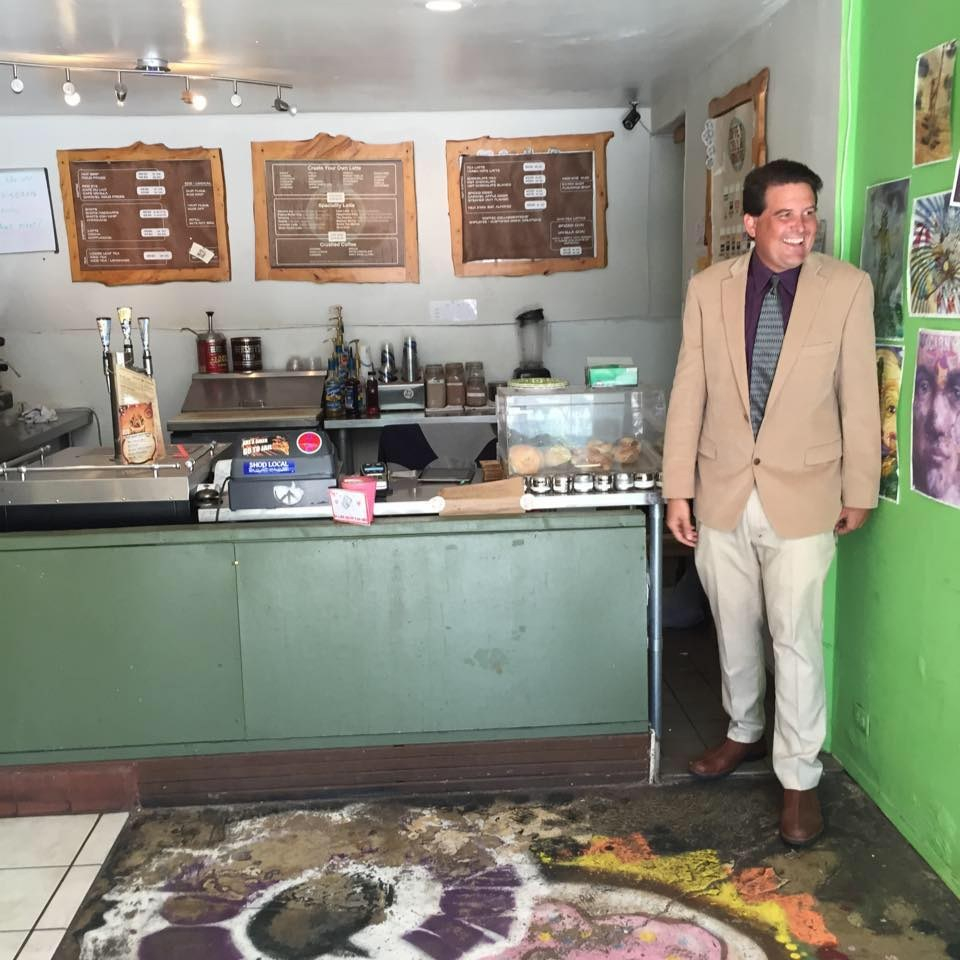 McDonough is pictured in the Coffee Collaborative. Courtesy of McDonough’s Facebook page.

During the Viking Age, Norse nobles were commemorated after death by an elaborate multi-day ritual that concluded with a ship burial. It was customary to bury individuals of high honor and excellence within a small ship, to launch that boat afloat out to sea and to send a flaming arrow after it to light the pyre.

What you’re about to read is Steve McDonough’s flaming arrow.

Steve was not a traditional sort of man. He thrived on cultural trivia, arguments for the sake of debate and, most of all, plucky banter with his friends. After attending grad school at Georgetown, Steve traveled the world, bouncing from destination to destination, only to land at his final stop in Isla Vista. He had always been focused academically on math and science, but once he moved to I.V., he blossomed into the artsy-fartsy, free-spirited philosopher we all came to love. Then, with a few good friends and a strong peer group at his side, Steve opened a coffee shop called the Coffee Collaborative.

The Collab, as it was fondly addressed, was an offbeat and quirky shop on the corner of Pardall and Embarcadero. Never having been much of a businessman, Steve ignored traditional corporate tactics and, instead, transformed the Collab into a creative, alternative space. Although it didn’t seem exceptional to some, it was everything to its employees, regulars, locals and passersby. This became the home of debates, late-night talks, laughter, chess and community. It also became, perhaps infamously, a refuge for the lost, alcoholic, homeless and the poor. Regardless of how it was perceived from the outside, the Collab was always a place of belonging and forgiveness and was never a place for judgement — that was all Steve.

One might even say that Steve was the purveyor of wayward souls. Perhaps he was so accepting of others because he, at heart, was a lost soul too.

Steve was certainly not a hero, but he touched the lives of many young people; he spurred intellectual conflict, wafted at the edges of his beliefs and challenged those around him to do the same. Aside from being a philosopher, he was also an absurd comic and a wild storyteller. And although he was plagued by darkness, you’d never know it at the sound of his distinctive and well-loved laugh; it had a depth to it, came straight from the belly and would make you laugh along with him just at the sound of it.

Just like The Dude from “The Big Lebowski,” Steve always seemed to be caught up in some new fantasy or adventure. However aimless he seemed, his life was never dull and he was always able to find some sort of trouble or mischief. For those who knew him best, Steve was a complex, infectious and influential man full of love and turmoil. Whether he knew it or not, Steve was always surrounded by loved ones through his ups and downs, which was perhaps his greatest blessing. He will always be remembered by those who loved him as a staple, or perhaps a reflection, of Isla Vista and their time here.

He was and always will be a colorful thread in the fabric of our lives.

How did he die?