Associated Students Senate released a statement on its Facebook page Thursday morning, reaffirming its condemnation of anti-Semitism in Isla Vista and UC Santa Barbara in response to anti-Semitic events that occurred this past week. 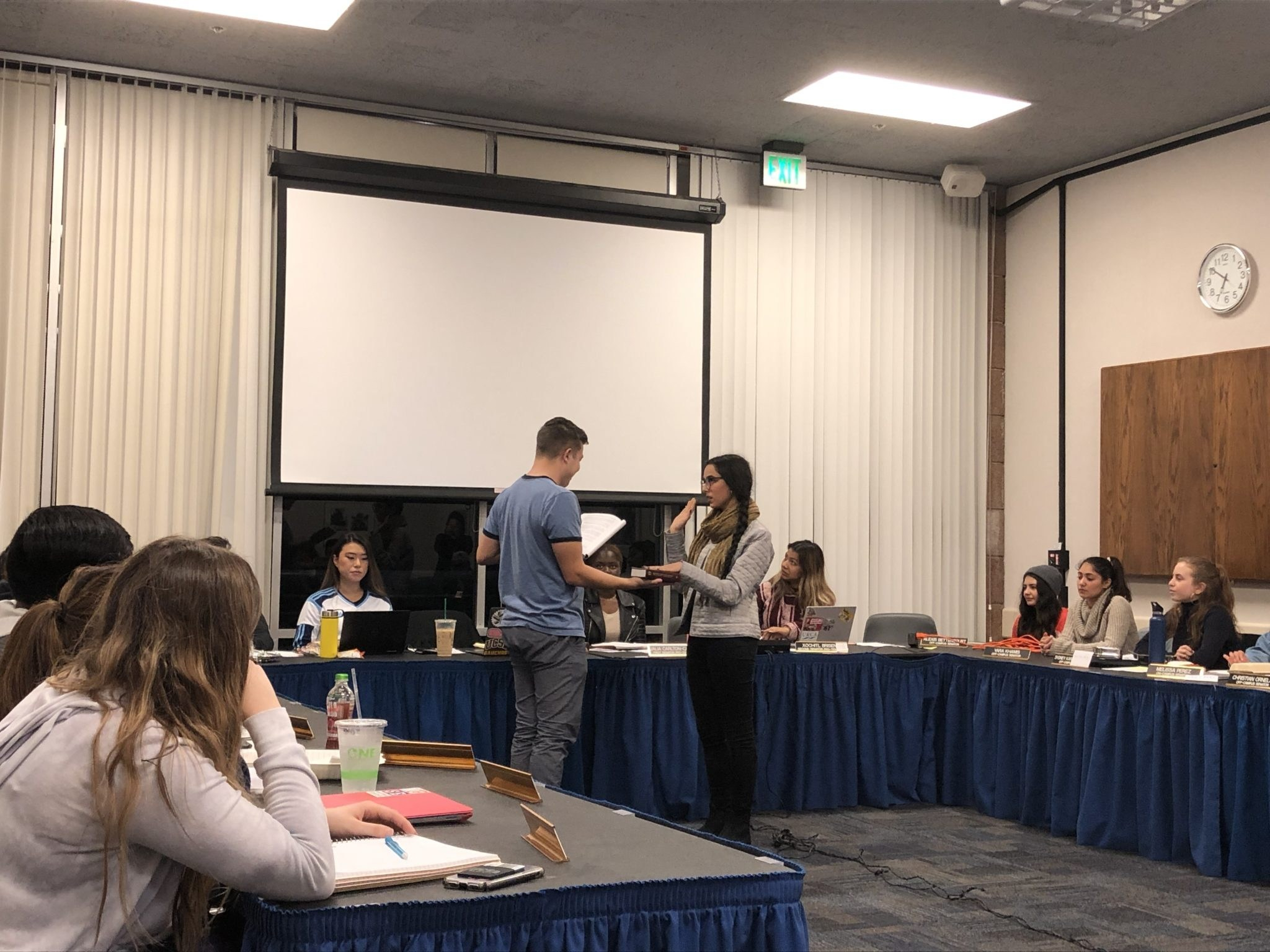 Shofet, who posted a picture of a flyer on her Facebook page, was sworn in as a senator early Winter Quarter. Sanya Kamidi / Daily Nexus

According to the statement, fliers containing anti-Semitic hate speech were found in and around the homes, mailboxes and cars in the 65 and 66 blocks of Del Playa Drive early March 31.

The idea of issuing a formal statement was first introduced by Letters & Science Senator Gabriella Shofet during public form on Wednesday’s senate meeting. Shofet posted an image of the flyer on her official senate Facebook page on the night of March 31. Since then, the post has amassed more than 2,000 shares and 676 comments.

“We need to do something because Jews are a minority and anti-Semitism happened in our backyard. It wasn’t in another state or another country; it’s specifically a note with hatred towards Jews for no reason in our backyards and on our streets,” Shofet said during public forum on Wednesday.

Senate’s statement calls upon students to spread awareness and education about anti-Semitism and report any incidents they might see on campus or in I.V.

It also linked to Shofet’s post a resolution the Senate introduced in October 2018 which centered on adopting the International Holocaust Remembrance Alliance working definition of anti-Semitism.

The resolution was passed as a response to the attack at the Tree of Life Congregation in Pittsburgh, Penn. in October, which resulted in the deaths of 11 people.

The Office for the Vice Chancellor for Student Affairs sent out an email on Thursday afternoon reminding students that incidents of racism and anti-Semitism do not reflect the values of UCSB or the principles of community. The email also urges students to report any incidences of bias in their bias incident reporting system.

“For our Jewish students on campus, for everyone on campus and for future Gauchos, I think we should say something or do something. We have a platform,” Shofet said during Wednesday’s meeting.

Antisemitism is alive and well at UCSB. Some of our professors even express it. Digusting!

name names which ones
Dont just make sensational assertions and have nothing to back it up.

Pot meet kettle.
God, the irony of the morons running lose in the world. This species is clearly targeted for extinction.

Sad that this still has to be said in 2019. And on top of that the anti-semites are trying to push their divest from Israel racism too. Shame that the university allows any discrimination of the Jewish homeland or the money we get from the us government.

“Shame that the university allows any discrimination of the Jewish homeland or the money we get from the us government.”

Even tacitly calling for restrictions on beliefs (regardless of your sympathies) is “resolving” one problem by offering another (limits on freedom of expression). Opining that the UC should not allow such speech is a first amendment violation (to head off an obvious counter — calls for divestment are not NOT the conceptual equivalent of crying fire in a crowded theater).