The Daily Nexus
Fine Arts
Looking Through the Glassbox: 50% Off All Swimwear
April 1, 2019 at 2:32 pm by Tamari Dzotsenidze

50% Off All Swimwear, a collaborative show by Serene Blumenthal and Thomas Stoeckinger, made its debut in the Glassbox, featuring a multimedia exhibition of sculptures, videos and found objects.

Both artists’ work placed an emphasis on the body, with Blumenthal displaying three figures made out of found objects and Stoeckinger using 3D printing and plaster to depict the face and body.

“It’s definitely dealing with themes of humanity, bodies or an abstraction of a body; some would even reference the ‘uncanny valley’ with my work, saying that it’s registering as human, but then it’s not human,” Blumenthal said.

“For me, it’s about sort of a dystopic non-linear non-time, that sort of is oscillating between human tropes like death and life, but then [also]  these types of sexualities that are unconfirmed,” she added. 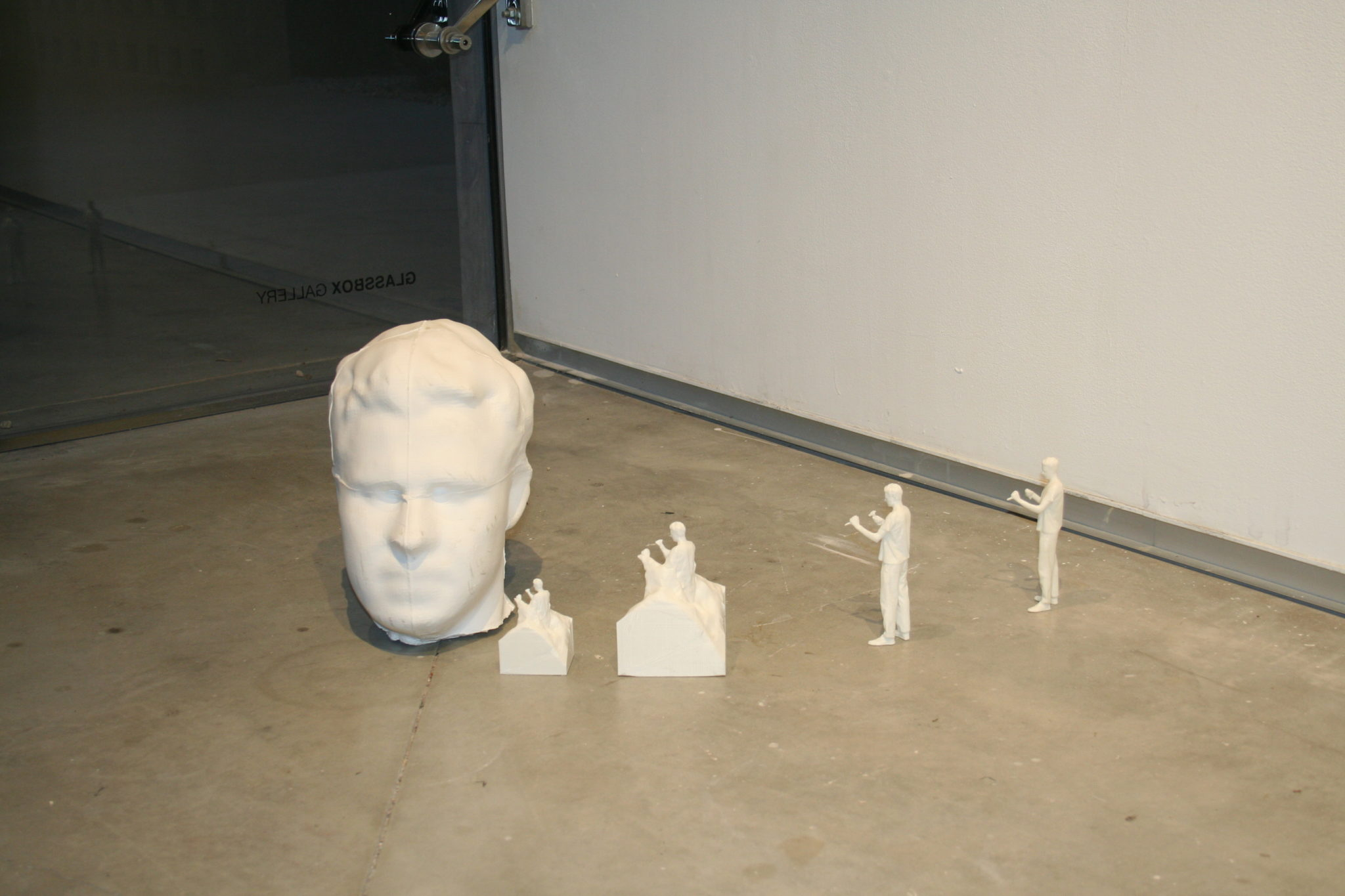 For Stoeckinger, a big difference between him and Blumenthal is their approach to aesthetic beauty and permanence within their work.

“I sometimes can hold on too tightly to things being in a pristine state to show them,” he said. “I get inspired by her approach of not holding onto things as much.”

While Blumenthal’s work is not built to last, Stoeckinger takes a different approach.

“I’m interested in the aesthetics of everyday infrastructure, so kind of practical, utilitarian objects, but also how those relate to people’s more profound conception of how they develop value systems and meaning,” Stoeckinger said. “So I’m interested in connection and the non-distinct relationship between utility and meaning.”

Both artists felt that despite working on pieces separately, they were able to collaborate well together, drawing from the same basic intellectual body, as well as sharing some aesthetic ideas.

Blumenthal attributes much of the positive feedback their show has received to its collaborative nature, noting that most artists choose to display their work separately.

“A lot of people who are in the Glassbox aren’t really doing a lot of collaborative installs together. I think what people are saying is that they’re really excited to see a collaboration between two artists and see how well the work is coming together,” she said.