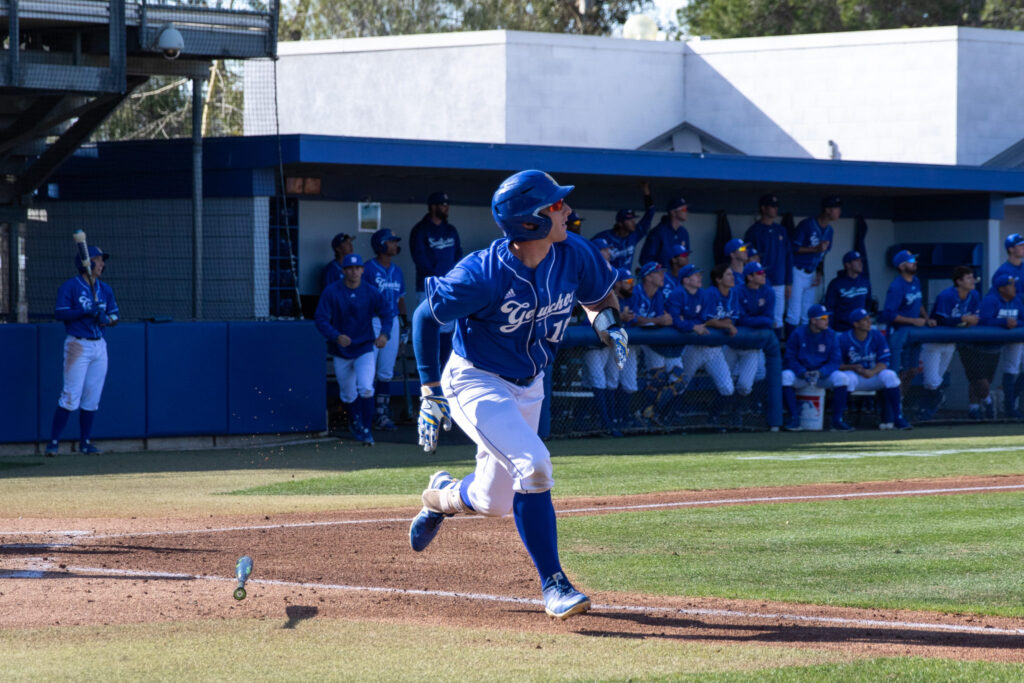 Before the beginning of the 2019 campaign, the Big West Preseason Coaches Poll had the UCSB baseball team finishing fifth in the conference. Now, 21 games in, the Gauchos are sitting pretty in first place of the league standings heading into its first week of Big West play.

A 17-4 overall record through 21 games, regardless of competition, should not be overlooked, especially considering the Gauchos amassed a below average 51-60-1 overall record the prior two seasons.

Still, a fast start such as this one will mean nothing if Santa Barbara cannot sustain this success where it matters most, conference play. And, first up on the league slate for UCSB is Big West powerhouse Cal State Fullerton who currently boasts just an 11-11 overall record to this point.

Recent history would suggest that the Gauchos are poised for success this weekend. Last year, UCSB took two of three from the Titans, its first series win against CSUF since 2014.

However, Santa Barbara has historically struggled against Fullerton. In the Andrew Checketts era, UCSB has gone just 9-12 with no series wins at Fullerton. In fact, the last time the Gauchos bested the Titans was back in 2007 when they took two of three.

Since then, UCSB has gone just 3-12 when playing at Goodwin Field, home of the four-time national champion CSUF. All-time, UCSB is 44-109 against Cal State Fullerton.

Nevertheless, this Gaucho team is as prepared as any to take a series from the Titans at their home field.

UCSB comes into this game fresh off a loss against St. Mary’s in which it blew a 6-0 lead.

Before the loss, Santa Barbara had won 15 of its last 16 matchups including three-weekend sweeps. In fact, UCSB has yet to lose a weekend series this year registering a 7-0 record scoring an average run of 7.9 runs per game.

A big factor in that is due to the Gauchos hitting power as a squad. This season, UCSB has hit 25 round trippers to rank 23rd in the nation and nine different Gauchos have hit one through 21 games.

Overall, Jew has also been consistently getting on base with a .412 percentage which ranks fourth among starters while his .329 batting average ranks third among the same bunch.

Arguably the best hitter on the team is still junior catcher Eric Yang. The man behind the dish has been spectacular when stepping up to it currently slashing .408/.505/.566. Both his batting average and his on-base percentage rank first on the team while his slugging ranks fourth.

To start the series, Ben Brecht will also be on the mound for the Gauchos. The southpaw has been great garnering a 4-0 record with a 3.06 ERA to start the year.

In his last three starts, he has struck out 29 batters in 20 innings pitched while allowing just 12 hits and five earned runs. In total, Brecht’s 50 strikeouts are the second most of any Big West pitcher.

Brecht will have to be at the top of his game this series though as he is facing some serious athletes. CSUF boasts a strong pair of outfielders themselves as Isaiah Garcia and Mitchell Berryhill are the two best hitters on the team.

Garcia leads the team in nearly every offensive category as he slashes .400/.477/.564. His 14 RBI’s rank second and he is only one of four batters to hit a home run this season.

Berryhill is just as solid as he ranks second in batting average (.395) and fourth in slugging percentage (.461). The senior is also dangerous out on the basepaths as his five stolen bases are the best mark on the team.

UCSB will also have to be wary of CSUF’s right-handed pitcher Tanner Bibee who will get the start on Friday. Bibee has a team-best ERA of 2.43 and has amassed a 3-3 overall record to this point. His 41 strikeouts are the third most by any pitcher in the league.

This weekend is huge for Santa Barbara as it is a chance for them to show that it is for real. People could chalk up UCSB’s record due to its competition but shutting down a powerhouse like Fullerton would certainly speak for itself.

UCSB takes on Fullerton in a three-game series beginning at 7 p.m. on Friday, Mar. 29 at Goodwin Field. Game two will be at 6 p.m. on Saturday while game three will be at 1 p.m. on Sunday at the same location.