I like to call myself a New Yorker, though I can barely claim this title. I lived in the city for the first five years of my life and have been a Southern California girl ever since. I barely have memories of the hustle and bustle of the Big Apple, but still, I love the idea that I am from there — that I was once a part of the energized mass of people and buildings on that cramped island. Most of my memories, though, are of smells — the dirty city air and the rank stench of the subways. But most poignantly, I remember the smell of deli food, schmears and cooking kugel. As a Jew, another title that I can barely claim, food tends to play a major role in many of my memories, and most of my daily thoughts, for that matter.

I would tell all of my California friends about the city and the unbelievable bagels from Ess-A-Bagel on Third Avenue. To them, I was a proud New York Jew (with the big schnoz to match). However, each year when we would go back to visit the extended family, I felt too tan, too skinny and, well, not Jewish. 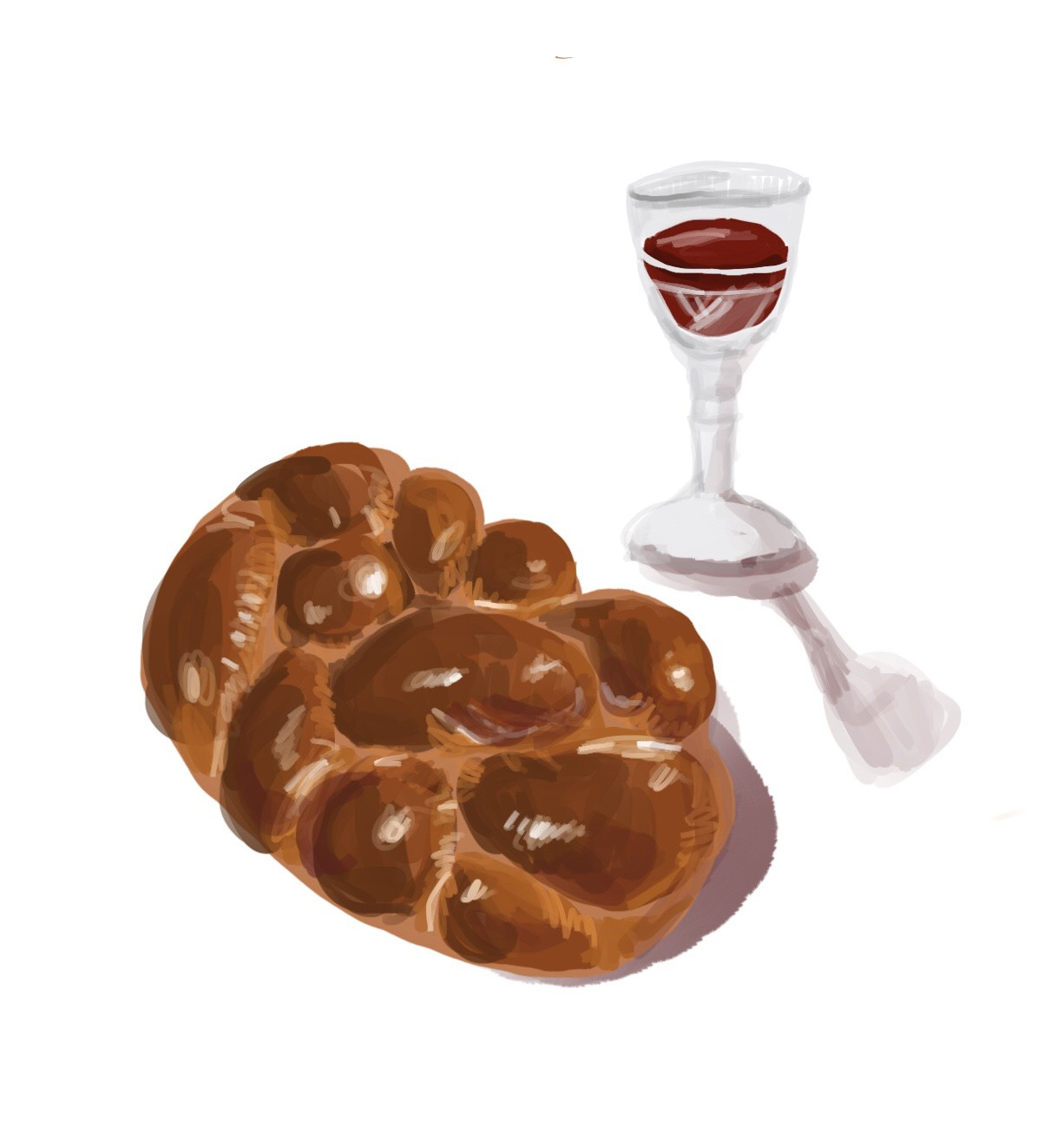 Growing up, it was hard to claim my culture, and I struggled with whether this aspect of my identity was something I could even claim as my own. How could I pronounce myself a proud Jew if I couldn’t read Hebrew and didn’t even believe in God? I struggled to fit in with the image of Judaism depicted by my family. They lived a stereotypically fast-paced East Coast life filled with big family gatherings, rude but adoring arguments and intense political debates. By contrast, our small four-person family unit was the sole Ziment representative in California. We lived an easy-going life filled with days at the beach quietly reading books and nights spent with the four of us on the couch watching American Idol. Though I desperately wanted to embody my extended family’s rendering of our culture, I couldn’t pretend that our lives were similar in the slightest.

As I got older and life got crazier, we started visiting the city less and less. I rarely referred to myself as a Jew; instead, the other aspects of my life became my most important identifiers. I was a high school student, a writer and a ballet dancer.

These communities became my culture. My language included French ballet vocabulary words and memes about AP exams. I started eating differently, even attempting to be vegan for a time, in order to fit in the eating disorder chic look of the dancer community (which I would not recommend even a little bit). I had lost a connection to where I had come from, but I had grown the strength to forge my own culture.

Though this is true, I still longed for the big happy family of my childhood. I wanted to feel a connection to my history and a shared perception of the world that I could pass on to my future children.

Though I desperately wanted to embody my extended family’s rendering of our culture, I couldn’t pretend that our lives were similar in the slightest.

With these desires in mind, I tentatively attended my first Shabbat dinner in many years at Santa Barbara Hillel. I thought I was going to feel uncomfortable like I did in past situations when I had been the odd Jew out. Instead I found myself welcomed into a diverse and enthusiastic community.

The Jewish community at UCSB has changed how I define Jewish culture. I’ve found a home in this community of tanned Californian food enthusiasts. This community is defined by the unique people that it brings together to laugh, talk and enjoy Shabbat dinners. The culture feels familiar, reflective of the loud, driven individuals I grew up around, and has allowed me to feel connected to my family and my roots. However, it’s also different — it’s a place where I feel comfortable being true to who I am while being cognizant of where I came from.

The way I define my Judaism may be a far cry from how the rest of my family views their relationship to the culture; however, learning to find my own definition has allowed me to embrace this aspect of who I am even more.

Melanie Ziment encourages you to find your own approach to your family’s culture.

Melanie Ziment
Melanie Ziment serves as the 2021-2022 managing editor and previously as the 2020-2021 Opinion Editor. In her free time she enjoys dancing, reading, and switching her major.
1 Comment
Inline Feedbacks
View all comments