The University of California Regents voted to table a tuition increase of 2.6 percent for out-of-state students Thursday morning, a proposed hike that brought severe student backlash in the weeks leading up to the meeting. 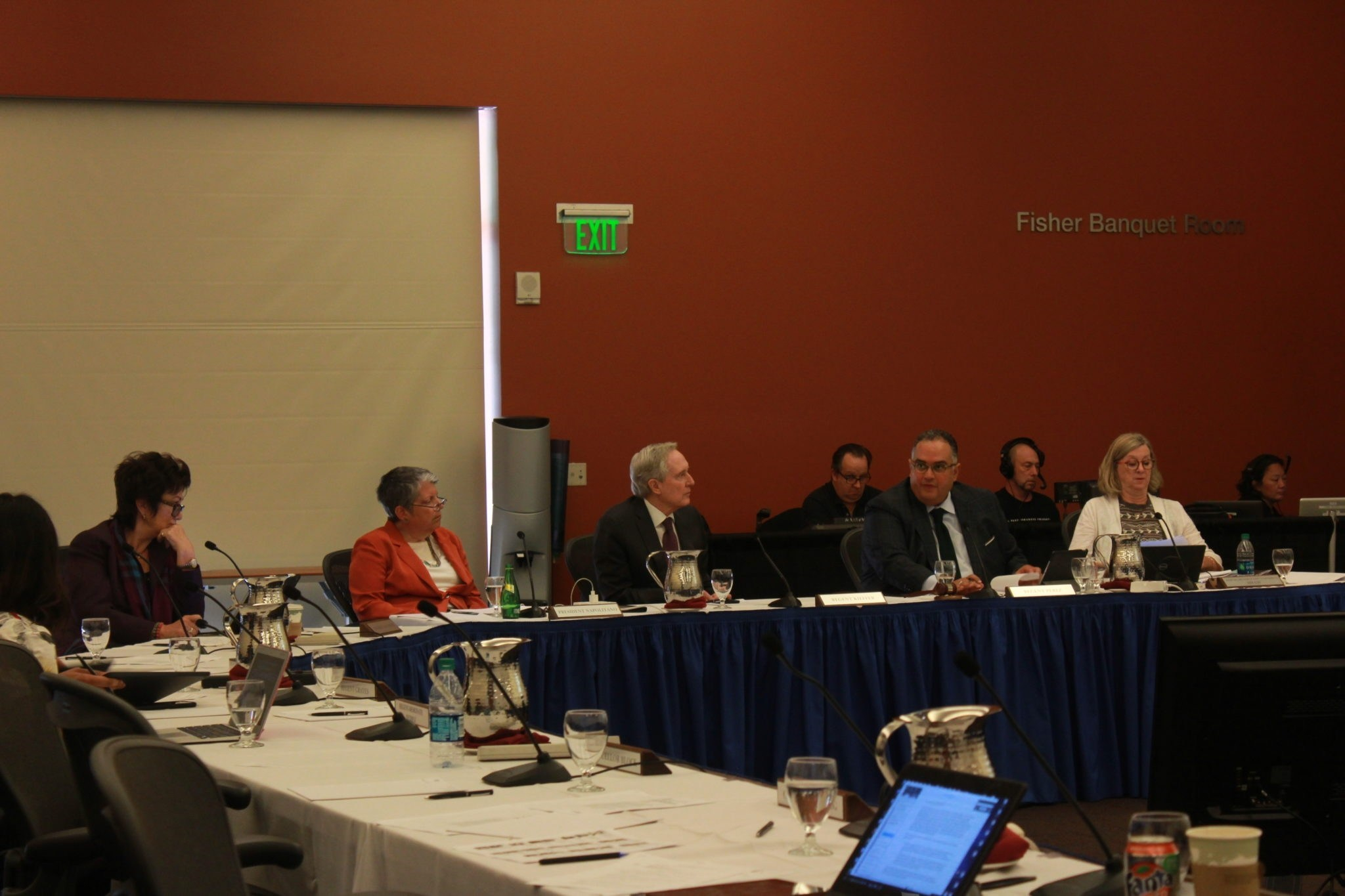 UC President Janet Napolitano said the increase was vital, as the UC would have a $30 million hole in its funding without the hike.

“What we are recommending… is a modest increase in non-resident student tuition, 2.6 percent. It’s basically a cost-of-living adjustment,” she said.

“Our primary purpose is to educate the next generation of Californians.”

The UC Student Association (UCSA) has been the loudest voice against the tuition hike. UCSA President Caroline Siegel-Singh delivered a letter to state legislators on March 6, opposing both a non-resident student cap and the tuition hike.

“As we discuss the importance of an affordable UC education, we cannot neglect that non-residents contribute a total of $120 million towards need-based financial aid through the UC grant and therefore support approximately 100,000 California residents,” the letter read.

Regent Sherry Lansing first proposed not voting on the issue, saying that she “came in with one point of view” and now felt conflicted.

“I think there is so much more work to do on this. I think that we should hold off on this if possible and really talk to the legislature and really look at possible scholarships and how we handle this situation,” she added.

Hadi Makarechian, chair of the Finance and Capital Strategies Committee, presented a recommendation from the committee to move forward with the $762 tuition increase, but said that there was opposition to the increase within the committee, including from himself.

Several Regents voiced their concerns about the tuition hike, saying it would make the UC less of a “world-class institution” and accessible only to the very wealthy.

Regent Michael Cohen also pointed out that the increase would affect Deferred Action for Childhood Arrival (DACA) students who might be California residents but do not qualify for in-state tuition.

“When [students] get on campus, for me they’re all California students, and we have sort of a moral obligation to treat them the same way we would all of our other students,” he said about out-of-state students.

Regent John A. Pérez said that until the Regents “reopen the discussion about pathways for financial aid for out-of-state students,” he could not support the increase.

Perez also recommended “admission group cohort increases,” which would mean that when accepted, students would pay the listed rate at the time for the four years they attend a UC. Any tuition increases voted on when they are in school would not affect students currently enrolled, keeping tuition the same for a class of students when they first enter school up until they graduate.

The Board of Regents plans to reconsider the tuition hike at their next meeting in May, which will be held at UC San Francisco. In the meantime, they will explore other avenues to resolve the $30 million budget hole, they decided at today’s meeting.

One option they are looking to is asking the state legislature for money to sustain the programs that would be cut without the hike, as Napolitano noted that the state would not provide funds for out-of-state students.

They also intend to look for a way to differentiate DACA students from out-of-state and international students and develop a way to provide financial assistance for out-of-state students.