The Daily Nexus
On the Menu
A Recipe for Success: Buddha Bowls Unveils a New Breakfast Menu
March 7, 2019 at 12:01 am by Tiffany Velazquez

From the Mac Daddy to the New England Clam Chowder, Buddha Bowls has been serving their bread bowl creations to the community of Isla Vista since 2014. Offering both readily-prepared and build your own options, Buddha Bowls has decided to take the next natural step in their flavor journey by unveiling a breakfast menu. 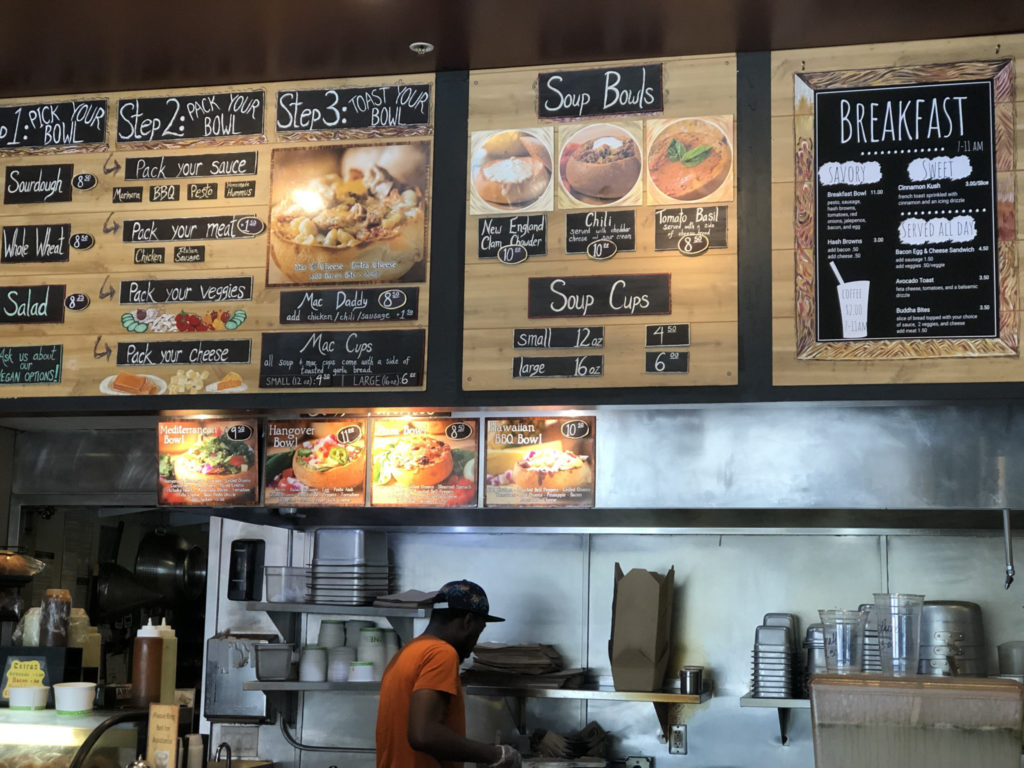 We reached out to the owner, Daniel Dunietz, after hearing about the new changes on Facebook, and he was kind enough to invite us to come in and try the food out. I stopped with a friend on Friday morning during the menu’s inaugural week, whereupon Dan greeted us kindly. Preparing everything himself, Dan offered us one of everything on the breakfast menu to give us the full scope of things — bypassing the Breakfast Bowl so as not to overpower us with food right off the bat. 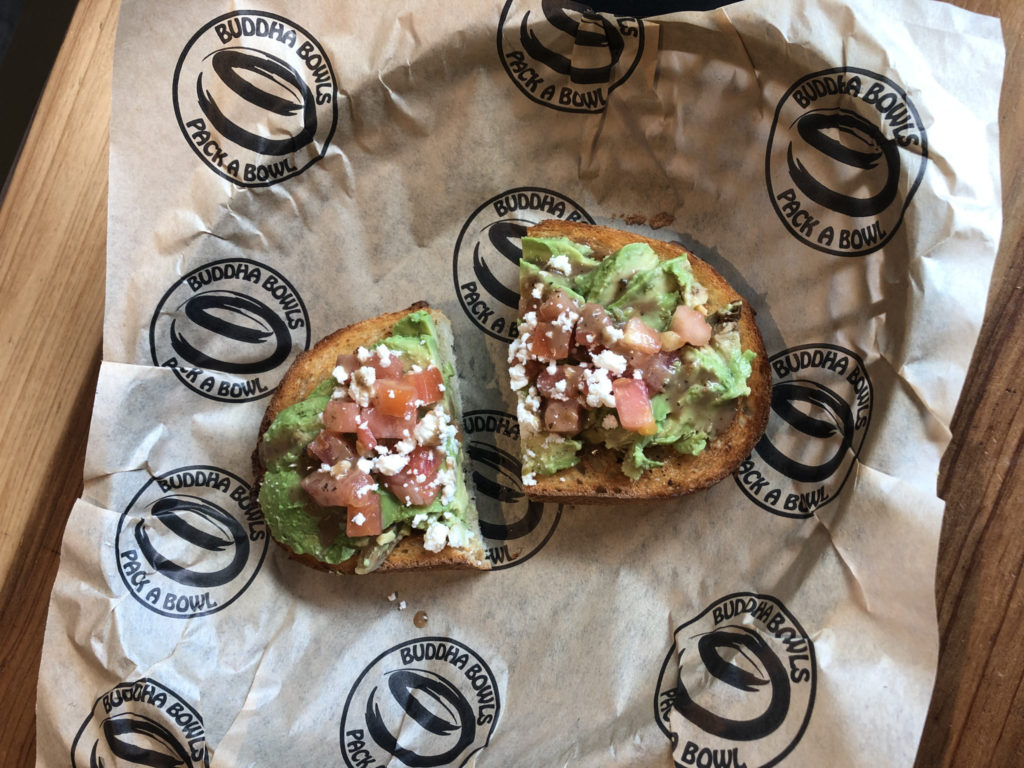 We got started with the Avocado Toast, which was a step up from your run-of-the-mill toast with the addition of tomatoes, feta cheese and balsamic vinegar. While not normally a fan of avocado toast, I found the latter two ingredients really delivered that wow factor and gave it that extra burst of flavor. The bread itself held up well under the weight of the numerous wet ingredients and, all in all, we devoured it just a few bites. 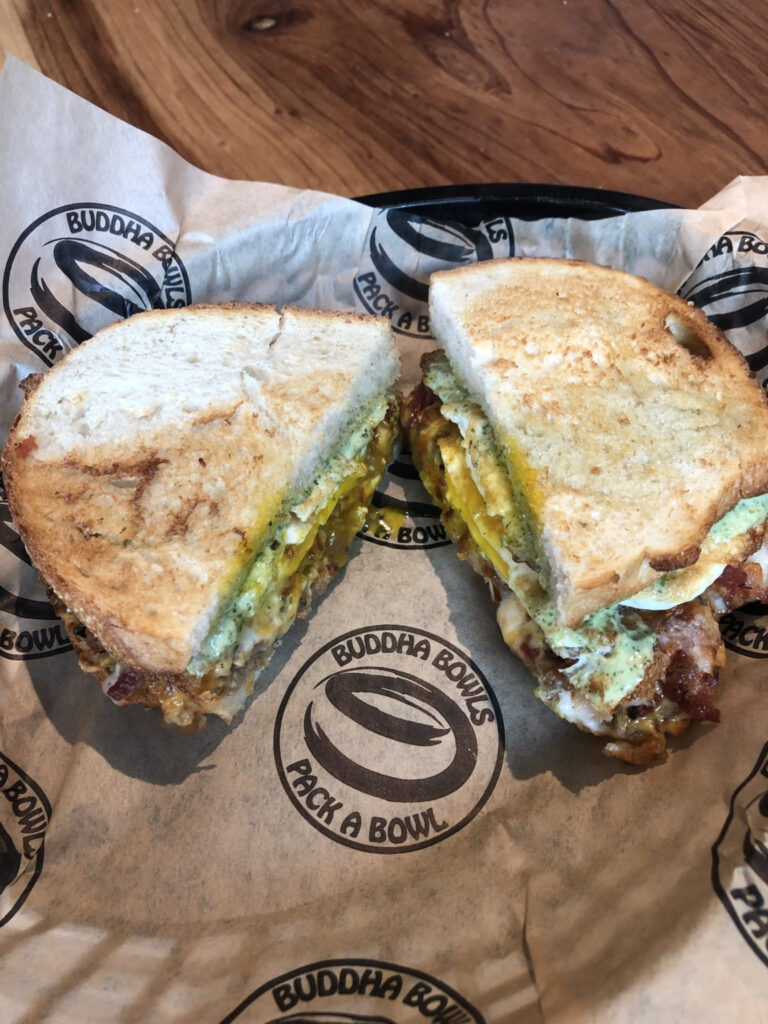 Our next dish was the Bacon, Egg & Cheese Sandwich, featuring the added bonus of sausage, which would have otherwise cost extra. A savory and hearty bite, the sandwich was definitely a contender for our favorite. Well worth your buck, it’s a big one and requires the use of both hands to truly get a grip on it.  Jam packed with both ingredients and flavor, the drizzle of pesto sauce helped it to stand out and easily beat the competition. 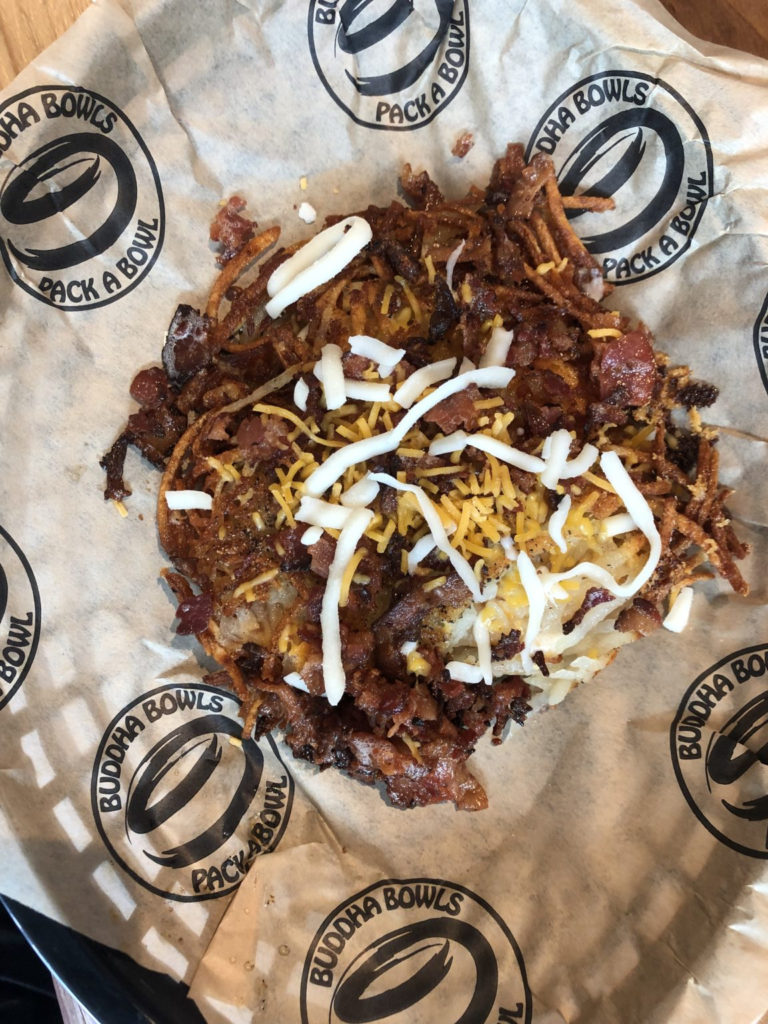 Arriving before the sandwich was even completed were the Hash Browns. The were loaded with cheese and bacon — another added bonus — and perfectly crisp. They had that highly desirable cheese pull when sinking our forks in. This was, unfortunately, the only dish we were unable to complete, as we opted to save room for dessert. The shining star of the day was, without a doubt, the Cinnamon Kush. A deeply spiritual experience, it somehow managed to be perfectly soft and fluffy without getting soggy. Composed of french toast with warm, gooey cinnamon icing and powdered sugar, it was the main event and I’m happy we saved it. 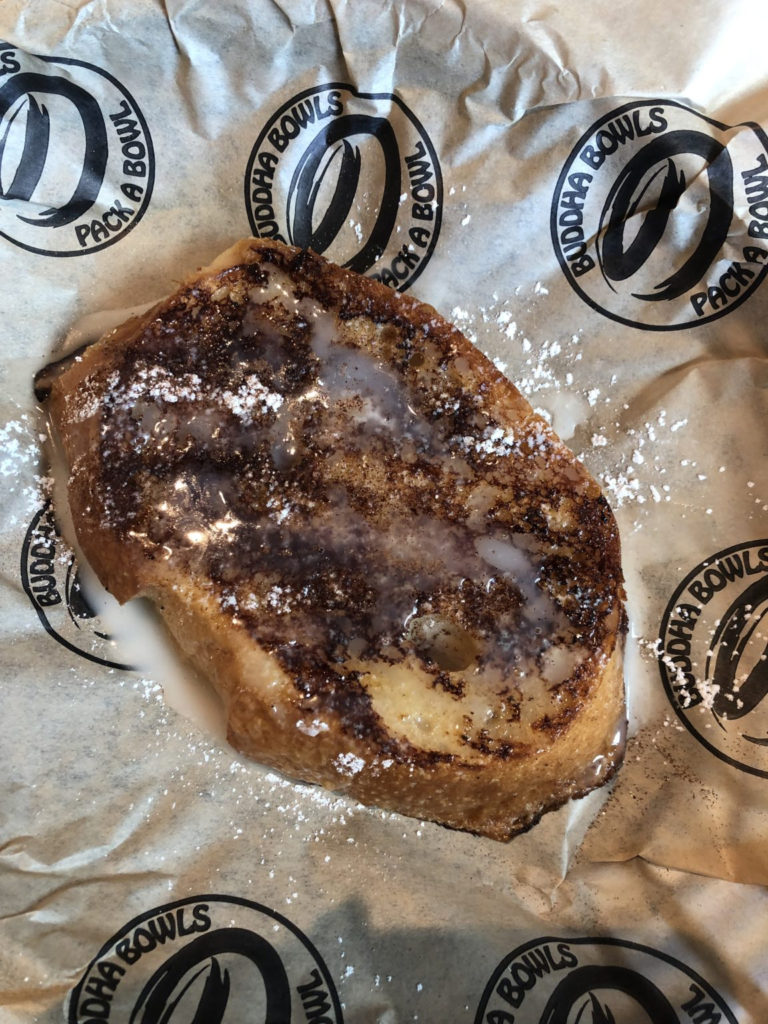 As we finished up our food, Dan came over to sit with us and discuss his thoughts on how things seemed to be shaping up during the menu’s first week. Happy to hear just how much we had enjoyed everything, he expressed how satisfied he was with the recent turn out. A little slow going at first, the arrival of the weekend appeared to be bringing in the morning rush. Curious as to what had brought about the addition of breakfast, Dan told us the idea had actually been essentially three years in the making. Having tried to incorporate breakfast during the restaurant’s sophomore year, the menu items did not succeed as expected, and in fact, many customers actually seemed unaware that breakfast options were being offered at all.

Dan has more hope for this go around, as he’s remaining very involved and hands-on while the cooks get the hang of things. His only worry is the Cinnamon Kush, the only item that would not be able to be offered outside of the breakfast hours of 7 to 11 a.m., as the grill is overflowing with savory meats during that time for their traditional menu. After talking it over, we played with the idea of potentially serving it again after the day’s dinner rush as a late night munchies option.

So the next time you’re craving Buddha Bowls, make sure you take the time to swing by in the morning. Don’t be afraid to give your taste palate a change and try their Cinnamon Kush. Enjoy a little something sweet because whatever they’re doing here, they should never stop!