The Daily Nexus
Opinion
Don’t Be Afraid To Call Your Friends Out
March 1, 2019 at 8:00 am by Joshen Mantai

Calling out your friends for the problematic things they may say is not a challenge that college students alone face; it’s prevalent in pop culture and entertainment today. Even Kim Kardashian has trouble defending her husband, Kanye West, and his Twitter rants. She has attempted to explain by saying she has different views from her husband on certain political topics, and keeps those views separate from his. But is it enough to simply defend your relationships with others by saying you have different views and keep those aspects of your lives separate?

I have found that this isn’t sufficient. It is okay to avoid confrontation, but if your friend says something that is completely adverse to your own views, you cannot always stay silent. So calling out your friends for saying problematic things not only depends on your definition of “problematic,” but also the level to which it does not sit right with you. 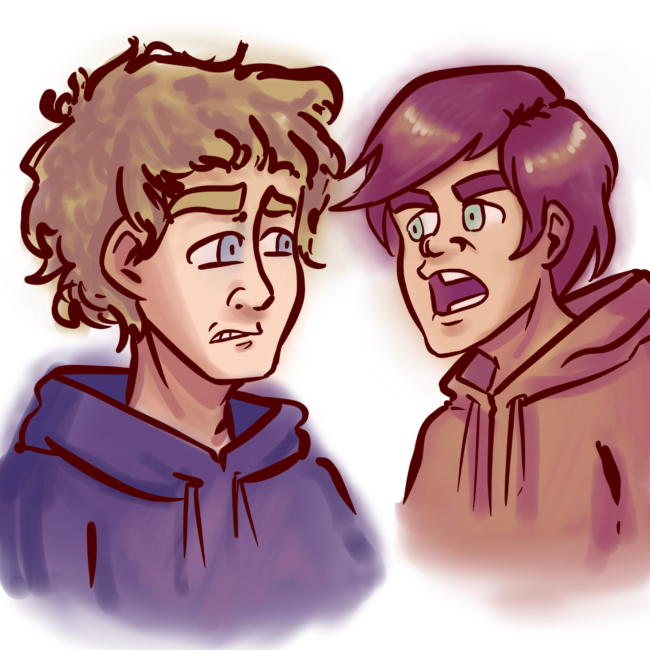 Being from South Carolina and having liberal views has often had a silencing effect, especially because nobody wants to be ridiculed for their beliefs in a predominantly conservative state. I was never the kind of person comfortable with getting in heated arguments or calling out the other side for saying something that was completely ignorant. Despite not being outspoken, most of my friends knew about my political views because of my identification with other Democrats in my school, particularly in clubs and other organizations. I didn’t look for a sense of belonging in a certain group because they identified with my views, prompting me to make friends from all backgrounds.

Although some of my friends had pictures of Trump as their phone backgrounds and worshipped the Confederate flag, we never really discussed the blaring tension between our political views. Most of the time I didn’t have the energy to get into a back-and-forth argument, or didn’t want a target on my back. Personally, I know it’s hard to feel like you don’t fit in.

And while I haven’t faced any needed confrontation with my friends at UC Santa Barbara, I’ve grown increasingly comfortable with initiating conflict.

Sometimes we are unaware that other people have friends who say problematic things as well. Overheard at UCSB, a private Facebook group where students post about funny things they overhear on campus, demonstrates this. The page features mostly humorous but also potentially ignorant things Gauchos say, and most of the time they are not even serious. Therefore, sometimes problematic exclamations are not even a question of debate, but a necessary knowledge of simple facts that can be corrected easily. And in this case, students often call each other out in relation to misinterpretations of culture and offensive language. However, it can become far more difficult to call out people we care for, in contrast to these strangers we may overhear or occasionally come in contact with. If we live in a society fearing the backlash of correcting our friends, we’ll never advance or be able to form meaningful connections.

If we live in a society fearing the backlash of correcting our friends, we’ll never advance or be able to form meaningful connections.

We don’t have to terminate our friendships or be assholes when we call out our friends. It can be as simple as saying, “Hey, do you know what you’re saying? It sounds wrong, and here’s why.” This may not be a challenge that everyone is willing to undertake, but as a conflict-avoider myself, trust me when I say it’s necessary to check your friends from time to time.

And sure, critics of this view might say that if we stayed silent we could retain our private views and avoid conflict entirely. Friendships are usually something we value because of positive interactions, not conflict.

But if we stay silent, we are agreeing to live in a world in which our views are static and where intellectual conversations are not welcome. If we refuse to call out our friends, they will never know their viewpoint is wrong, and will never strive to become better and more sensitive to others’ views. This is not just a matter of opinion, but a proven psychological concept called the “Bystander Effect.” This concept explains that if you are in a large group and a conflict arises, you will automatically assume someone will take action even if you won’t.

But we need to be more than just bystanders. Sooner or later in life, you will have to face confrontation — if not in college, definitely in the workplace. And sometimes it may even be your boss who will say something problematic or ignorant. Being fearful of the power dynamic in our culture is not a reason to be afraid to call someone out.

Calling out the ones close to us for saying problematic things is not unfamiliar in our culture today. It is our responsibility as friends to try and shape each other’s views and constantly challenge each other’s opinions. If we stay silent we become complicit in our friends’ problematic opinions and turn a blind eye. Be the hero our friends (and our society) need.

Joshen Mantai is finding the courage to confront the problematic views of her friends.

Great article. As a black female in a predominately white and male workplace I face this issue on a daily basis. Anytime my colleagues criticize my work I have to remind them that they wouldn’t have criticized me if I were the same color or sex as them. Then they pretend to act all apologetic and say that “it has nothing to do with you being black or female” but I can see right through that bs. Mindblowing how threatened these fragile white men feel when a female POC is working in the same office as them.

Man with the Axe
Reply to  Anonymous

In my experience, white people are most often reluctant to criticize black employees who deserve it because they want to avoid exactly the kind of pushback you describe.

I like you you KNOW what other people are thinking and why they are behaving the way that they are. I would guess you just arent as good at your job as you think you are.

Man with the Axe

Calling out people probably does more harm than good. The assumption of calling out is that you are wrong and I’m going to set you straight. Better to engage with a different tone, such as: “I’m not sure I agree with what you just said.” Or some such.

Anonymous
Reply to  Man with the Axe

Ok but the author wasn’t talking about terms of disagreement. They were discussing CLEAR misinterpretations or problematic comments that can be seen as racist/insensitive/etc.

Thanks for an example of a “problematic comment.” Saying that sounds like you are defending sexual harassment, bullying and other male behavior that is obviously NOT acceptable, regardless of which brand razor you shave with.