What’s boba and where did it come from? Simply put, boba is just the name for the tapioca pearls that add extra texture and flavor to your favorite bubble tea. The tea itself originated from Taiwan and is interchangeable, allowing for different variations in flavor, sweetness, taste and sometimes texture — completely up to preference. 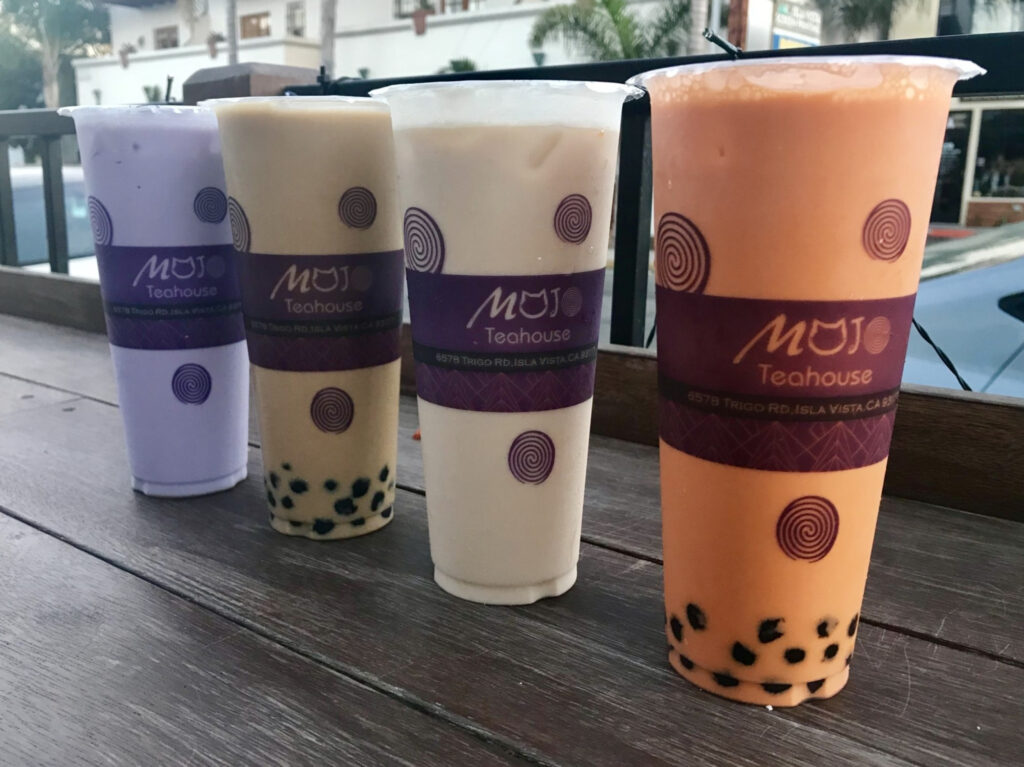 Personally, I’m from the Bay and have been blessed with amazing teahouses like Teaspoon, Happy Lemon, GongCha, PlenTea and countless others that I can’t even remember. But I can tell you what I do remember, and that’s the excitement and joy I had when my friends and I tried as many different boba places as we could find in the Bay. It’s been a long time debate amongst ourselves on which teahouse sold the best boba, and through this we finally agreed on the best Bay Area teahouse — it’s Teaspoon, they use lactose free milk and the tapioca is perfect.

Unfortunately, I no longer have the luxury of having a car while living in I.V. and L.A. is too long a drive during the quickly passing quarter for multiple L.A. boba trips. I’m a third-year transfer, and like many other students I just stuck to the most recommended teahouse, Mojos, but it wasn’t quite the same. It didn’t give me the same satisfaction as the boba back home, so I set out and made it my goal to identify the best teahouse in I.V. so that students, past, present or future, won’t be confused.

So here it is, in order of best to worst. All the places — as far as I know — in I.V. that sell boba. The criteria was just regular Milk Tea with 100 percent sweetness and no ice, and to come up with their overall rankings I added the individual scores of the tea and tapioca, divided by cost before tax.

In my honest opinion, anything after Hana really isn’t worth it anymore. The rest are below mediocre in terms of quality, price or both. I recommend sticking to the top four, but I do have a few things you should consider:

I hope this list helps past, present and future Gauchos alike, and maybe there’s a hidden teahouse somewhere in I.V. I wasn’t able to try. Teahouses seem to just pop up, and I recently read that Starbucks is starting to sell Bubble Tea, so who knows who truly holds No. 1.

It’s not in IV

Spudnuts? really? you forgot Wake Cup – much better than the last two.

WakeCup is on the list. Read the whole thing maybe.