The Daily Nexus
On the Menu
5 Caffeine Alternatives for People Who Don’t Do Coffee
February 21, 2019 at 12:00 am by Jennifer Sor

I grew up thinking coffee was the forbidden fruit.

After nearly two decades of believing coffee could stunt my growth, science has shown that my mom was wrong all along. “What I tell patients is, if you like coffee,” Dr. Peter Martin, the director of the Institute for Coffee Studies at Vanderbilt University, says, “go ahead and drink as much as you want and can.”

Research has consistently proven the health benefits of coffee — its caffeine content improves focus, increases metabolism and has powerful antioxidant effects on drinkers. As an avid coffee drinker myself, I am at times baffled by those who refuse to drink it. My roommate, for one, often can’t stand the taste and complains of stomach upset. Another friend of mine says she wishes she could drink coffee but finds the beverage anxiety-inducing.

Luckily, for those who can’t stomach coffee, either out of dislike for the taste or how it digests, there are a handful of coffee alternatives to still reap the benefits of caffeine: 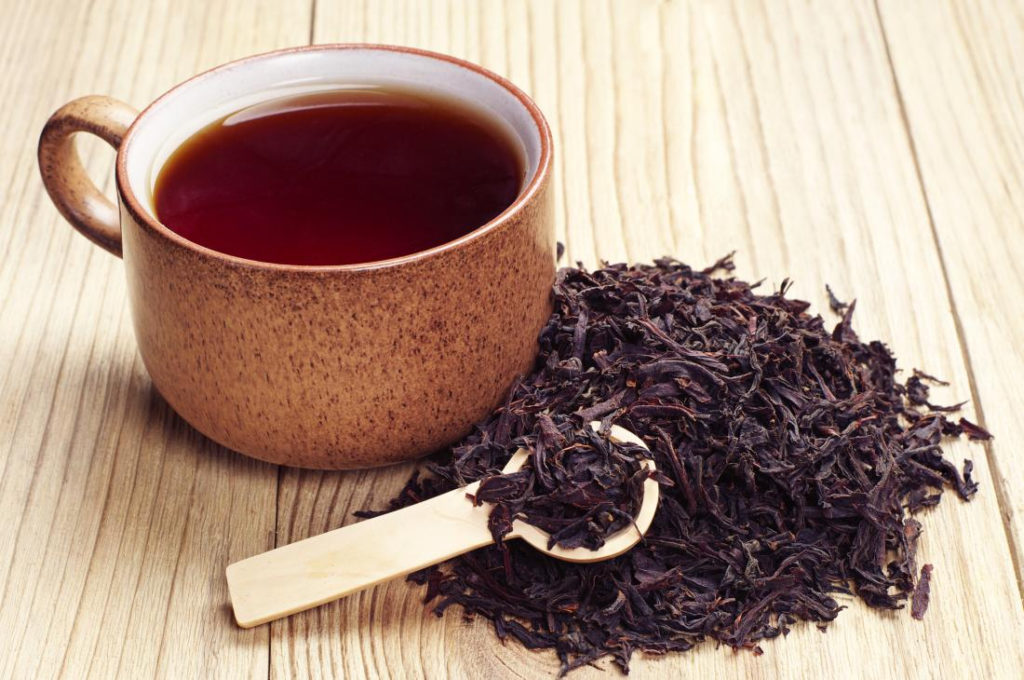 I used to think the caffeine content in tea was hokey-pokey, but it turns out I had been drinking the wrong variety: Green tea, with a modest 35 mg of caffeine, tends not to be very stimulating, whereas black tea, averaging 50 mg. of caffeine, is more comparable to a cup of coffee. (For reference, 8 oz of black coffee contains 100 mg of caffeine).

Like coffee, black tea is also the holder of numerous health benefits — researchers boast of its antioxidant properties and its ability to improve cholesterol, blood pressure and even gut health. My roommate, who is plagued with stomach upset upon drinking coffee, is a huge proponent of tea. “It’s a nice rise in energy,” she confided to me. “It doesn’t make me feel nervous; it’s a pleasant, slow energy boost.” For those who are similarly caffeine-sensitive, black teas are a cheap and gentle option for a morning pick-me-up.

Recommended for: Caffeine-sensitive students, students on a budget
Pros: Lightly stimulating, provides a steady release of energy
Cons: Not as strong as traditional coffee
Rating: 3/5 stars 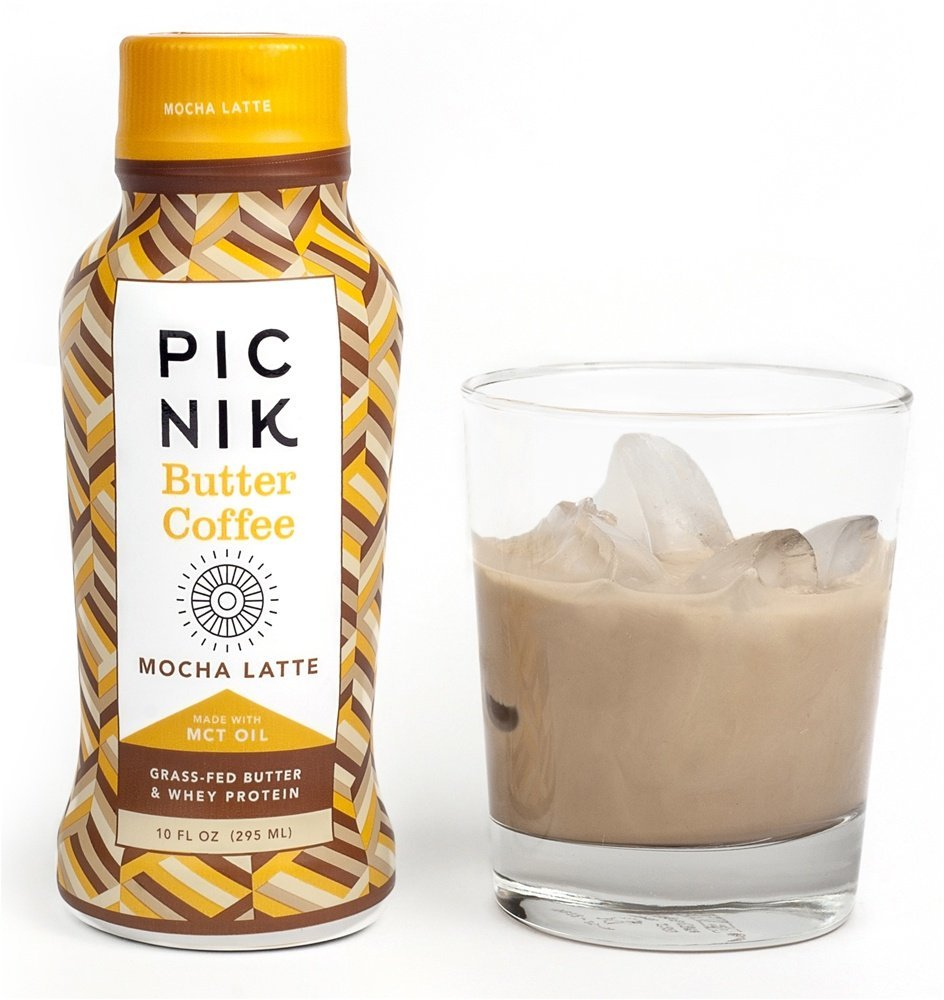 Technically speaking, bulletproof coffee is not that different from your regular cup of joe, but its additives, unsalted butter and MCT oil, provide an extra kick for those looking to prolong their caffeine hit without drinking an excessive amount. “The combination of caffeine and fats [fuel] the body,” says HuffPost nutritionist, Fiona Tuck. Naturally, bulletproof coffee is high-calorie and high-fat, serving as a meal replacement and sustaining energy levels throughout the day.

Curious, I purchased two bottles of premade bulletproof coffee for my roommate and me. I downed a quarter of the bottle; my roommate didn’t even swallow. We were both immediately sick to our stomachs.

Upon further research, this is a common reaction to novice bulletproof coffee drinkers, “A high fat intake at breakfast may cause stomach upset in some individuals,” HuffPost’s Juliette Steen writes, and medium-chain fats, like the ones included in MCT oil, tend to have a bitter taste. A quick google search confirmed that the MCT oil in bulletproof coffee, for many, is an acquired taste: “Bulletproof Coffee Taste Like Shit?” one forum ventures. “I just made bulletproof coffee; never again,” another reads.

For those who don’t have time to eat breakfast and need a longer energy boost, bulletproof coffee is a viable option, but I don’t recommend it for the faint of heart. 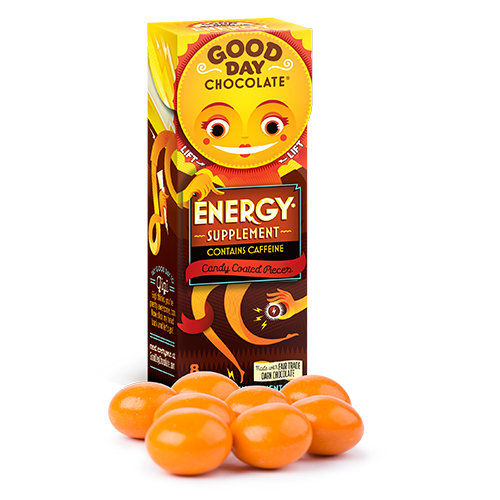 Good Day Chocolate is a candy brand that produces chocolate-flavored supplements, with their line of Energy Chocolates being one of its most popular varieties. As its name denotes, it consists of caffeinated chocolate candies, intended to provide a sweet energy boost. “Chocolate is one of the most effective delivery systems for [caffeine],” its website boasts, and it provides a kick equivalent to that of a cup of coffee.

“It looks like an orange M&M,” my roommate remarked. We both tried a piece. It tasted like an M&M as well: dangerously snackable.

A serving of Energy Chocolate is four pieces, but I, a chocoholic with no impulse control, ended up eating the entire box. I lay in bed later that night with a racing heart, unable to sleep. As an energy supplement, I found it extremely effective (and delicious); purchase at your own risk. 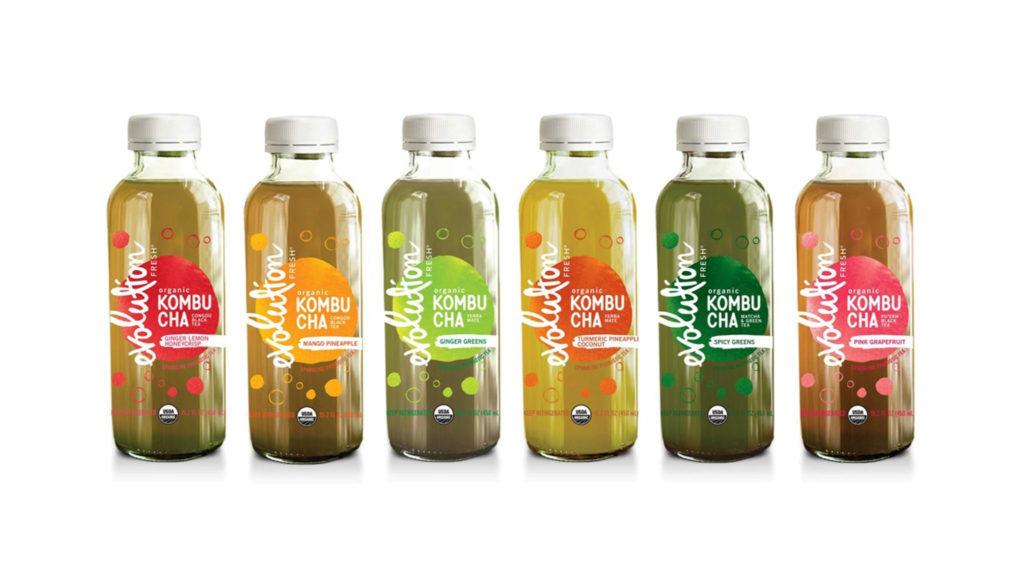 Kombucha is a fermented variety of tea, containing colonies of live bacteria. Often carbonated, the health benefits of kombucha as a probiotic have been widely publicized, backed by claims that it improves digestion and immunity in addition to being a plentiful source of vitamins and enzymes.

In terms of palette, many find the taste of kombucha objectionable. HuffPost’s Rebecca Orchant once quipped that kombucha tastes like “vinegary soda”; my roommate feels similarly. For the most part, she tells me, it’s acidic in taste, and due to its image as a premium health food, it also tends to be expensive. Depending on the brand, a bottle can retail for up to 10 dollars.

As kombucha is brewed from tea, it does, to a lesser extent, contain caffeine. A cup of coffee is roughly four times as effective. The energy boost is subtle, but palpable, and recommended for those seeking probiotic benefits from their morning brew.

Cons: Not as strong as traditional coffee, pricey, questionable taste 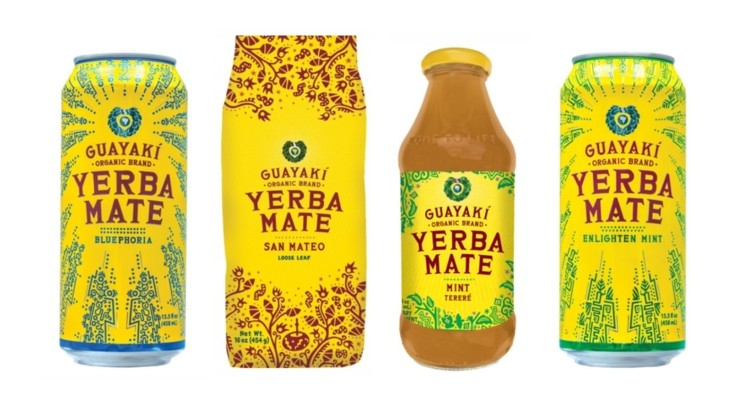 And, of course, how could anyone forget yerba, the HG stimulant for studying college students?

Yerba mate is a type of herbal tea, often compared to coffee in terms of caffeine content. Flush with antioxidants and boasting an impressive 80 mg. of caffeine per serving, the tea is known for its health and energy-inducing properties that give a more mellow buzz than other energy drinks. My sister, who introduced me to yerba, concurs: “It’s not like Red Bull. Red Bull makes me jittery,” she says. “It’s just so nice and clean.” She recommends it as an alternative for those who are particularly caffeine-sensitive.

Yerba mate can be brewed at home, but the Guayaki brand in particular offers a wide, 16-flavor selection, available at UCSB’s Arbor. Personally, I’m partial to the Pomegranate flavor, but that’s just me.