The Daily Nexus
News
UCSB Students Bring Waves of Pleasure for Valentine’s Day
February 14, 2019 at 12:01 am by Max Abrams

Valentine’s Day doesn’t have to be all chocolates and roses.

On Jan. 29, fourth-year economics major and music minor Noah Congdon announced on UC Santa Barbara’s Free & For Sale page that he would begin taking pre-orders for adult Valentine’s Day grams to be delivered across Isla Vista and Goleta. 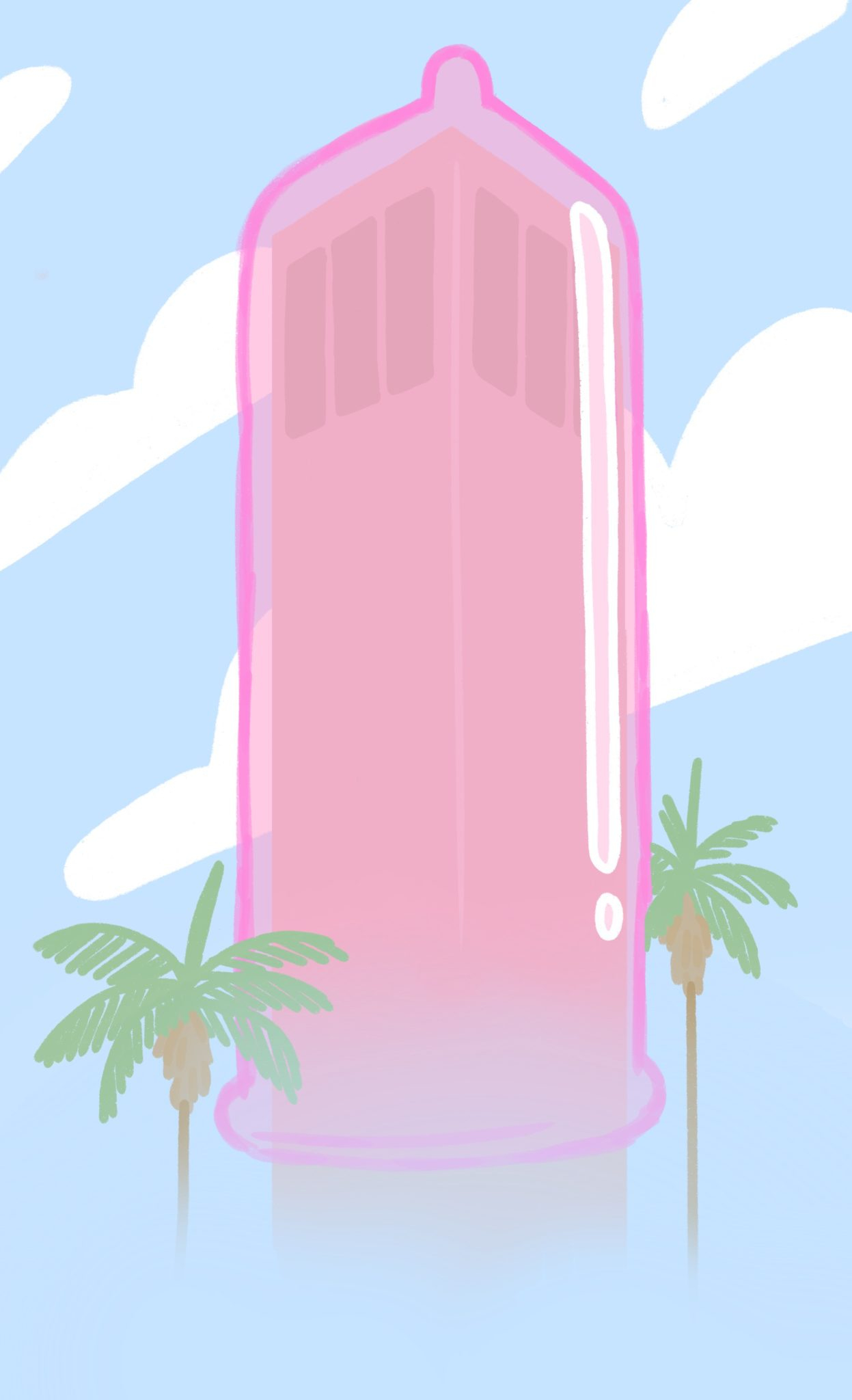 The basic packages, which would cost customers $3.95, included chocolate and gummy candies, a heart-shaped candle, eggplant and peach emoji stickers and a handwritten tag.

To order a gram, customers were directed to a Google form where they could decide on what toys and treats they would like to order, Congdon said.

“People were able to pick a toy and mix and match and see what they wanted to write on it [handwritten letter]. We let everybody write their message, so that way once it’s delivered it’s already handwritten.”

The idea to sell Valentine’s day grams started as a group project for Congdon’s Principles of Marketing class, TMP 124, where he and his group members had to construct a pop-up shop.

After learning the project was due in February, Congdon’s group quickly realized that selling sex toys as part of a Valentine’s day pop-up could actually work, after previously tossing the idea around as a joke.

“A friend in my group joked about it because her boyfriend’s dad actually owns a sex shop company so we could get wholesale prices,” Congdon said. “It was due in February, and we were like, what’s around February? Valentine’s day!” Congdon said.

Congdon said the group project had only one rule: The shop couldn’t sell anything illegal.

Shortly after realizing their idea could become a reality, Congdon, along with group members Clarissa Requiestas, Francesca Towers, Tommy Cen and Raymond Quan, began to map out the logistics of their project.

Congdon found that the best approach for attracting customers would be to advertise on sites such as Facebook, where he could reach a large audience but also spare interested students the shame of walking into a brick-and-mortar sex shop.

“We thought people might buy it for themselves. This is the perfect front to do it. It kinda, like, demystifies it. Like, ‘Oh, it’s a joke for a friend.’ If they wanted, they can gift themselves and not tell anybody.”

Regardless of their buyers’ motivations, Congdon considered the Valentine’s Day grams a success, noting that his group sold over 80 grams before closing up shop.

The grams are no longer being sold, as the due date for the project fell before Valentine’s Day.

However, as part of the pop-up shop, Congdon and his group pledged to donate 5 percent of their proceeds to the Planned Parenthood California Central Coast.

”It’s another way you can feel good about about buying a product for a good cause. We’re trying to demystify and capitalize on the [sex toy] market, trying to add to it to make it [as] least stigmatized as possible.”

After packaging the sex toys and preparing all the grams for delivery on Sunday, Congdon and his group are ready to please the masses with their Valentine’s Day gifts. The group ran into minor roadblocks, such as realizing some of their pre-ordered sex toys were actually out of stock, but Congdon believes the pop-up was a solid attempt, especially for a first run.

“There was a lot of shifting of gears, but it was the first and only time we did it … It would be cool to do it again,” he said.