Technology undoubtedly plays a fundamental role in tracking climate change. Scientists and researchers can take advantage of a plethora of technological approaches to aid them in their work in widely diverse ways, including using remote sensing tools to monitor the decline of ice sheets at the poles, or in field applications to view the outcomes of environmental management.

To help scientists in “applying artificial intelligence (AI) to help understand and protect the planet”, Microsoft and National Geographic have partnered up to sponsor AI for Earth Innovation Grants.

Caylor, an ecohydrology professor in the Department of Geography and the Bren School of Environmental Science as well as the director of the Earth Research Institute at UCSB, will use this grant to more accurately estimate and track agricultural land use change and groundwater use.

“Agriculture is a major user of water worldwide … What has been happening and what continues to happen around the world is that as there’s a need for greater food production, we started moving agriculture into new areas, places that maybe weren’t farmed in the past,” Caylor said.

Many farms have been supported through rainfall — rain-fed agriculture — but are increasingly supplemented by groundwater accessed through wells, pumps and irrigation schemes that can be monitored by satellites.

“The goal of our project is to use the historical archive of satellite data to try to map the expansion of these emerging agricultural landscapes and see how much water they’re using in order to try to figure out what the impacts are on groundwater in the regions that growth is occurring,” Caylor explained.

Caylor and his associates, both at UCSB and at other universities, plan to start small. They will focus on places where groundwater use is known well enough — such as the irrigation sites in western Nebraska or areas in California — to train and hone their technological approaches. Once the researchers build up enough confidence, they will deploy them on a larger scale to other areas of the world where past or present groundwater use isn’t monitored as comprehensively and they can do more prediction than confirmation.

“So we start small; ‘train locally and then deploy globally’ is the strategy,” Caylor said. 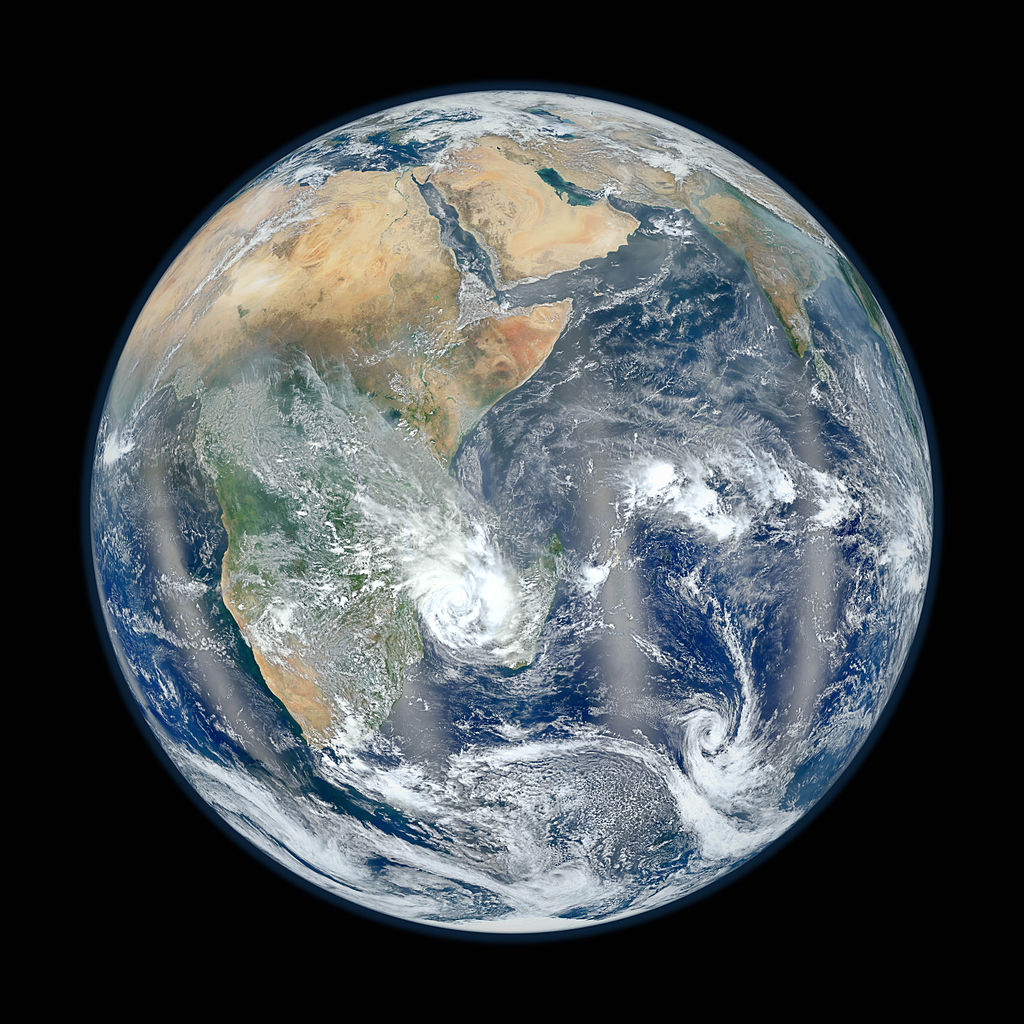 With the Microsoft and National Geographic sponsored AI for Earth Innovation Grant, Kelly Caylor and his colleagues will use artificial intelligence technology to track and estimate changes in agricultural land use and groundwater use in places such as sub-Saharan Africa. / Courtesy of Wikimedia Commons

Caylor’s past work has been in sub-Saharan Africa, including Zambia. There, agriculture plays a crucial role for a large percentage of the population’s livelihoods and has greatly converted from rain-fed to irrigation-dependent agriculture.

In addition to figuring out where this change is occurring, Caylor and his colleagues want to know how that shifting land use may impact other important priorities for those countries.

“We’re curious to what degree this change in how agriculture is done might be impacting conservation of wildlife in the lands that are placed in conservation in sub-Saharan Africa because it’s opening up new areas for agriculture that people weren’t using before,” Caylor said.

The grant also gives free access to cloud-based tools and AI services, provided by Microsoft’s Azure platform and National Geographic Labs, that will help Caylor and his team work on their ambitious project.

“National Geographic is interested in solving this problem and answering this question, and we want to do that kind of research. Microsoft is enabling those two things to happen through the support that they’re providing computationally. And for us, that’s as much of a learning process as it is the learning process of figuring out where the agriculture is [shifting]. So everyone’s real excited about that.”

Microsoft has built a set of machines — cloud computing environments — that are “hand-tailored” for Caylor and his colleagues’ work and optimized to run the types of algorithms they implement.

Cloud computing usage hasn’t been very common in university research settings until very recently, Caylor said. One reason is because it had been set up more for commercial applications, like Netflix or Google, rather than for the tools researchers utilize.

“It’s really exciting just to see what the potential [for that technology] is, but to also have that support from Microsoft to figure out how to realize that potential,” Caylor said.

Currently the project is in its embryonic stages.

“We’re just getting started,” Caylor said. “A lot of what we’re trying to do now is getting our feet underneath us with respect to these new systems that Microsoft is giving us to work with…a lot of it is retooling and getting ready for the ‘big race.’”

“We’re learning a lot every day. That’s one of the great things about working with a company like that — they really know how to support people and help us get what we need done.”