The Daily Nexus
News
Activist Jose Vargas Comes to Campbell Hall, Discusses Experiences as an Undocumented Immigrant
February 14, 2019 at 12:04 am by Caleb Brown

Vargas is a journalist, documentarian and newly-minted author of Dear America: Notes of an Undocumented Citizen, which came out last year. He is also the CEO of Define American, a non-profit media organization dedicated to immigrant advocacy through storytelling. 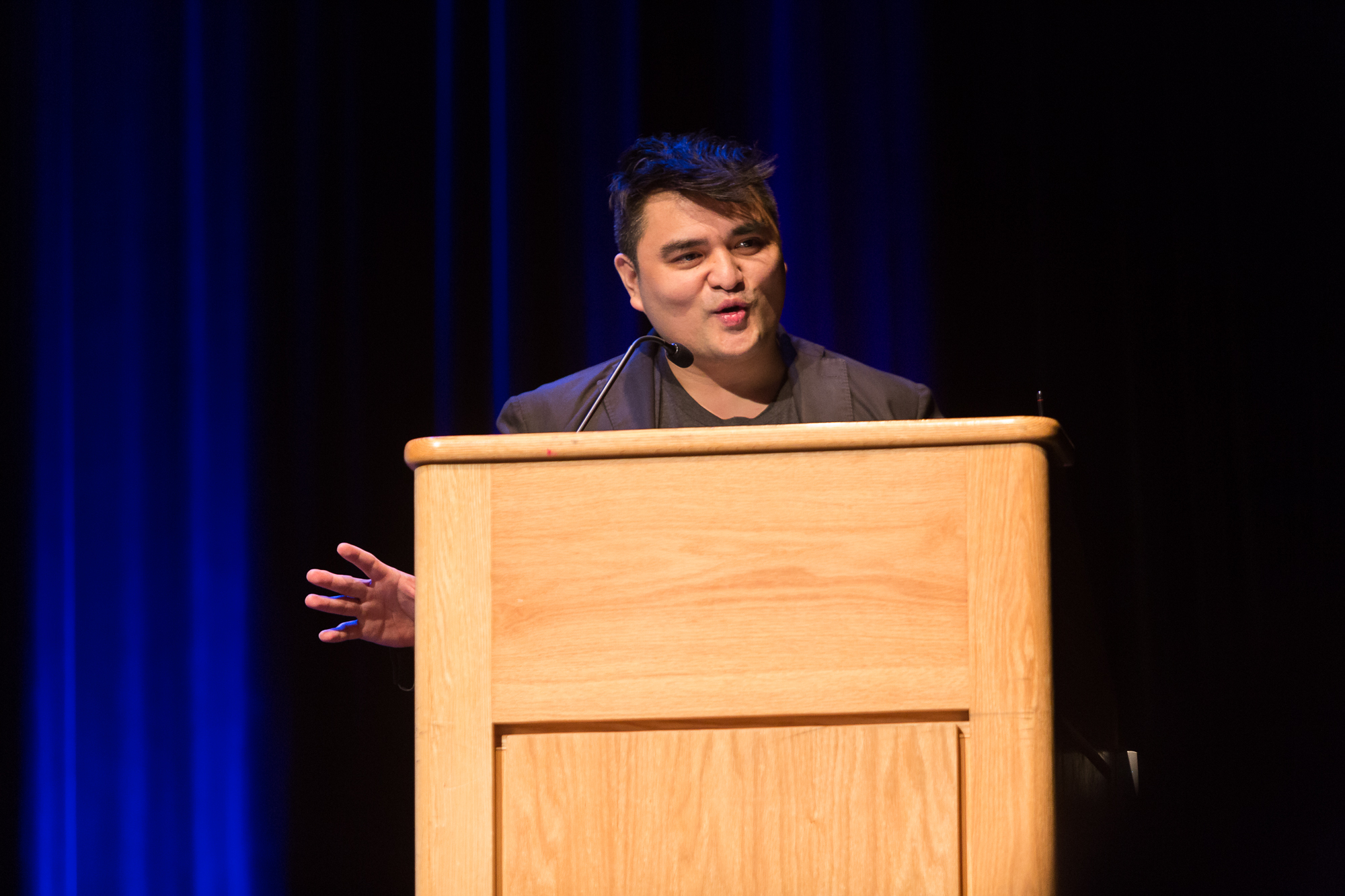 Margaret Klawunn, the vice chancellor for UC Santa Barbara’s Student Affairs, spoke briefly before the lecture, explaining that its purpose was to zero in on the diversity of undocumented people not often represented in the media.

Professor Lisa Sun-Hee Park, chair of the department of Asian-American Studies at UCSB, introduced Vargas by highlighting the significance of his lecture.

“Almost thirty 30 years after the fall of the Berlin Wall, we have made borders and walls essential fixture[s] of our national identity,” Park said.

“It is an ineffectual shortcut and unimaginative copout from dealing with the realities of a global world.”

Vargas’ appearance comes at a time when the nation approaches the possibility of another government shutdown over funding for President Donald Trump’s border wall.

Vargas referenced this topic in his opening.

“It’s really a privilege to be here tonight, considering the government may shut down again in the next couple of days, because we can’t seem to want to talk about immigration without talking about walls,” he said as he began his remarks to the crowd.

The theme of the night’s lecture was “home.” Vargas used his allotted time to attempt to tease out the contradictions in how “home” is conceptualized as an undocumented immigrant.

Vargas started the discussion by bringing up a seemingly trivial Bank of America email he received about his readiness to purchase a home.

“I saw this email on my iPhone, and the subject line is, ‘Ready to buy a home?,’ and Trump had just gotten elected President,” he said. “At that point I heard from at least 30 undocumented people of all ages who are considering leaving the country.”

Vargas said he had seriously considered leaving the United States for Canada, citing the prevalence of Filipinos in Toronto and the famous film festival named after the city.

Then he received a letter from the chief of staff for Nancy Pelosi, current Speaker of the U.S. House of Representatives, inviting him to attend Trump’s first State of the Union as her guest.

He spoke about his decision to publish an essay for the Washington Post jointly with his attendance, saying he felt it was risky considering Trump’s attitude toward immigrants, legal or otherwise.

Vargas puts his contention to those opposed to his existence plainly, sharing the opening line of his previously published essay with the audience: “This is my country, too.”

Vargas read aloud a passage from his essay explaining why he felt compelled to attend the State of the Union despite earlier considering relocating to Canada.

“I decided to show up tonight [at the first State of the Union address] because that’s what immigrants, undocumented and documented, do: We show up. Despite the obvious risks and palpable fear we show up to work, to school, to church, to our communities, in big cities and rural towns.” 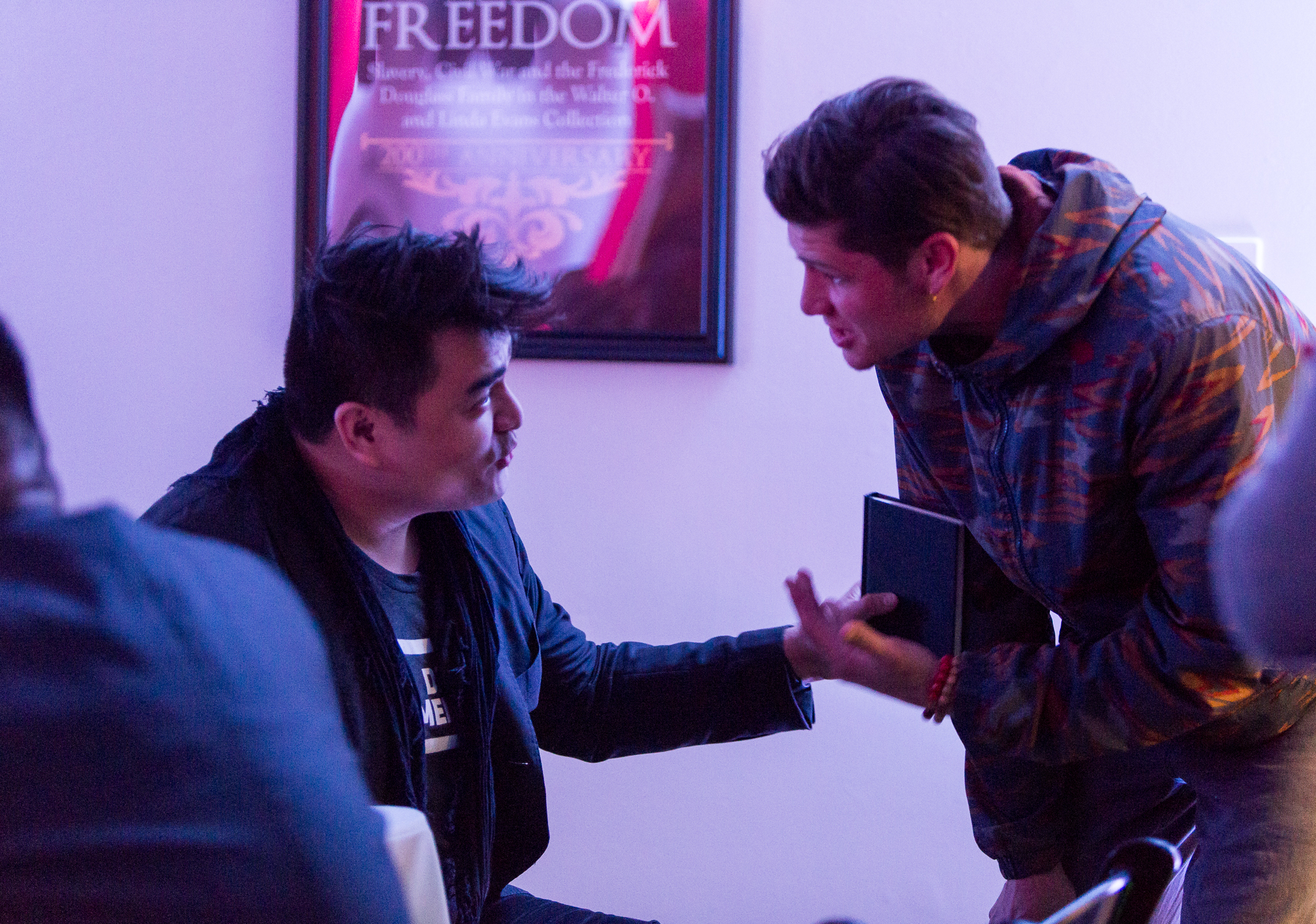 Around 30 minutes into his lecture, Vargas addressed the central, basic question regarding immigration, legal or not: “Why do people move?”

Vargas delved into issues with U.S. foreign policy, particularly that of imperialism and colonialism, regarding his home nation of the Philippines. He referenced a conservative Tea Party event in North Carolina that he attended, where he said his response to a condescending question about Filipinos presence in the U.S. was, “Sir, we are here because you were there.”

Vargas also called attention to the different ways that mass movements of people are framed.

“Why is it that when white people move it’s called courageous, necessary … Manifest Destiny [and] White Man’s Burden. Yet when people of color move, what’s the question? Is it legal? Is it a crime? Will they assimilate? When will it stop?”

Toward the end of his talk, Vargas revisited his recent book and the process behind it, detailing how the separation of the book into the themes of lying, passing and hiding came about.

“My editor did something that was really horrific. She said, ‘I want you to go home for the holidays and I want you to list the Top 20 most painful experiences of your life,’” Vargas said.

“I listed 22. When I broke them out everything had to do with either lying, passing and hiding.”

For Vargas, filling out an employment form for the San Francisco Chronicle was an especially poignant moment. At the time, Vargas was not a lawful permanent resident nor did he agree with the categorization of himself as an “alien.”

Marking himself as a citizen would constitute perjury, as a sentence on the application reminded him. Despite this, he checked himself off as a citizen.

“There was nothing else to check so I checked citizen, and whenever I checked it I actually convinced myself I was gonna go earn [citizenship].

Vargas was told later by a lawyer this past offense — a false claim to citizenship — may be the reason he never becomes a U.S. citizen.

Even worse, he said he was ‘hiding’ from his mother, not having seen her in 25 years. She herself has been waiting for 16 years to come in the legal way from the Philippines.

Vargas closed the speech by asking the audience to raise their hands if they were U.S. citizens. He implored those with their hands raised not to take their citizenship for granted.

“We have a human right to move because migration is natural, and governments, including this one, should not limit those rights,” he said.

“Home is actually not something I should have to earn.”

Caleb Brown is a reporter for the Daily Nexus and can be reached at news@dailynexus.com.

It’s too bad ICE wasn’t present at this “lecture.”

This man is a criminal and deserves to be deported. Change my mind.

Co-worker murdered by illegal with multiple arrests. Kid down the block shot by illegal during robbery. Thanks, sanctuary state. These guys could have been deported prior to these violent crimes.