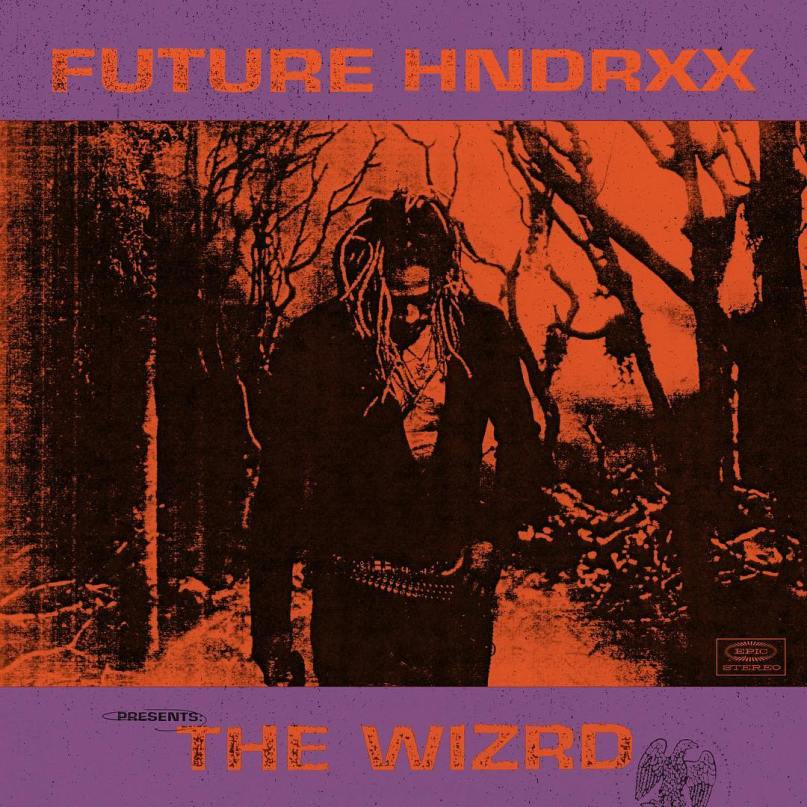 Often, the pressures of the entertainment industry push artists to change their styles to make more money. Today, there are new means and opportunities awaiting artists’ effortless abilities to expand their musical talents. For some, it’s not about moving forward or making money with their music, but rather reflecting a sense of nostalgia.

Pluto — no longer considered a planet — is also the pseudonym of one of the most influential artists in the hip-hop/rap industry today. If you’ve ever heard a young man in a song mumble, “I am Pluto,” then you have just heard the voice of Nayvadius DeMun Wilburn, a.k.a. Future, a rapper and songwriter from Atlanta, Georgia. His style envelopes a version of hip hop that he created himself, truly isolating himself from the mainstream.

With his many names, the man of the hour has just released his newest album on Jan. 18. Time after time, Future has brought back the heavy trap beats that he first started with, inducing an intense sense of jubilation. This new hip hop creation known as The WIZRD captures Future’s most hidden and magical identity as his work induces an ultimate sense of nostalgia.

His alter identity, Pluto, transcends the listener, forcing you to separate yourself from your thoughts and surroundings, making the music your sole focus. It is as if you are on a planet of your own, perhaps even on the furthest and most barren of them all: Pluto. This new record is a step forward to a brighter future for us all.

Let’s dive into Future’s nostalgia together through the novel sounds that he traps us into with this classic album.

The first track on the album, “Never Stop,” is the most sentimental — especially when Future rhymes, “You can feel the pain when I’m rappin’ cause I’m ragin’/You can see my past and where I was on their faces.” It sets up the album as more of an introspective experience into the Wizrd’s soul, rather than just something to listen to. It brings you back to his 2015 mixtape days where the expression of his losses sets you up for the most intense of stories.

From then on, it’s like an adrenaline rush. Each track is a development of the cyclical nature of Future — psyche, life, love, loss and most of all, sound. Tracks like, “Rocket Ship,” “F&N,” “Talk S**t Like a Preacher,” “Promise U That” and “Stick to the Models” all elevate the mind and the soul. In all these cuts Future illustrates his life stories to show you how unstoppable he is and how unstoppable you can and will be if you just take a listen.

“Unicorn Purp” is one of the few songs on the album with a feature that includes Young Thug and Gunna. Not any artist gets to end up on an album with Future. His selection of features is very narrow, but that’s because not every voice fits into the aura of head-banging music that Future creates.

Do you feel the crowd in your head as you blast his voice through your speakers, feeling your head bob like a maniac? That is the power of Future: to make you feel the insane need to be that crazy go-getter of a person that you’ve always wanted to be.

Then there’s “Temptation” and “Baptize,” but why bring these up as a separate entity from the rest? Because this Wizrd tries to play a trick on us all; he has no magical wand, just the realm of his musical imagination. The smallest yet most intricate patterns are woven into a melody of sounds not everyone may notice.

Both “Temptation” and “Baptize” enclose warped soundtracks of two of Future’s classics. In “Temptation” the ending is actually the intro to one of his older songs, “Honest.” He is explicitly showing us that he wants us to recall the memories that he is trying to hold on to, the ultimate nostalgia.

With “Baptize” comes a break in the lyrics where he uses the beat from another old hit, “Slave Master.” Future’s references in these two tracks gives a sense that his artistry is rooted in meaning, not just another hit to top the charts.

Over time artists change, but Future has proven with yet another album that no one can change him or his music.

If you haven’t already, it’s time to immerse yourself into a track of songs that will not only bring you back to who Future really is, but will bring you back to remember what’s most important in your life. So go find your medium, whether that be music or writing, art or god knows what, and use your nostalgia as inspiration. Tell your story. The outcome might be pretty darn good, trust me. And if you don’t believe me, “go ask Tanya.” I’m just bein’ honest.