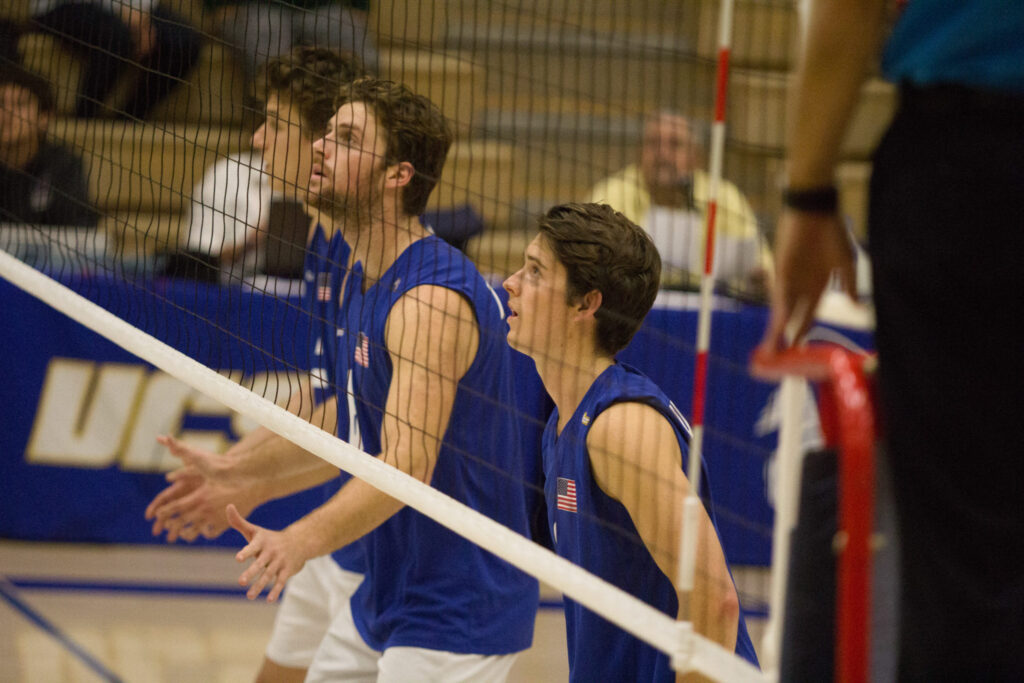 From start to finish, the No. 6 UCSB men’s volleyball team was playing with some major confidence when it took the court on Friday night against unranked Ohio State leading to a 3-0 win over the Buckeyes with set scores of 25-22, 25-22, 25-12 at the AVCA Showcase for its seventh consecutive victory. This also marks the third-straight match the Gauchos have won in a sweep.

“Fun to play a top program from the MIVA. Guys started a little slow from the device line but improved as the match went on. We will have to play better tomorrow to beat the top team from the EIVA,” Head Coach Rick McLaughlin said.

With its seventh straight win, UCSB is now 10-3 on the year and is one victory away from matching its total win count from last season. Ohio State drops to 4-7 on the year and has now lost four of its last five contests. OSU’s next match is against No. 1 LBSU.

UCSB’s .423 hitting percentage is the third highest total it has earned in a match. Furthermore, Santa Barbara had 13 fewer attacks than Ohio State but seven more total kills.

Still, in the first set, the Buckeyes came out strong matching the Gauchos point for point early on and eventually stretching a four-point lead at 15-11 thanks to a few UCSB errors. Santa Barbara battled back to eventually tie the match at 21-21.

Junior opposite Keenan Sanders then broke the tie with a kill and, with his team up 24-22, clinched the first set with another kill. Sanders played probably his most efficient game all season totaling nine kills on just 10 total attacks with no errors.

In total, UCSB had 13 kills in the first.

In the second set, much of the same continued from the first with both teams continuing to trade points throughout. With the match tied at 10-10, however, the Gauchos won 10 of the next 15 points to take a commanding 20-15 lead.

Looking to get back into the match, Ohio State’s junior outside hitter Reese Devilbiss tallied two straight kills and, following a UCSB service error, the Buckeyes were within two at 20-18. Devilbiss had nine kills on the night, the most of any Buckeye.

With the lead dwindling, UCSB’s star outside hitter Corey Chavers would go onto seal the match earning three kills in the Gauchos last five points to help UCSB seal another 25-22 set win. On the night, Chavers would finish with a game-high 10 kills and on a very impressive .381 hitting percentage.

Up 2-0 with just one more set win to seal the match, UCSB came out strong. Tied at 5-5, the Gauchos put together a 12-4 run to take a 17-9 lead with multiple Gauchos earning their fair share of kills. From there, UCSB coasted and earned the 25-12 set win to take the match 3-0.

Aside from dominating on the offensive end, the Gauchos also had 26 team digs with redshirt senior Hayden Boehle having a game-high 10 digs. Additionally, UCSB tallied 6.5 blocks compared to just one for the Buckeyes.

Setter Randy DeWeese also had a solid outing racking up 30 assists, the fifth time in the last six matches the junior has had 30 or more assists in a game.

Following yet another 3-0 win there is no doubt that UCSB is playing with all-time high confidence. Seven straight wins speak for themselves, but the fact that Santa Barbara is doing this not just at home but also on the road and against impressive powerhouse programs seem to bode well for this programs championship hopes this season.

Still, the Gauchos have a long way to go if they want to beat the top teams not just in this country but in their own conference. Seven wins might be enough for some coaches. Not McLaughlin.

UCSB will take on Penn State at 6 p.m. on Saturday, Feb. 9 at the Walter Pyramid Arena to conclude the AVCA Showcase.