The Daily Nexus
News
Tree Falls on IVFP During Heavy Rain
February 2, 2019 at 11:21 am by Evelyn Spence

A eucalyptus tree fell on the Isla Vista Foot Patrol around 5 a.m. this morning, according to the Santa Barbara County Sheriff’s office. 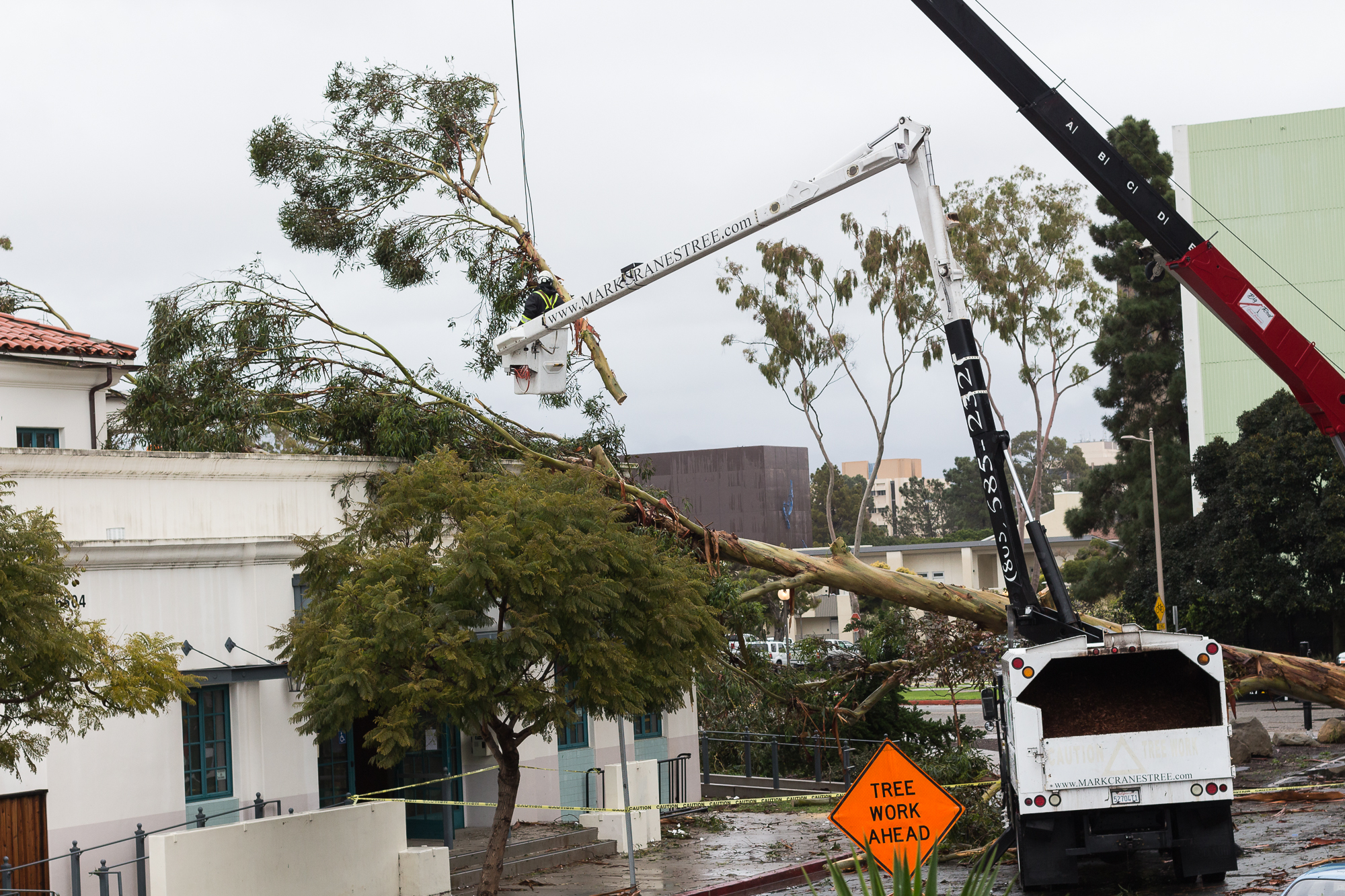 As stated in a tweet posted to the office’s social media, no one was hurt by the falling tree.

A two-person crew is currently working to remove the tree, according to a Nexus reporter at the scene. It will be a “couple of hours” before the tree is fully removed, sheriff’s spokesperson Kelly Hoover said.

The sheriff’s office warns people to watch out for falling trees and other hazards that may have resulted from the storm.

Update: The tree has been removed from the building as of 3 p.m.