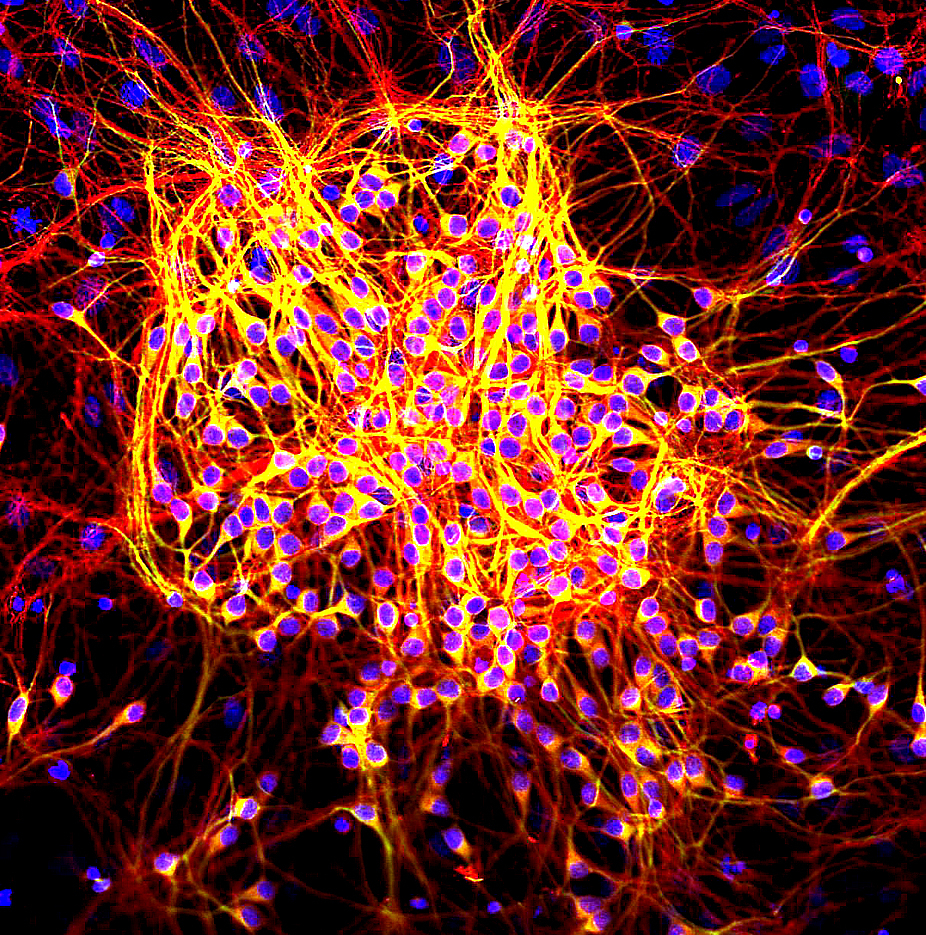 Tau protein is found in neurons, including on dendrites and axons. Tau accumulation is often seen in neurodegenerative diseases such as Alzheimer’s, disrupting brain cell function, which eventually results in their death. / Courtesy of Wikimedia Commons

“Pick’s disease and Alzheimer’s disease, two different neurodegenerative diseases, have been found to have different shape of tau aggregates in the brain. So it’s very important you have some type of equivalent between at the molecular level — the shape of your aggregates — and at the organism level — the disease you have,” Yann Fichou, a UC Santa Barbara postdoc researcher in the Songi Han research group, said.

But studying the intricate transition from a healthy, soluble form of tau to a pathological, insoluble form presents various challenges. Tau itself is a complicated structure. It’s an intrinsically disordered protein, so it doesn’t have a well-defined structure in solution.

“That makes most of the methods used in the structural biology and physical chemistry hard to apply for this protein because it’s too flexible and too dynamic,” Fichou said.

Since tau can’t be studied in situ (in the brain), researchers often use models to reproduce tau aggregation procedures. This can be accomplished with tau, a cofactor and a seed template. The seed helps trigger aggregation, from which the tau fiber grows.

“What we show in this study is that the seed compilates or gives a certain shape that you can call shape ‘A’ in your seed so that what you grow from this seed will most likely be shape ‘A’ as well,” Fichou said.

“We have the protein in tubes, and then you make aggregates with a cofactor. The reason why you need a cofactor is as simple as because you can’t reproduce what you find in the brain without the cofactor,” he added.

In fact, the cofactor plays a more significant role in the aggregation process than was previously thought, according to the researchers’ study. Their findings, “Cofactors are essential constituents of stable and seeding-active tau fibrils,” appear in the Proceedings of the National Academy of Sciences.

Without a cofactor, immature tau is much less likely to replicate the shape of the pathological tau seed. Focusing more on cofactors, including figuring out how they promote the fibril formation mechanism, could be crucial in learning more about how tau aggregation is implicated in certain diseases, the researchers said.

With this new perspective, prospective areas of study would seek to pinpoint the identities of potential cofactors and determine if there is one or several. Another area of study would further investigate and better characterize the seed, which has also been previously largely neglected in studies. “Does a certain seed pair with a certain cofactor, or do they work independently?” asked Fichou.

This could change how future research approaches studying the mechanism of how tau changes from a healthy to pathological state, according to Lin. He said, “We should focus on the role of cofactors, instead of just [thinking about] cofactors as a tool to study tau.”